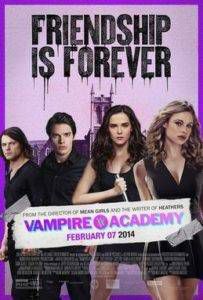 I am a die-hard fan of Richelle Mead’s Vampire Academy series. So, when I heard that it was going to be a movie I was excited. I mean, I made a campaign page on Facebook for Lyndsy Fonseca to play Rosemarie “Rose” Hathaway. It was something a lot of fans were doing at the time. We even managed to get Lyndsy’s attention too. In the end, when they cast Zoey Deutch, I accepted it and was still optimistic.

I felt there was no way they could mess this up. While the public may have become fatigued of vampires, Vampire Academy had a lot of things going for it. It wasn’t a love story driving the plot, rather two best friends trying to navigate high school and the dangerous hierarchy within it. Along with the lies, rumors, and secrets, Rose Hathaway had to figure out who was a threat to her best friend, Vasilisa “Lissa” Dragomir. There was action, mystery, and romance.

Unfortunately, several things kept it from being a hit. A vocal group of fans was disappointed with the casting of certain characters, so that turned some fans away. The writers went too far with the Mean Girl humor, and it cheapened the glib and sarcastic humor of Rose. While it worked in some instances, they were too heavy-handed. Also, the studio ruined the promotion for the film; they put out teasers and trailers too late for a Valentine Day release.

I believe Vampire Academy would be better suited for the small screen because there’s a lot of material to cover and I don’t think a movie franchise could cover everything a television series could. The show could spread it over the seasons, and we can watch our protagonist grow and change in ways a movie wouldn’t allow due to time constrictions. Also, I think a television show could get the nuance and tone right as well. 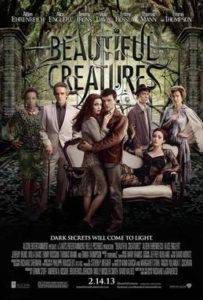 While I wasn’t initially familiar with Beautiful Creatures, a trailer for the film piqued my interested. I went to see the movie with one of my best friends, who’d read the first book of the series by then. At the time we enjoyed the film because it felt different. You never got to see a human boy chase after a supernatural girl. In the age of Twilight that felt huge. In the beginning, Lena rejected Ethan and kept him at a distance because she wasn’t sure what would become of her after she got claimed. But of course, that didn’t stop Ethan. My best friend and I hoped for a sequel, but it never came.

Beautiful Creatures never reached its intended audience as the studio wanted. The fans of the series were excited about the film, but the rest of the public failed to hop aboard the bandwagon. Critics called it a gender-swapped Twilight, and that probably drove some people away. And some fans were upset that it strayed away from the source material. A vital aspect of the book that is missing from the movie is “kelting”—which is the ability to communicate with each other telepathically. Something Ethan and Lena do throughout the entire book, even when physically apart. Illustrating just how strong their bond is. Also, the movie quickly touched on Ethan’s grieving father, Mitchell, who we never see in the film. But in the book, his emotional absence is a constant reminder of Ethan’s upsetting home life. So, word of mouth amongst fans could have added to that as well.

I think Beautiful Creatures could do well with a reboot. But the movie should adhere closer to the source material. It seems like there is a resurgence coming for witches; The CW is developing two well-known properties, Sabrina the Teenage Witch and Charmed. I think a reboot that sticks to the dark elements of the Casters world, like in the books, would appeal to today’s audience. And honestly, I would like a reboot because I love witches and they don’t have as big of a resurgence like vampires and werewolves. They are so human and vulnerable in ways other supernatural creatures aren’t, and I can’t get enough of them. 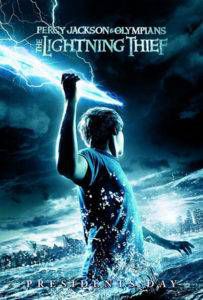 I didn’t know much about Percy Jackson, but I did remember that my oldest nephew was excited about it. Being me, I researched the series and found out everything I could. The Lightning Thief is the first book in the Percy Jackson & the Olympians series, which follows the adventures of twelve-year-old Percy Jackson as he discovers he is a demigod, the son of a mortal woman and the Greek god Poseidon. Throughout figuring out his powers, Percy and his friends, Annabeth Chase and Grover Underwood go on a quest to prevent a war between the gods Zeus, Poseidon, and Hades. While my nephew and mother liked it for what it was; most of the fans I encountered didn’t like it because it wasn’t faithful enough to the book.

There were a few problems with it. First, they aged up the characters, which I assume they did to stop the comparisons to Harry Potter. However, I believe it worked against them because they could have followed the path Harry Potter forged and spread the material across several films. It would have allowed the younger fans to grow with the series as well as the actors.

Second, they left out characters and essential plot points. By spreading things out, it could have solved some problems like missing characters and plots. For example, Clarisse La Rue is the bully at Camp Half-Blood, but she is notably missing from the first film. Some aspects of her character are combined with Annabeth. In the book, Ares had a central role, but in the movie, he only appears at the meeting in Olympus. Also, The Oracle of Delphi gives out prophecies and quest but is never incorporated into the movie. However, she does make an appearance in the second film.

Percy Jackson has so much material and an elaborate mythology that I think it would be better suited for television. The small screen would give Percy Jackson’s character development and complex mythology time to shine. It could premiere on a network like Disney or Nickelodeon allowing them to appeal to the younger audience the books were meant for. 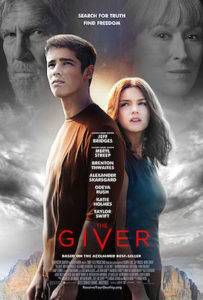 In high school, I had to read The Giver over the summer for assigned reading. It’s been awhile since I read the book so my memory may be a little fuzzy. But I do know that the movie suffered from the same problems as Percy Jackson. They aged up the main character and added a romantic plot, both of those things took away from the magic that made The Giver special.

The Giver is a simple story. The entire story revolves around the relationship between Jonas and the man he has to replace, the Giver. While it’s not a terrible adaptation, it’s merely okay. The movie added a lot of unnecessary elements. And by the time it was released the public had grown tired of dystopian movies. When The Giver premiered, The Hunger Games was one film away from wrapping up. Even established franchises felt the effects of the public’s fatigue: Divergent’s last movie, Ascendant, was canceled.

I think a made-for-TV movie would work best. It would give the fans a sense of justice by following the book more closely and focusing on the relationship between Jonas and the Giver. In addition to highlighting the internal conflict, he has throughout the book.