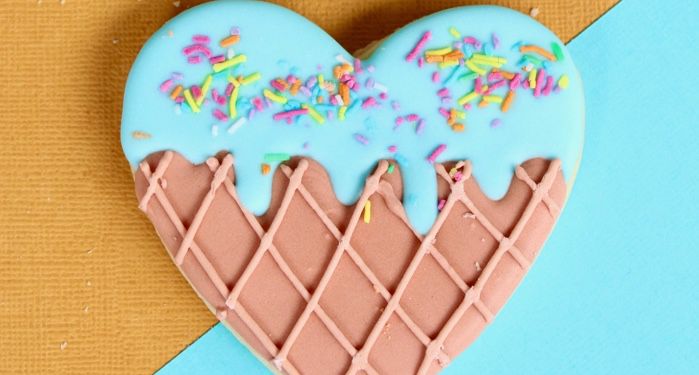 This list of six ya authors writing romance novels was originally published in our YA newsletter, What’s Up in YA? Sign up for it here to get YA news, reviews, deals, and more!

In previous newsletters, I’ve talked about YA authors who’ve delivered adult novels or middle grade novels in their careers. Today, let’s take a look at YA authors who have or will be publishing adult romance novels recently/soon.

Something to note here before proceeding: this list was developed looking at writers who began their careers as YA authors and have now added romance to their oeuvre. It certainly doesn’t touch on the romance authors who’ve delivered YA books during their careers. The romances below are far straighter than representative of YA books or romance books, but as more writers expand their writing, hopefully we’ll be able to see more queer romances hitting shelves from talented queer YA authors.

Doller’s YA books include Something Like Normal, Where The Stars Still Shine, Start Here, and more. 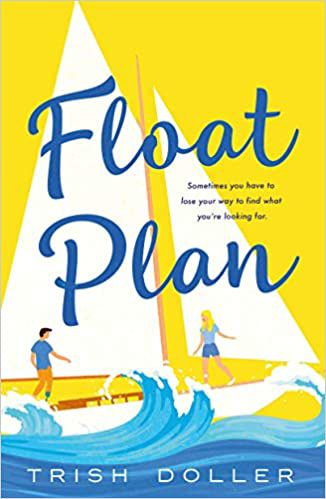 After a reminder goes off for the Caribbean sailing trip Anna was supposed to take with her fiancé, she impulsively goes to sea in the sailboat he left her, intending to complete the voyage alone.

But after a treacherous night’s sail, she realizes she can’t do it by herself and hires Keane, a professional sailor, to help. Much like Anna, Keane is struggling with a very different future than the one he had planned. As romance rises with the tide, they discover that it’s never too late to chart a new course.

In Trish Doller’s unforgettable Float Plan, starting over doesn’t mean letting go of your past, it means making room for your future.

Emily Henry’s career has just exploded with the release of her first romance book that hit shelves last May (below) and anticipation over her forthcoming People We Meet On Vacation (May 11). But before her romance works, she wrote a handful of YA books, including A Million Junes and The Love That Split the World. 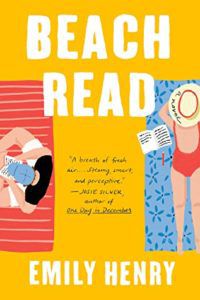 Augustus Everett is an acclaimed author of literary fiction. January Andrews writes bestselling romance. When she pens a happily ever after, he kills off his entire cast.

In fact, the only thing they have in common is that for the next three months, they’re living in neighboring beach houses, broke, and bogged down with writer’s block.

Until, one hazy evening, one thing leads to another and they strike a deal designed to force them out of their creative ruts: Augustus will spend the summer writing something happy, and January will pen the next Great American Novel. She’ll take him on field trips worthy of any rom-com montage, and he’ll take her to interview surviving members of a backwoods death cult (obviously). Everyone will finish a book and no one will fall in love. Really.

If immediately seeing the name makes you think of the recently-released mega-selling book The Wife Upstairs, indeed, that’s one of Hawkins’s titles. But prior to that twisty thriller, Hawkins wrote a number of YA books, including Hex Hall, Rebel Belle, Prince Charming, and more.

Later this year, Hawkins is trying her hand at romance as well, under the pen name Erin Sterling.

The Ex Hex by Erin Sterling (October 5, no cover yet)

Nine years ago, Vivienne Jones nursed her broken heart like any young witch would: vodka, weepy music, bubble baths…and a curse on the horrible boyfriend. Sure, Vivi knows she shouldn’t use her magic this way, but with only an “orchard hayride” scented candle on hand, she isn’t worried it will cause him anything more than a bad hair day or two.

That is until Rhys Penhallow, descendent of the town’s ancestors, breaker of hearts, and annoyingly just as gorgeous as he always was, returns to Graves Glen, Georgia. What should be a quick trip to recharge the town’s ley lines and make an appearance at the annual fall festival turns disastrously wrong. With one calamity after another striking Rhys, Vivi realizes her silly little Ex Hex may not have been so harmless after all.

Suddenly, Graves Glen is under attack from murderous wind-up toys, a pissed off ghost, and a talking cat with some interesting things to say. Vivi and Rhys have ignore their off the charts chemistry to work together to save the town and find a way to break the break-up curse before it’s too late.

Who else is absolutely excited to see what Menon does with romance, given how fabulous her YA books are? For readers unfamiliar with her YA, you will want to grab When Dimple Met Rishi and the accompanying books in the series, as well as her newest series, beginning with Of Curses and Kisses. 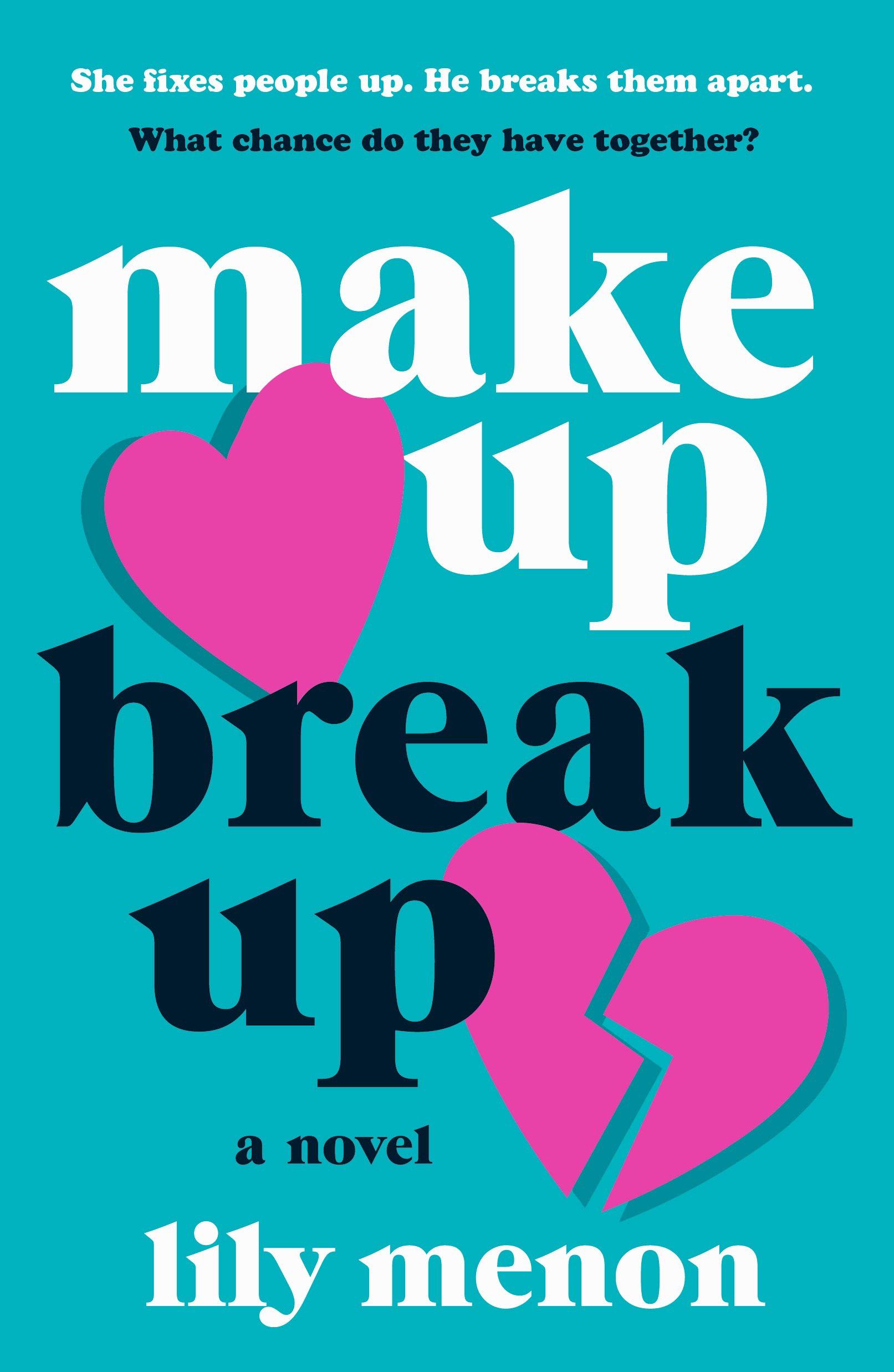 Make Up Break Up by Lily Menon

Love, romance, second chances, fairy-tale endings…these are the things Annika Dev believes in. Her app, Make Up, has been called the “Google Translate for failing relationships.”

Which wouldn’t be a problem if they’d gone their separate ways after that summer fling in Las Vegas, never to see each other again. Unfortunately for Annika, Hudson’s moving not just into her office building, but into the office right next to hers. And he’ll be competing at the prestigious EPIC investment pitch contest: A contest Annika needs to win if she wants to keep Make Up afloat. As if it’s not bad enough seeing his irritatingly perfect face on magazine covers when her own business is failing. As if knowing he stole her idea and twisted it into something vile—and monumentally more successful—didn’t already make her stomach churn.

As the two rival app developers clash again and again—and again—Annika finds herself drawn into Hudson Craft’s fast-paced, high velocity, utterly shallow world. Only, from up close, he doesn’t seem all that shallow. Could it be that everything she thought about Hudson is completely wrong? Could the creator of Break Up teach her what true love’s really about?

Park made her debut in YA just a couple of months before her romance hit shelves, and in 2021, she’ll be doing something similar in releasing a YA book and then a romance title.

Her currently available YA book is The Perfect Escape, which will be followed by June’s release of Sunny Song Will Never Be Famous. Below is Park’s first romance, available now, and her second romance, So We Meet Again, will hit shelves in August. 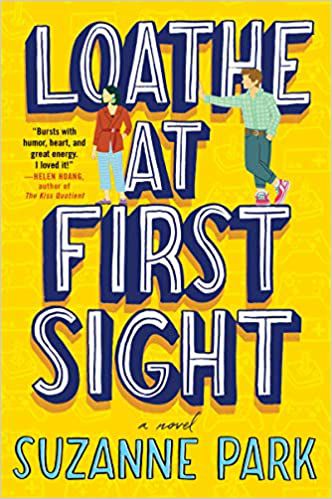 Melody Joo is thrilled to land her dream job as a video game producer, but her new position comes with challenges: an insufferable CEO; sexist male coworkers; and an infuriating—yet distractingly handsome—intern, Nolan MacKenzie, aka “the guy who got hired because his uncle is the boss.”

Just when Melody thinks she’s made the worst career move of her life, her luck changes. While joking with a friend, she creates a mobile game that has male strippers fighting for survival in a post-apocalyptic world. Suddenly Melody’s “joke” is her studio’s most high-profile project—and Melody’s running the show.

When Nolan is assigned to Melody’s team, she’s sure he’ll be useless. But as they grow closer, she realizes he’s smart and sexy, which makes Melody want to forget he’s her intern. As their attraction deepens, she knows it’s time to pump the brakes, even with her Korean parents breathing down her neck to hurry up and find a man.

With her project about to launch, Melody suddenly faces a slew of complications, including a devastating trolling scandal. Could the man she’s falling hard for help her play the game to win—in work and in love?

Solomon has been releasing YA books for the last few years, including You’ll Miss Me When I’m Gone, Our Year of Maybe, and Today Tonight Tomorrow. Her first romance hit shelves in January. 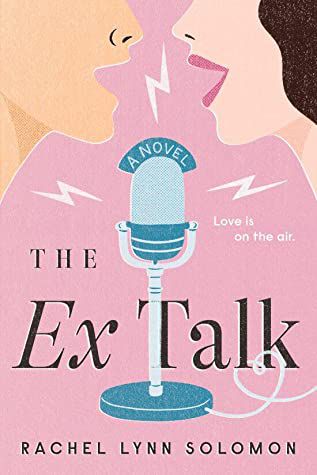 Shay Goldstein has been a producer at her Seattle public radio station for nearly a decade, and she can’t imagine working anywhere else. But lately it’s been a constant clash between her and her newest colleague, Dominic Yun, who’s fresh off a journalism master’s program and convinced he knows everything about public radio.

When the struggling station needs a new concept, Shay proposes a show that her boss green-lights with excitement. On The Ex Talk, two exes will deliver relationship advice live, on air. Their boss decides Shay and Dominic are the perfect co-hosts, given how much they already despise each other. Neither loves the idea of lying to listeners, but it’s this or unemployment. Their audience gets invested fast, and it’s not long before The Ex Talk becomes a must-listen in Seattle and climbs podcast charts.

As the show gets bigger, so does their deception, especially when Shay and Dominic start to fall for each other. In an industry that values truth, getting caught could mean the end of more than just their careers.

Thanks for hanging out, and we’ll see you later this week!

—Kelly Jensen, @heykellyjensen on Instagram and editor of Body Talk, (Don’t) Call Me Crazy, and Here We Are.