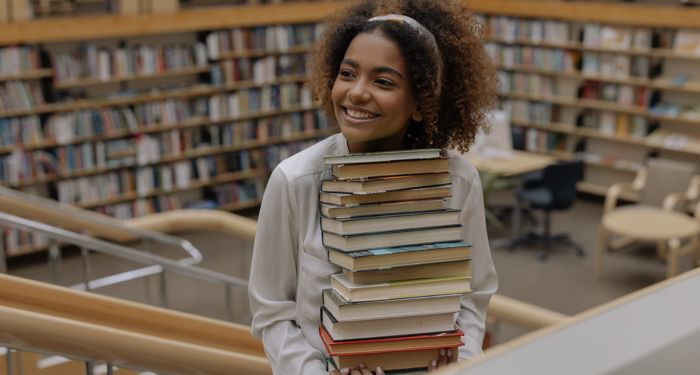 Is there anything better than finding an author whose work you love, and then marathoning their entire backlist of books? (Backlist, for those unfamiliar with the term, simply refers to all of the books that an author has written that aren’t their brand-new titles.) In my constant state of reading new books, it’s not often that I pick up a book by an established author and love it so much that I go on a book-buying spree and simply must read everything they’ve ever written…but when I do, it’s really fun. It’s also so interesting to recognize rhythms and recurring themes to a writer’s work when you read everything they’ve ever written, especially if they write across multiple genres.

Young adult has been a category for a number of decades now, but YA as we know it really began to come of age in the late 90’s and early 2000’s. There are a lot of YA authors out there who have bene publishing for over ten years, and continue to produce YA books frequently, and so we thought it would be fun to take a look at some YA authors with deep backlists who have been publishing for over ten years. You’ve most definitely heard of these authors, but maybe you didn’t realize they had quite so many books to their name! Either way, you’re about to learn about some older but amazing YA titles you shouldn’t miss!

Note: Since there are so many authors I could highlight, I limited this list to authors who’ve published YA consistently over their careers and have been publishing for ten years or more, and when possible I tried to include authors who have new YA release out within the last two years or have one expected within the next year! 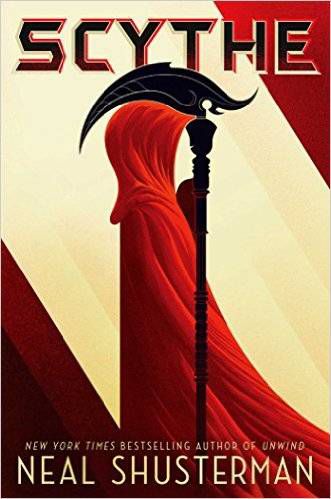 When the teens I worked with as a librarian came to me proclaiming that I simply HAD to read Scythe, I was a little surprised to learn that many of them had never encountered dystopian fiction before that book. That felt especially ironic considering Neal Shusterman’s Unwind was my first dystopian YA read as a teen nearly fifteen years earlier. Shusterman has written a whole slew of speculative fiction, from the Unwind series, the Arc of the Scythe series, the Skinjacker trilogy, National Book Award winner Challenger Deep, as well as many other series and novels spanning from the late 80’s to today! He’s even co-written the books Dry and Roxy with his son, Jarrod Shusterman. Check out our deep dive into Shusterman’s work and how he’s evolved as a writer over the decades. 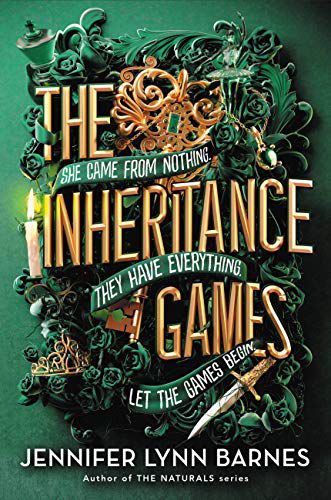 Jennifer Lynn Barnes is topping bestseller lists with her newest trilogy, The Inheritance Games and sequels, but she’s been writing YA books since 2006 and has over 20 books to her name. Some of her earlier mystery and thriller series include The Squad series, The Naturals and sequels, as well as The Debutantes series. She’s also the author of the paranormal series Raised by Wolves, the standalone The Lovely and the Lost, and political thriller series The Fixer. Marie Lu came onto the scene in 2011 with the publication of Legend, the first in a dystopian trilogy (now series) about two enemies who find they have more in common with each other than they realized. Since then, Lu has published over ten more sci-fi, dystopian, and fantasy novels, as well as three graphic novel spin-offs of Legend. Check out her Young Elites series for a fantasy adventure and villain origin story, the Warcross series for a tech thrill ride, and The Kingdom of Back for a standalone historical novel! Her latest release is Steelstriker, sequel to Skyhunter! Deb Caletti has been publishing YA books for 20 years. She made her debut in 2002 with The Queen of Everything (I can still remember checking it out from my local library when I was a teen in the mid aughts!) and has followed it with many contemporary YA novels about complicated issues of family and love and being a young woman in the world ever since. Honey, Baby, Sweetheart, her second book, was a National Book Award finalist. Twelve more books for teens and a couple of adult books and one middle grade novel followed, and Caletti’s A Heart in a Body in the World received the Printz Honor is 2018. Her most recent release is One Great Lie, and her new YA novel The Epic Story of Every Living Thing will be out in September. David Levithan is like the godfather of queer YA lit! Not only is he a prolific author, but he’s also worked for many years as an editor at Scholastic where he founded the imprint PUSH. Although he penned many franchise books, his novel Boy Meets Boy released in 2003 and received a Lambda Literary Award, and he followed it up with many other books including Love is the Higher Law, Every Day and sequels, Two Boys Kissing, and more. He’s also co-written YA novels with other established YA authors, including Rachel Cohn (with whom he wrote Nick and Norah’s Infinite Playlist), Andrea Cremer, Nina LaCour, John Green, and Jennifer Niven. Taherah Mafi is the author of the bestselling speculative novel Shatter Me, which was released in 2011 and sparked multiple sequels set in the same world, as well as novellas and short stories. While she might be best known for her Shatter Me characters, she’s also written two realistic YA novels: A Very Large Expanse of the Sea (which was longlisted for the National Book Award) and An Emotion of Great Delight. Her newest YA release is This Woven Kingdom, the first in a new fantasy series, and she’s also written middle grade novels. Jacqueline Woodson is a powerhouse author of books for teens, kids, and adults, and she’s won many awards and accolades for her work, including the National Book Award, Coretta Scott King honors, multiple Newbery Awards and honors, and YALSA honors. Her YA work includes The House You Pass on the Way, I Hadn’t Meant to Tell You This, If You Come Softly (which was reissued in 2018), Miracle’s Boys, and Beneath a Meth Moon. 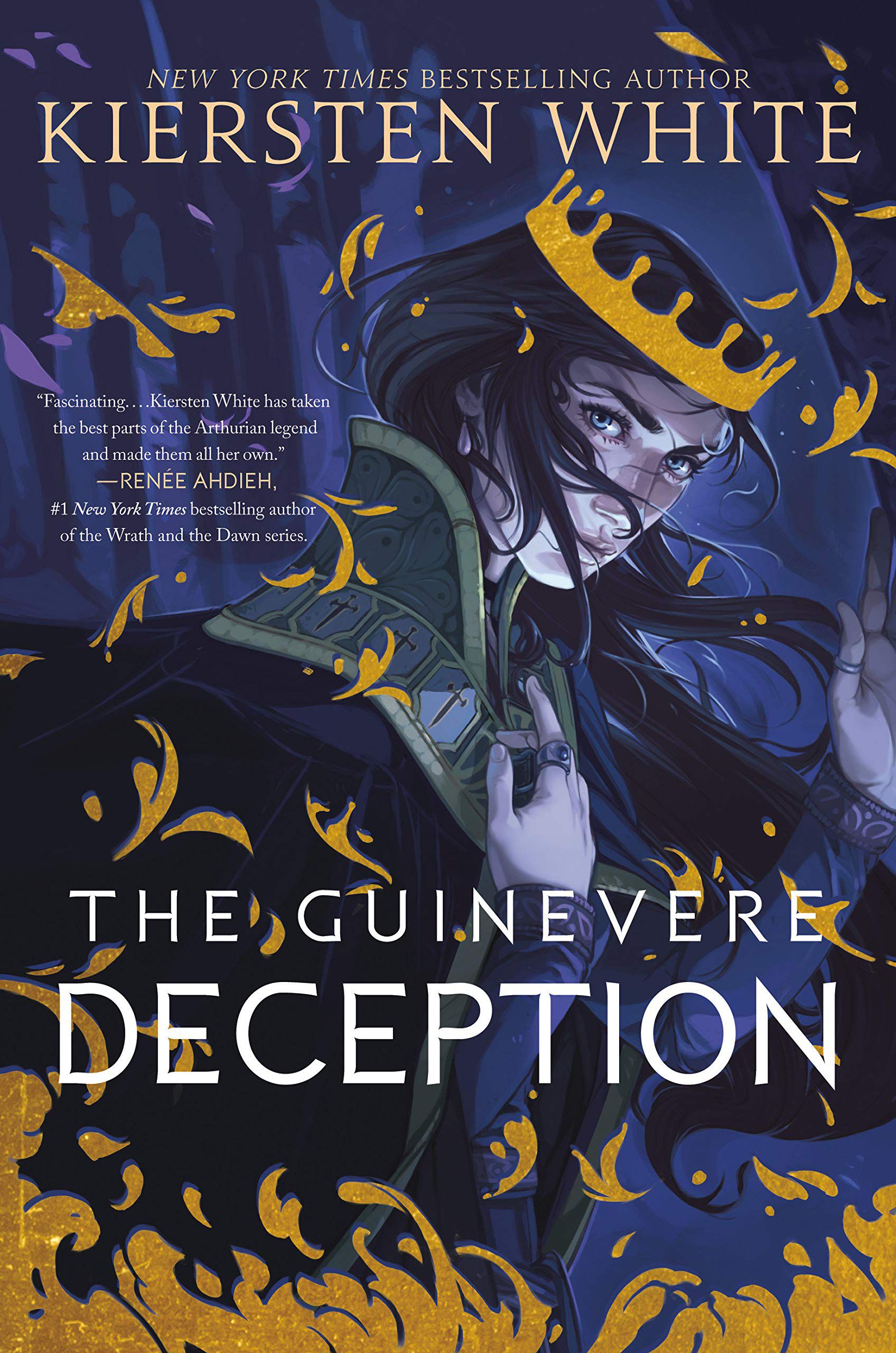 Kiersten White writes retellings, fantasy, and paranormal books for teens, usually with a great sense of humor and high stakes. She’s written nearly 20 books for teens (not to mention books for adults and children as well!), including the And I Darken trilogy, The Dark Descent of Elizabeth Frankenstein, The Guinevere Deception and sequels, as well as two Buffy the Vampire Slayer novels and a Star Wars novel about young Obi-Wan Kenobi. She’s incredibly prolific, and if you want an author with a wide range and deep backlist, explore her books! A.S. King is the Printz Award and Honor-winning author of ten YA books as well as middle grade novels and many short stories. She’s best known for her Printz Award winner Dig, and her Printz Honor book Please Ignore Vera Dietz. Her work is surreal, weird, and hard-hitting as it explores a wide array of topics affecting teens, from school shootings to white supremacy, bullying to toxic family relationships. Her latest novel is Switch, and her debut novel The Dust of 100 Dogs was re-released a couple of years ago from Speak. I’m making a slight exception to my criteria and including Jenny Han in this list, even though she hasn’t released a YA novel lately. She has, however, produced one of the biggest hit teen TV shows of the year in The Summer I Turned Pretty, which is an adaptation of her debut YA novel. It’s followed by two sequels, and of course, the To All the Boys I’ve Loved trilogy, which was also adapted for screen by Netflix. Han is also the author of the Burn for Burn trilogy, co-written with Siobhan Vivian, as well as a middle grade novel, picture book, and short story in the collection My True Love Gave to Me. Shaun David Hutchinson is the YA author of 11 novels, the editor of two YA anthologies, and has written one YA memoir, Brave Face. His work tends to focus on queer teens and their experiences, and his titles include We Are the Ants, The Five Stages of Andrew Brawley, Howl, The Apocalypse of Elena Mendoza, The Past and Other Things That Should Stay Buried, and A Complicated Love Story Set in Space. He’s won many awards and received many honors for his work! 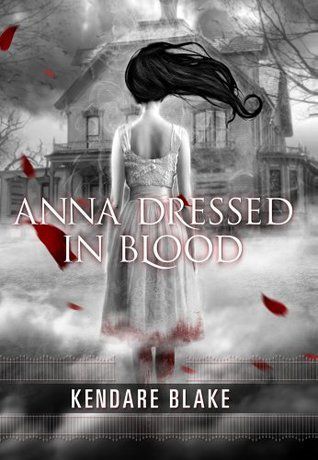 Kendare Blake’s Anna Dressed in Blood debuted in 2011 and quickly became a hit. Since then, she has written horror, speculative fiction, and fantasy. Her other series include the Goddess Wars series, the Three Dark Crowns series, and the In Every Generation series, which is set in the Buffy the Vampire Slayer universe. Her most recent standalone release is All These Bodies, a horror/suspense novel, and more books are on the way!

I couldn’t write this list without some honorable mentions! If you want to discover more great, prolific authors, check out:

Have fun diving through these backlists! We hope you discover your new favorite author!

What Was the First YA Book?

Why Young Adult Books Still Appeal to Me as an Adult