April kicked off with Awesome Con, D.C.’s own comic con experience. It featured many of the classic fan experiences, like Q&A with everyone from Sean Gunn to the Boy Meets World cast to a Buffy retrospective 20 years later. But it also features a number of authors local to the Washington, D.C. area, which happens to be my favorite part.

Or to put it more bluntly, I may have utilized some—very light—stalking tactics.

But of all the author panels I went to, one on Sunday featuring a crew of young adult authors stood out. It was  full of smart, thoughtful and diverse young adult authors, and they clearly knew each other well. And when the panel is having so much fun on stage, the audience has fun too.

So, here I am to tell you all about it. I just added these authors to my to-be-read list, and you should too. 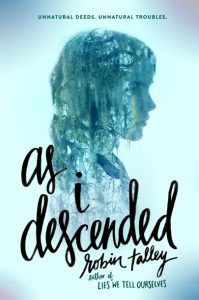 A repeat New York Times bestseller, Talley writes across many genres with a focus on LGBTQ characters. Her prolific work stretches from historical to romance to speculative, and why not, Shakespearean rewrites.

Start with: As I Descended

Two high school girls who are secretly dating pool their sizable influence to take down the only thing standing in the way of their perfect future: Delilah Dufrey. Events take a dark turn that lead to fatalities and ghosts in this retelling of MacBeth. 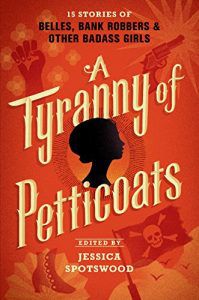 Spotwood’s novels explore history with a fantasy twist, such as a series featuring eccentric witch sisters. But perhaps even more intriguing, Spotswood edits her own speculative fiction anthologies, which feature diverse representation among female writers and female characters, around a theme.

Newly in paperback: A Tyranny of Petticoats

A collection of short stories ranging from fantasy to history and all in between, and featuring some of young adult fiction’s big names such as Marie Lu and Marissa Meyer.

Jackson writes YA novels featuring African American queer protagonists. His debut releases in 2019, and is a historical thriller titled A Place for Wolves. In the story, two teen boys have only each other to rely on as they make their way through war-torn Kosovo and face its extreme violence.

Early reviews of A Place for Wolves are already out.

Looking for more authors to keep an eye on? Check out more discussions on young adult books.