Welcome to Day 3 of Book Riot’s first official YA Adaptation Showdown. This week-long event invites members of the YA community to share their thoughts on two adaptations and select one as the winner of their bracket. Details about how brackets and titles were selected can be found in the official kickoff announcement for the YA Adaptation Showdown.

Today we begin with two bracket discussions, which will be followed by one on Thursday that will crown the official YA Adaptation Showdown winner, and one on Friday which will crown the readers’ choice winner. The titles of the showdown that will be advancing in the brackets are Twilight vs To All The Boys I’ve Loved Before and Persepolis vs The Fault In Our Stars.

Dana L. Davis on Persepolis vs. The Fault In Our Stars 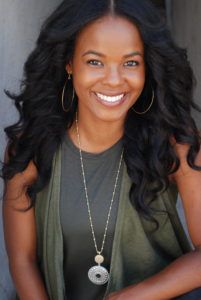 DANA L. DAVIS is an author and actress who lives and works in Los Angeles. Her debut novel, Tiffany Sly Lives Here Now, was nominated for YALSA’s 2019 Quick Picks for Reluctant Readers. Her second novel, The Voice in my Head, is set to release May 28th, 2019, from InkYard Press (formerly HarlequinTEEN). She has starred in Heroes, Prom Night, Franklin & Bash, and 10 Things I Hate About You. Dana is a classically trained violist and the founder of the Los Angeles–based nonprofit Culture for Kids LA, which provides inner-city children with free tickets and transportation to attend performing-arts shows around LA County. She currently stars in the following animated series: Star vs. the Forces of Evil, Craig of the Creek, and She-Ra.

I am faced with a tough job. A job which requires a tough decision. In short: I have to choose which book-to-film adaptation I prefer between two amazing, entirely different books made into two wholly different films.

So here we are.

A choice must be made. 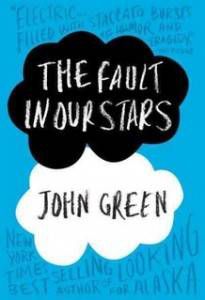 Book adaptation number one. The Fault in Our Stars. Which, in addition to being a line uttered from the mouth of Cassius in Shakespeare’s Julius Caesar is also the title of a story spun from the mind of Young Adult author extraordinaire John Green. The Fault in Our Stars is about two kids who fall in love. But rather than your typical YA romance, John Green decided to give us a poignant look into teenagers dealing with life, love and terminal illness. Cancer, to be exact. Also worth noting…John Green’s teenagers say things like: “I fear oblivion. I fear it like the proverbial blind man who’s afraid of the dark.” These are not your average teenagers. Which is sorta what makes them so compelling if you ask me.

Number two. Persepolis. The subject matter is equally heart wrenching, heavy and (at times) horrifying. A graphic novel detailing Marjane Satrapi’s childhood in Iran during the Islamic Revolution. It’s worth noting that the adaptation is an animated film that combines Persepolis: The Story of a Childhood and Persepolis 2: The Story of a Return. Also worth noting…young Marjane Satrapi wanted to be a prophet and wrote her very own Holy Book with rules like: “No old person should have to suffer.” and “All maids should eat at the table with the others.” Yep. Not your average kid. Which is sorta what makes her story so compelling if you ask me.

So which adaptation did I prefer?

Let’s first discuss The Fault in Our Stars.

It’s interesting that John Green used a line from a Shakespeare play to title his novel because…well… his teenagers remind me of Shakeapearean teenagers. They have a depth and mastery of language that makes them seem wise beyond their years. Whereas Juliet said: “What’s in a name, that which we call a rose by any other name would smell as sweet.” Hazel Grace says: “We live in a universe devoted to the creation and eradication of awareness.” Like Shakespeare, Green has opted to create teenagers with depth, complexity and wisdom.

Still…I was convinced dragging these smooth talking, hilariously philosophical teens off the page and making them real would essentially be impossible. Highly intelligent, complex and prudent teenagers? I mean, sure, they exist. But in the era of poop emojis, Instagram selfies and bunny snapchat filters, they’re becoming a rare and exotic breed. However, the creators of the film cast actors (like Shailene Woodley, for example) who possess this uncanny ability to be raw, vulnerable, mature, wise, smart and…teen. Which is John Green’s teenagers in a nutshell. Sure, Hazel Grace talks about the “absolute inhuman nihilism of suffering” (try saying that five times fast). But she also calls her boyfriend hot, addresses her favorite author as “dude” in a fit of rage, watches America’s Next Top Model marathons and replies “UGGGGGGGGGGGGG” (That’s thirteen capital Gs) when her Mom tells her what to do. That’s what made this adaptation so compelling and wonderful. I was able to suspend disbelief and enjoy Green’s complex and unique Shakespearean teenagers. I fell in love with them. I rooted for them and hurt with them too. 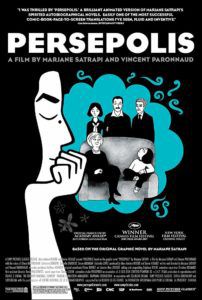 Well…Marjane Satrapi’s graphic novel was brought to life as well. Like…literally. I’m not kidding. You know how kids sometimes draw these sweet and lovely pictures. Maybe it’s a stick person or a blob with eyes, but they drew it and so it means something and is worthy of being framed or placed on a refrigerator. Imagine if that stick person or blob started talking to you and said, in the tiniest of voices: “For a revolution to succeed an entire population must support it.” What if your kid’s adorable blob started moving and said something like that.

That’s essentially what happens when you read Persepolis and then watch the film. Its renegade, warrior-child becomes…kinda real. I was amazed that these simple, hand-drawn animations could convey so much emotion and I felt lucky to be gifted a rare glimpse into an era I admittedly knew little about. And through such a simple medium! No CGI, no 3D, not even color. And though the oppressive regime and culture Marjane Satrapi grew up in struck me as extreme and vastly different from the culture I grew up in during the same era, it also struck me as strangely…similar. She was a little girl who dreamed big dreams. Just like me. She talked to God at night. Just like me. She had parents who didn’t shield her from the truth. Just like me. She didn’t always understand the rules she was forced to follow. Just like me. In truth…after you read and watch Persepolis you quickly come to realize that Iranians are… just like all of us.

But aside from the details of the story—the Shah, the horrors of war, the aftermath of revolution—what makes this adaptation so captivating and unique and well…my preference over The Fault in our Stars…is that watching Persepolis is just like reading the book. And isn’t that what makes an adaptation truly spectacular? Persepolis the graphic novel and Persepolis the animated film are so strikingly similar in tone and style it becomes a rare experience of having your imagination brought to life. In fact, I haven’t experienced such a remarkable resemblance of book to film since Harry Potter and the Sorcerer’s Stone.

Watching Persepolis is like taking a walk through the Louvre on a cool evening in Paris, when everyone else has opted for the firework display at the Eiffel tower. Its simplicity goes back to an era where the heart of a story was its charm, not its complicated dramatic arc or underlying pretentious message. It’s an important history lesson, a captivating examination of a culture in perilous times and a valued work of art.

The winner is Persepolis!