Welcome to Day 2 of Book Riot’s first official YA Adaptation Showdown. This week-long event invites members of the YA community to share their thoughts on two adaptations and select one as the winner of their bracket. Details about how brackets and titles were selected can be found in the official kickoff announcement for the YA Adaptation Showdown.

Today we begin with two bracket discussions, which will be followed by two on Wednesday, one on Thursday that will crown the official YA Adaptation Showdown winner, and one on Friday which will crown the readers’ choice winner. The first two titles of the showdown that will be advancing in the brackets were Persepolis and Twilight.

Mark Oshiro on The Fault In Our Stars vs. Everything, Everything 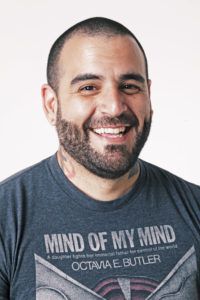 MARK OSHIRO is the Hugo-nominated writer of the online Mark Does Stuff universe (Mark Reads and Mark Watches), where he analyzes book and TV series. He was the nonfiction editor of Queers Destroy Science Fiction! and the co-editor of Speculative Fiction 2015, and is the President of the Con or Bust Board of Directors. When not writing/recording reviews or editing, Oshiro engages in social activism online and offline. Anger is a Gift is his debut YA contemporary fiction novel.

I’d read both Everything, Everything and The Fault In Our Stars, but that was years apart from one another. It wasn’t until I watched these back-to-back that it became clear how similar they are to one another. That made this task daunting; both films are incredibly faithful adaptations of their source material, so that wasn’t really a standard I could judge these films by. They feel so very much like the words on the page. So how was I going to determine which of these was the “better” adaptation?

I can’t really fault either film for their casting choices. While I was drawn towards the more diverse cast of Everything, Everything—in particular, both Amandla Stenberg and Anika Noni Rose are so fantastic, and I’m a huge fan of them—I also think Fault was cast perfectly. Much has been said over the years about Shailene Woodley’s performance, but I also found Hazel’s parents to be a surprising treat. Nick Robinson was a trip for me, as I didn’t know he was playing Olly, and he’s so firmly Simon from Love, Simon in my mind. But he’s a sweet, captivating Olly, so I’ve no complaints there.

So, both films nailed their casts with actors who stepped brilliantly into these existing characters. All right, still not any closer… 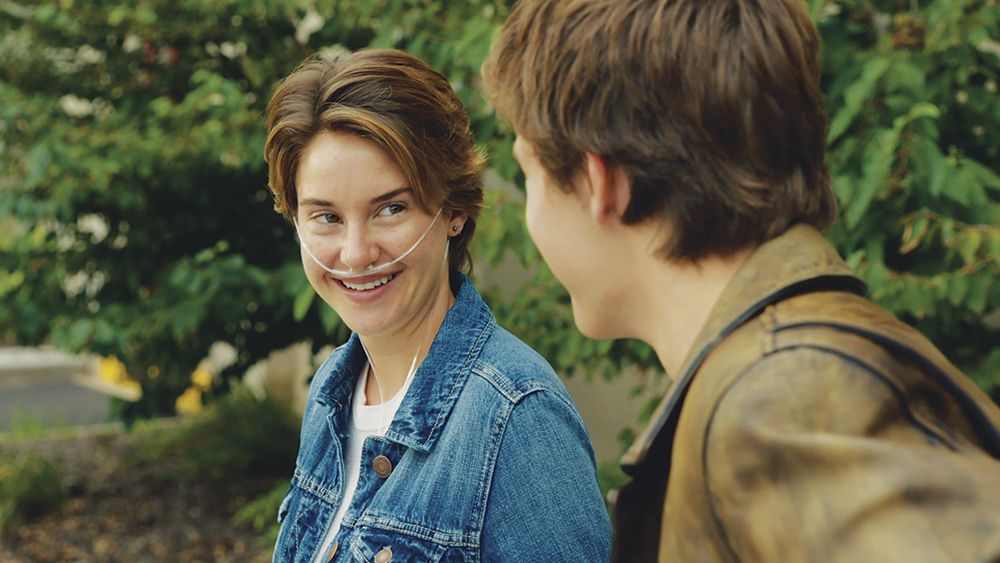 On this point, I’d give an extra boost to Everything, Everything. Fault has that killer bop in “Boom Clap,” and the Lykke Li song is a dream, but Everything wins for not just the sheer number of fantastic songs (like “Girl,” “Escape,” and “Let’s Go”). It also nails the Southern California vibe once Anderson .Paak’s “Parking Lot” hits the screen. There are few musicians out that who can root their body of work in a geographical location quite like .Paak can, and that single moment won me over in terms of the soundtracks.

Both films are gorgeous, especially once each story heads to a locale outside of the United States. These are pivotal scenes in each story. Maddy finds catharsis in freedom, and those moments where she is finally outdoors are captivating and touching. Hazel, on the other hand, experiences something similar but with a different context. Her trip to Amsterdam was never supposed to happen, and thus the film lends a sense of vindication to the moments in Amsterdam. She exists there, despite the odds stacked against her. It was hard choosing which film might have done this aspect better until I considered the moving scenes where the Everything film imagines Olly and Maddy in the same room when they are texting or emailing. Many of those sequences are stunning and emotionally resonant, so there’s a slight edge here that I’ll grant to Everything. The novel keeps Olly and Maddy apart, so I loved the chance to watch them interact like that. 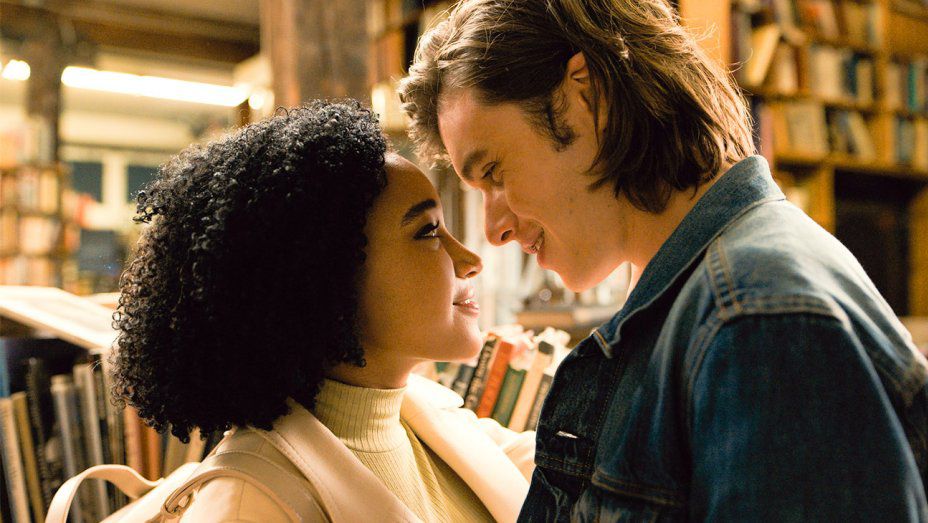 As I mentioned before, both films are beautifully faithful adaptations of the source material for the most part. Many of the most memorable scenes from each book appear in the movie. Some of it was odd; I’d forgotten that “It’s a metaphor” was a meme until that line happened, and I felt my soul evaporate out of my body. Yet both films felt like their respective books. I should note that I watched the extended edition of The Fault in Our Stars, and it truly felt like I was witnessing a novel unfold onscreen.

So, if the scripts are solid, if the music and casting are fantastic, and if there are only very, very small things that are done better in one film than another, where do you draw the line? Is this just a matter of preference? Perhaps, but I do think that there’s a single thing that gives Fault the advantage in the end.

There are certainly changes in the film version of Everything, like the loss of Olly’s hideout on the roof or the role Carla’s daughter plays. (If I remember correctly, Maddy visits Carla before going to Hawai’i, too, and I did like that scene in the book.) However, parts of the end are simplified, and that means that the now infamous twist happens much, much later than I expected. I know that the immunodeficiency community has issues with this ending, and the film makes it all the more glaring. How? Because there is virtually no time spent on Maddy’s life after she learns the truth. So after watching her isolation spelled out to us in heartbreaking detail, there’s no real reckoning for her, and shortly afterwards, Maddy is in New York to reunite with Olly. The Fault in Our Stars has a late twist, too, but it’s placed appropriately in the narrative so that Hazel can deal with the ramifications of Gus’s failing health. And while those scenes were hard to watch, despite that I knew what was going to happen, I appreciated that Hazel was given that space.

So, maybe this is less an issue with the adaptation than with the story at the heart of this all. And even knowing the big twist, I still found value in Maddy’s journey, though through an entirely different context. I feel like the film makes Maddy’s isolation even more haunting. As someone who had overprotective, strict parents, I related deeply to this depiction, but that’s because I knew that what was unfolding was abusive, not loving. And once you know that, the story is always going to feel different. Darker.

There’s no such sense in The Fault In Our Stars, and I think that’s why I have to ultimately deem it the winner of this round. As heartbreaking and tragic as the film is, it wins on story structure and for not having a last-second gut-punch that more or less re-writes everything the viewer just experienced. So, despite that this was really difficult on the outset, I gotta say: The Fault In Our Stars deserves to survive to the next round. It’s just so well done.

Winner: The Fault In Our Stars