Welcome to Day 2 of Book Riot’s first official YA Adaptation Showdown. This week-long event invites members of the YA community to share their thoughts on two adaptations and select one as the winner of their bracket. Details about how brackets and titles were selected can be found in the official kickoff announcement for the YA Adaptation Showdown.

Today we begin with two bracket discussions, which will be followed by two on Wednesday, one on Thursday that will crown the official YA Adaptation Showdown winner, and one on Friday which will crown the readers’ choice winner. The first two titles of the showdown that will be advancing in the brackets were Persepolis and Twilight.

Nita Tyndall on Love, Simon vs. To All The Boys I’ve Loved Before 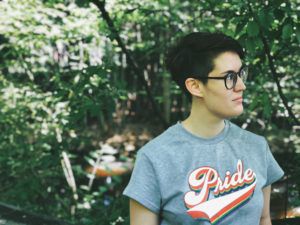 NITA TYNDALL is a tiny southern queer who loves writing as much as they love sweet tea. They have very strong opinions about the best kind of barbecue (hint: it’s vinegar-based). They were a resident at the Lambda Literary Emerging Writers’ Retreat in 2017, where they studied with Malinda Lo. They are currently pursuing their second bachelor’s in German, and live in North Carolina with their partner and pets.

They can be found moderating the popular LGBTQIA+ YA website YA Pride, and blogging for Barnes & Noble’s YA blog, B&N Teens.

For the longest time, though, I thought I was too good for romance. I knew the stories. White straight boy meets white straight girl, they fall in love, have some hardships mostly due to miscommunications, and wind up happily ever. They were more cliché than comforting, especially in YA, and that was frustrating for me—why should I care about these characters getting together, especially since my own relationships as a queer teen were subject to far worse scrutiny?

And then that changed.

We’ve talked enough, I think, about the impact of mirrors and representation and such. We’ve been discussing that for years, and those impacts are still real. But one thing I’ve found, especially over the course of this year, is seeing people fall in love? Real people with quirks and idiosyncrasies and struggles that don’t just come from miscommunication like so many romcoms? Made it so much easier to fall in love with these stories and these characters. Suddenly, with movies like Love, Simon and To All the Boys I’ve Loved Before, there was someone to root for.

This was the year I started writing romance, too. And I think it’s also because the tropes that seemed so tiresome before? Become fresh and new when adding in characters of color, or LGBTQ characters, or disabled characters. Lara Jean and Peter and Simon and Blue are relatable precisely because their struggles can mirror my own. And it’s more than finding those mirrors, their relationships showed me I could fall in love with myself. That it was okay to love these characters and these stories. I’d always dismissed romance before, but these films? They made me get it. Lara’s letters, Simon’s relationship with his family, all of it such fine details and yet so important, too. 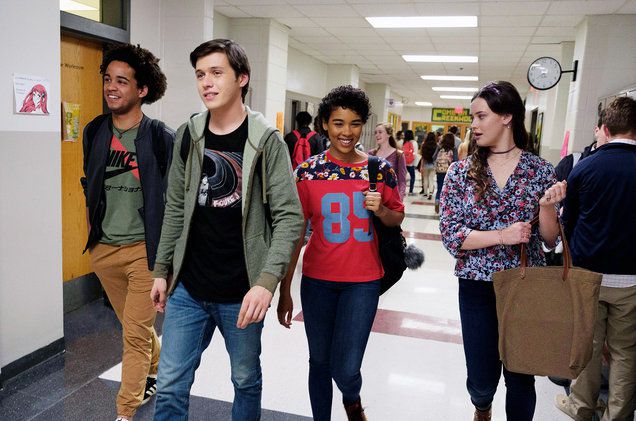 These films are love letters, not only to their books but to their audiences, especially to teenagers. They’re love letters to being yourself, to boys being soft, to girls and their strong relationships with their sisters.

It was really, really difficult to pick a winner between these two movies. Both embody that quintessential falling-in-love-as-a-teen experience in different ways. The rush of crushes from Lara Jean, and the intensity of those feelings. The fear and joy with Simon with your crush liking you back—especially as a queer teen, where it can feel like the stakes are so much higher.

I think that’s where To All the Boys edges out Love, Simon for me. Both movies show that kind of love especially familiar one. But there’s something almost magical about the way To All the Boys is filmed. It’s about Lara Jean and Peter and the revolution of soft boys, yes, but it’s also about falling in love with love. It’s about that soft, glowing feeling; the pastel aesthetics that seem ready-made for Tumblr mood boards about love. There’s a reason so many people watched it on Netflix over and over—it’s comforting. My German-language-loving self wants to point out that To All the Boys I’ve Loved Before is the definition of Gemütlichkeit, the concept of coziness and everything that encompasses that. And that’s it.

More importantly, To All the Boys and Love, Simon show happy endings for marginalized readers. And that’s maybe the most important aspect—they’re so hopeful, these movies. They’re romcoms in the truest sense of the word (although Simon does worry about coming out.) Where Lara’s biggest fear is her letters getting out, Simon’s is his identity being discovered. These are real-world, relatable problems, yes, but they’re also so quintessentially teenage, which is amazing. Too often contemporary stories about marginalized teens feel like they have to be about the struggles of having that particular marginalization. But these movies? They’re about falling in love. They’re an escape from a daily life that seems determined to punish people and teens like us every chance it gets. 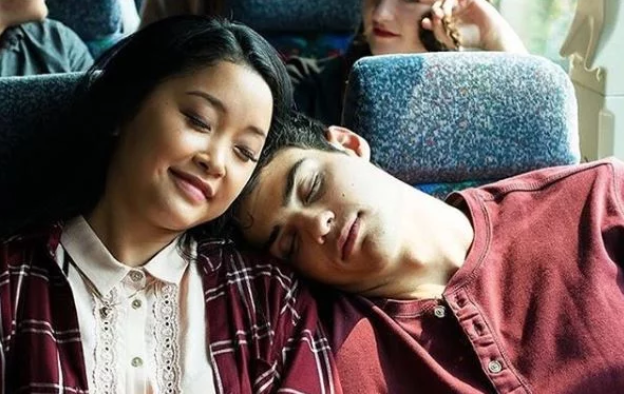 Falling in love, now, is a radical act. Continuing to persist with love and hope and joy is a radical, even political act. And that’s why now I can’t dismiss romcoms, where before it was easy to write them off as something silly and trivial. I’ve finally realized how important love is this year, and the escapism of those feelings. Sometimes, you just want to watch someone like you develop a crush, experience the anxiety and butterflies and joy for the first time (or watch it over and over and over.)

And that, too, is why we’ve watched these movies over and over. Real life may not give us happy endings. But Simon and Blue together and their sweet emails, Lara Jean and her perfect aesthetic outfits and Peter, everyone happy at the end of the film—that’s radical. Being able to see that happy ending for someone who looks and loves like me, and being able to access that at any time? That’s so important, especially now. Radical softness and radical tenderness and radical love. That’s what these YA adaptations are showing us now, and I really can’t wait to see more of it.

Winner: To All The Boys I’ve Loved Before