Welcome to Day 1 of Book Riot’s first official YA Adaptation Showdown. This week-long event invites members of the YA community to share their thoughts on two adaptations and select one as the winner of their bracket. Details about how brackets and titles were selected can be found in the official kickoff announcement for the YA Adaptation Showdown.

Today we begin with two bracket discussions, which will be followed by two on Tuesday, two on Wednesday, one on Thursday that will crown the official YA Adaptation Showdown winner, and one on Friday which will crown the readers’ choice winner. 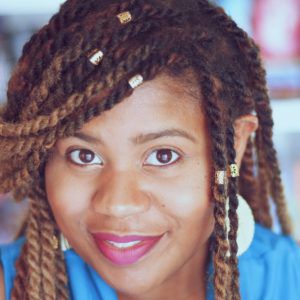 Francina Simone lives in Boise with her husband, sons, and cat. When she isn’t filming and uploading videos to her Youtube channel, she spends most of her time battling children and litter boxes. But when things are quiet—you can hear her frantically typing away; her mind far away with her characters in their quest to make the right decisions in worlds brimming with romance, moral ambiguity, and often times, a touch of magic. For her, reading is the gateway to the worlds we hold deep within, and every story is just a piece of us yet to be discovered.