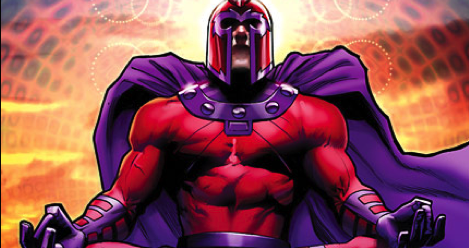 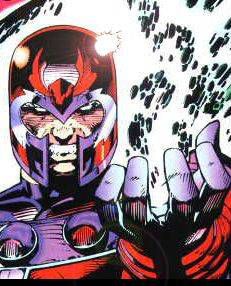 Magneto, the oft-described mutant Master of Magnetism and longtime foil of the X-Men, has been through a lot. Oof. He’s been tried for crimes against humanity. He’s been turned into a child. He’s seen his daughter die. He’s seen his other daughter warp reality and reshape the entire the world in a fit of grief. He’s lived on an asteroid. He’s been played by Michael Fassbender. He’s had his mind erased. He’s really been through the ringer, one could say.

While all those events are certainly traumatic, there is a trauma at the core of Magneto that has shaped his character for many, many decades. Magneto’s alter ego is a European Jewish survivor of the Holocaust. Having been witness to massive, unforgivable atrocities committed against people deemed inferior, he understandably carries a lot of anger inside that magenta bucket on his head and violently sticks up for mutants in the face of a fearful and oppressive humanity. I don’t think any one would blame him, and that element to his backstory makes him an arguable contender for being the most sympathetic antagonist in Marvel Comics.

But something is happening to his backstory all the time: time. Time is happening. And every day, the Holocaust is further away from us on the timeline. Are Magneto’s days as one of its survivors numbered?

They likely are. Comics are famous for retcons, reboots, and do-overs. It feels inevitable that Magneto’s history will have to change, or he will have to keep being turned into a baby or at least a younger man for the rest of time. I mean, you can take all the Centrum Silver in the world, but age will get you sooner or later.

I’ve wrestled with how I feel about this inevitable change. As is, his history feels like an important way to honor to the Jewish roots of comic books themselves, an important way to honor the Holocaust and understand its painful ripples, and a perfect addition to a story built around the struggle of feeling like not only a societal outsider but a subject of hatred and the target of violence. I would love for it to remain his poignant and motivating origin story. But here’s the sad conclusion I’ve drawn: there is no shortage of atrocities and injustice to pick from when rebuilding the motivation for Magneto’s rage.

Until we stop dropping bombs on civilians, until we stop making someone’s very existence a threat or possibly against the law, until we stop treating populations as inferior, there will always be a Magneto. Every time real-world humanity falls, he has another opportunity to rise.

To be clear, I’m not justifying real-world violence as a response to violence. Rather, when creating powerful, compelling reasons why a so-called villain becomes a villain, if the character is empathetically rooted in suffering they are bound to rise above mustache twirling and help us imagine what it’s like to wear another person’s shoes, or cape, or magenta bucket-shaped helmet, even if we cannot agree with their choices. And, sorry magnetism, but that’s the most powerful force on Earth—a power Magneto will always wield with finesse.