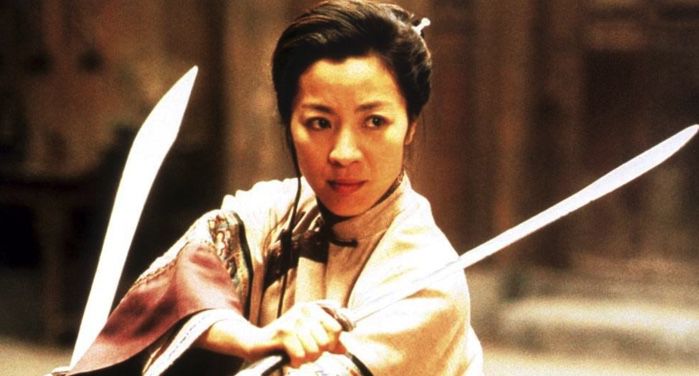 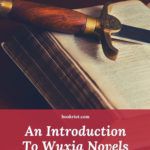 If you’ve spent any amount of time on social media during the past year, you’ve probably encountered mention of a Chinese drama called The Untamed. The series features rival clans, pretty men wearing beautiful clothing, and an epic slow burn relationship that supposedly was subtext, but most people picked up on anyway. To no one’s surprise, the show won over many new fans, who then proceeded to seek out more stories just like it. Some fans tracked down the original novel that served as inspiration for the series: The Grandmaster of Demonic Cultivation by Mo Xiang Tong Xiu. Others, more interested in the world-building ideas of sword techniques, political rivalries, and striving for immortality, delved into the umbrella genre of wuxia novels.

What Are Wuxia Novels?

To put it simply, the wuxia genre tells stories about martial artists and their adventures in an alternate ancient China. Sometimes wuxia stories feature fantastical elements like we see in The Untamed, but many times they don’t. For a couple cinematic examples of wuxia, think back to Crouching Tiger, Hidden Dragon and House of Flying Daggers.

There are many types of wuxia stories, but certain elements recur time and again. The protagonist typically comes from the lower class. They usually don’t have social influence, privilege, or power. Wuxia heroes tend to follow a personal code of honor that drives them to fight injustice, right past wrongs, and take down oppressive and corrupt figures. In fact, a good amount of the conflict these heroes face comes from them butting heads against established traditions and social mores.

Until the last decade, the most readily accessible way to consume wuxia stories was through film. These days, though, readers can more easily find wuxia novels and comics to read. Both new and old fans can find official English translations of classic novels. There are even a few romance novels that incorporate wuxia elements. And, of course, many novels from the massively popular LitRPG genre on Kindle Unlimited are influenced by wuxia, whether people realize it or not.

Before we dive into some examples of wuxia novels, it might be useful to go over a few common terms.

Jianghu: This refers to people in the Ancient China depicted in wuxia stories that live by their hands. As ancient Chinese society valued education and scholarly pursuits, these people often found themselves at the bottom of the social ladder. Since wuxia’s martial heroes live by their fists, guess where they belonged? You’ll sometimes see jianghu translated as some variation of the “pugilistic world.”

Wulin: While the heroes of wuxia stories belong to the jianghu, they are also usually part of wulin. This is just another way of saying they use martial arts. Another way to think of it would be to imagine that these martial heroes belong to a loosely connected underground society.

Cultivation: If you watched The Untamed, you saw many references to this. Cultivation refers to the pursuit of immortality and supernatural abilities. If we’re being precise, The Untamed and other stories like it don’t actually fall under the category of wuxia. They belong to the xianxia genre, which is about cultivation and the pursuit of unimaginable power. Wuxia is alternate history while xianxia draws upon Buddhism, Taoism, and traditional Chinese medicine to fuel its world-building. The definitions have blurred in common usage, so it might be easier to think of xianxia as the fantasy sibling genre to wuxia. The two are originally separate categories, but for the purposes of this list, I include both wuxia and xianxia novels.

Read more about Chinese fantasy and its history. 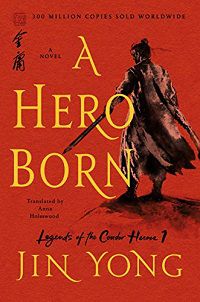 A Hero Born by Jin Yong

We cannot talk about wuxia novels without mentioning Jin Yong. He wasn’t the first wuxia author, but he was most certainly its most famous one. Many of his works remain popular to this day and count among the best wuxia novels. A Hero Born is the first book in seminal Legends of the Condor Heroes, Yong’s most enduring work. It tells the story of two men who, had circumstances been different, would have been sworn brothers but are now enemies. 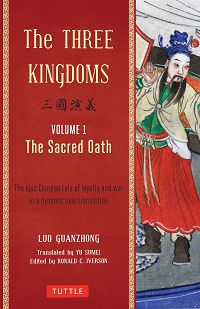 The Three Kingdoms by Luo Guangzhong

The Three Kingdoms, or Romance of the Three Kingdoms as it’s sometimes referred to, isn’t truly a wuxia novel. It’s a historical novel that was written during the 14th century and is considered one of China’s Four Great Classic novels. The book covers, as you can surmise from the title, the period leading up to and during the Three Kingdoms era in China. The reason it sometimes gets lumped under the wuxia category is because it dramatizes and romanticizes the historical figures who played key roles during this time. Readers who like the larger-than-life scale and characterizations found in wuxia will want to look at this one. For more books about China, here are some recommendations.

Today, Chinese genre authors typically serialize their works as webnovels. You can think of it as continuing the tradition begun by Jin Yong, whose stories were serialized in newspapers. While you can find unofficial fan translations, as in the case of Grandmaster of Demonic Cultivation, legitimate translations do exist. It’s best to support official adaptations because it both signals a demand and supports the original creators.

Er Gen is one of the most popular xianxia writers today. While he’s better known for his later works, I Shall Seal the Heavens and A Will Eternal, I’ve selected his first work to include on this list. There’s something very appealing about an average person who must adapt to his situation and work his way to the top. The cultivation world is not a place that favors people with mediocre talent, so it’s satisfying to see characters overcome that limitation.

Against the Gods by Mars Gravity

If you’ve read Korean webnovels or Japanese light novels, Against the Gods has a familiar premise with a twist. A young man dies while protecting a precious item from some enemies. He reawakens in a new body in another world. Don’t worry. He still has the item he died for. And like many Japanese light novels, he collects a harem of women in this new world. While the harem aspects are a polarizing element (to put it lightly), many modern cultivation novels feature it so I wanted to include one well-known example. 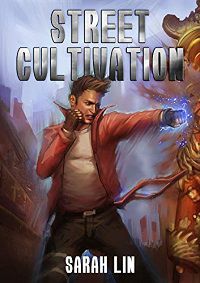 Wuxia novels usually take place in an alternate ancient China. But what about modern society? How would martial heroes tackle corporations and government agencies? You can’t convince me that the physical abilities and cultivation powers of classic wuxia heroes wouldn’t be sought after and commodified. Lin’s offers one vision of that possibility.

Given the fantastical elements found in the wuxia genre, it has influenced several of today’s fantasy authors. Many readers know Zen Cho for her historical fantasy novels, but this novella puts a fun spin on the classic wuxia story. It presents outsiders, thieves, and sects in a nicely queer package. 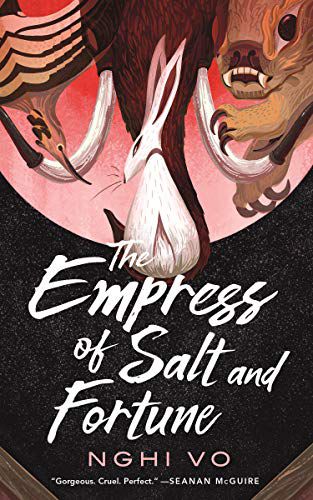 If Zen Cho’s novella features classic wuxia tropes, The Empress of Salt and Fortune takes a different tract where it combines classic wuxia influences and presents a story about political intrigue and oppression through the memories of a handmaiden as she recalls the woman who brought down an imperial dynasty. 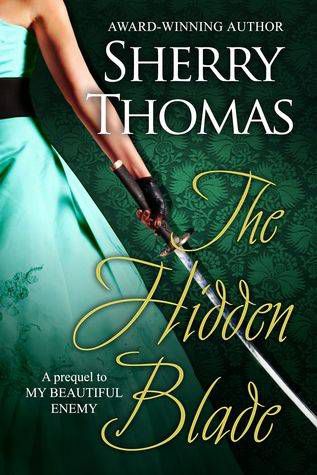 The Hidden Blade by Sherry Thomas

If you loved Crouching Tiger, Hidden Dragon, you should give this novella a try. It features a biracial young woman who learns martial arts and the young English boy who crosses her path. Just a word of warning: be prepared for an emotional rollercoaster, but if you’re looking for wuxia novels to read after watching The Untamed, you’re probably fine with emotional devastation. This is also a prequel to a full-length romance novel between the two main characters, so don’t let the unresolved ending catch you off-guard. 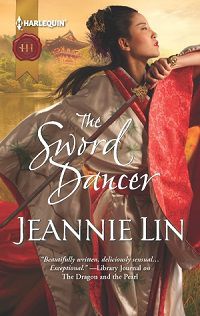 The Sword Dancer by Jeannie Lin

Jeannie Lin has written many novels set during the Tang Dynasty, but they’re standalone and don’t need to be read in order. The classic wuxia protagonist is an outcast whose personal code of honor guides them to act with righteousness. The Sword Dancer takes that archetype and puts a woman in that role. And the hero, naturally, is the man sent to capture her.

These days, most wuxia manga, or to be more precise manhua as Chinese comics are known, are published as webtoons. We typically associate webtoons with Korean comics, but that’s no longer accurate. The term actually covers most digital comics no matter the country of origin. Many wuxia webtoons are also adaptations of novels. Dragon Prince Yuan is no different. The titular character is on a mission to settle a score. An enemy country invaded his kingdom, injured his family, and poisoned him. Since the poison also prevents him from cultivating, his grudge is well-justified. This is a great series if you like main characters who are constantly underestimated and seeing the ways they defy expectations.

Hopefully, this sampling of wuxia novels gave you a good sense of what’s out there. As you can see, you have a lot of options across different genres and approaches. Admittedly, if you want something exactly like The Untamed, there aren’t many officially translated queer wuxia romance novels yet. Give it time. In the coming years, I predict someone will fill that gap. If you’re interested in other genres of Chinese novels, here’s a list of Chinese science fiction. Or if you have a different reading niche that you’d love suggestions for, why not give TBR, Book Riot’s recommendation service, a try?