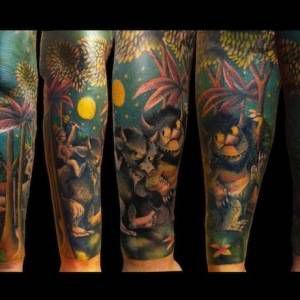 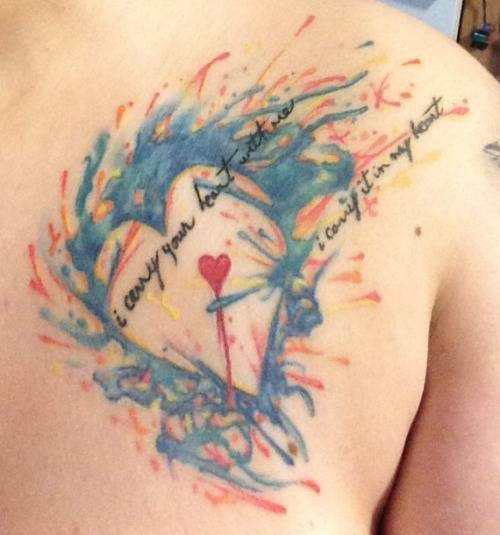 From The Word Made Flesh

Tattoos can tell you a lot about a person. I like to think of them as stories of people’s lives written on the body, quite literally. I got my first tattoo at 17, when I bought a tattoo for my then-best friend for her 18th birthday. It was the Japanese character for “strong,” on my lower back. Since then, I have gotten 7 more tattoos, nearly all of which can be covered with work-appropriate clothing. Until last December, when I got a good-sized tattoo on the inside of my left forearm. It reads “Daughter of Eve,” and it is a reference to Lidia Yuknavitch’s book Dora: A Headcase.

As I’ve written before on Book Riot, the book is a modern re-telling of Freud’s Dora. In the book, Ida (who renames herself Dora) has a group of friends that become her chosen family — Obsidian, Little Teena, and Ave Maria; she also finds a friend and surrogate mother in a character named Marlene. One day, Marlene gives Dora a book by an Italian philosopher, and Dora is captivated by what she reads, finding solace in the book, and especially one line in particular: “To the daughters of Eve, so that they may teach men that love is not lechery…but a joy that dwells in the highest and holiest regions of the terrestrial paradise, that they may make it the highest prize of virtue…the first force of human progress.” The term “daughters of Eve” takes on importance for Dora, and she tells Marlene what she thinks of the Biblical Eve, compared to Adam. As I read the book, and thought about it afterward – because this is a book so richly layered that you will think about it after you’re finished – I began to love the phrase, as well. “Daughter of Eve” came to represent for me a woman who takes up space, who speaks her mind, who believes art is a verb, and welcomes challenges. It represented a woman who pushes on, despite obstacles that may be in her way, or nay-sayers telling her everything she’s doing is wrong. It is a woman who pushes back against the limits that are placed on her and creates her own life. 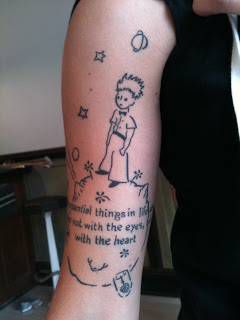 From The Queens Ink Tattoo

And that is why it is inked on my arm. Like Dora, I find incredible solace in books. I can escape stressors and whatever else is going on in my life by picking up a book and losing myself in someone else’s story. In the words “Daughter of Eve,” I saw everything I strive to be, and everything I would hope for my future daughter. A woman who creates her own path. 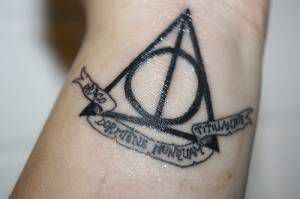 Some people don’t understand why I would get something from a book tattooed on me. I try to explain the power of words, my love for the story, or the symbolism, but somehow I always fall short. Perhaps only book lovers can understand. I’m well aware of the websites and books about literary tattoos, and I can spend hours on Instagram looking at pictures of them. Would it bother me if I got “I am, I am, I am,” Plath’s iconic phrase from The Bell Jar on my skin, knowing that countless other people have it, too? Or “Timshel,” which means “thou mayest,” from East of Eden? As much as I love unique tattoos, no, it wouldn’t bother me. Because that’s the beauty of books — we are all touched in different ways by them. They speak to us and give us what we need in any given moment, and can leave indelible marks on our lives, sometimes even changing them completely. And behind each tattoo is a different story, a different meaning, a different explanation of why that book or phrase is so important. There are so many stories to be told.

If you could get a literary tattoo, what would you get, and why?