As soon as I learned how to consistently dot my i’s and cross my t’s, I kept a little notebook with me at all times. I wrote in-depth descriptions of my father’s pasta, diary entries full of disconnected thoughts, and acrostic poems that made absolutely no sense. More than anything, I wrote fan fiction. Naruto fan fiction with thinly-veiled self-inserts, to be exact. 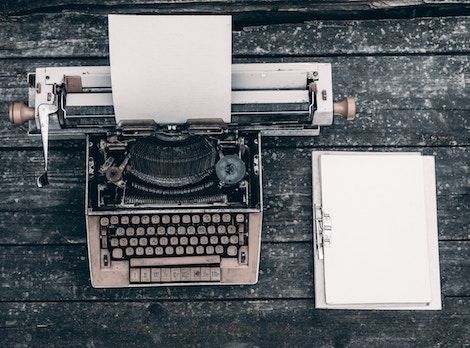 Admittedly, writing that sentence made me cringe a little even as a woman well into her 20s. As a tween, I already knew that writing fanfic wasn’t something to boast about.

Fan fiction didn’t count as “legitimate” writing; I was just leeching off of someone else’s ideas! Plus, my work was on this relatively new platform called the “Internet”, where all the weirdos hung out.

But fiction was a way to escape reality, and now I could be an active participant, too. And I was far from the only one who grew from reading and writing fan fiction.

I filled my fanfic.net profile with one-shots of my OTPs and fix-it drabbles while handing out “cookies”. I received “flames” for writing Mary Sues. Little did I know, however, that as impossibly perfect as they were, my characters allowed me to imagine who I wanted to be. They were head-first deep-dives into my identities.

Even after I stopped writing fic in my mid-teens, I devoured thousands upon thousands of words on AO3. The genres were far and wide, encompassing everything from slow-burn romances and adventure stories to character studies and farcical “crack fics”. But one particular pattern stood out to me and fortified my love for fanfic.

Compared to the source material, fan fiction showed me more characters who resembled me.

One of the greatest loves of my life is the Star Wars franchise. I’ve been unabashedly vocal about my love for Rose Tico, played by Kelly Marie Tran. Before her, though, Jessica Henwick made the briefest of appearances in Star Wars: The Force Awakens as X-wing pilot Jessika Pava. I was speechless as I sat in the darkened cinema. An Asian woman fighting in the Resistance, flying one of the most iconic sci-fi vehicles in pop culture? I gasped loudly, earning a few glares from my neighbours. Yet after the initial rush of adrenaline, I had to admit Jessika’s part was woefully small. Featuring an Asian woman like this was no doubt progress, but it wasn’t nearly enough, at least not for me.

So I turned to fanfic.

Jessika had just a handful of lines in the movie, but fans latched onto her, developing intricate headcanons for the fighter pilot. Soon, she became a staple in fics. Jessika became Poe and Finn’s irreverent friend and shameless matchmaker. She became a badass pilot and mechanic who started dating Rey. She became a captain held in high esteem by General Organa. She had likes and dislikes, quirks and bad habits. She was human.

Through the power of fanfic, Jessika “Testor” Pava became everything that mainstream media was reluctant and slow to give us.

Of course, fan fiction isn’t without its problems. Like any sort of media or art, fan fiction doesn’t exist in a vacuum. It’s not immune to social ills like racism, misogyny and queerphobia, even when written with the best intentions. I’ve read my fair share of stories in which Jessika is little more than a plot device to make room for white women.

But because of its relative accessibility for fans not just as spectators but also as creators, fan fiction became an avenue for marginalised voices like my own. It’s a platform that helped me find my voice as a writer and my eye as an editor. I learned to embrace my unapologetic fandom, all while leaning into the identities that make me me.

So write those Mary Sues. Write those self-inserts. Write yourself into existence.