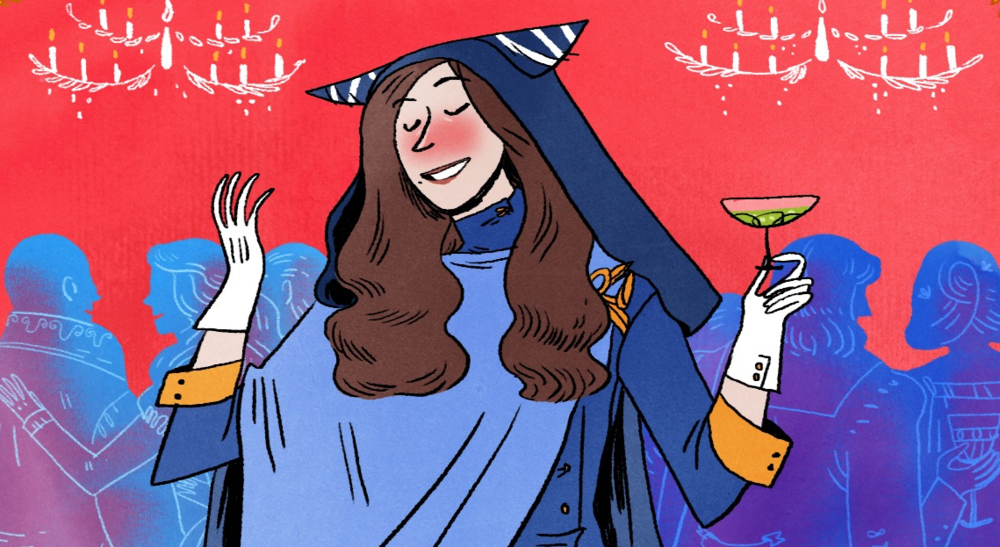 “Write what you know.” Maybe the number one piece of advice thrown around when talking about writing. Now, does it mean you cannot write anything but something autobiographical? Well, I do not think anybody really takes it that far. But it raises an interesting question about writing from personal experience.

The beauty of art in general and comics in particular is that not everything has to be literal. The freedom of creation is theoretically infinite. The possibilities are limitless and the stories to be told are endless. Science fiction and fantasy can prove powerful settings for complex situations and interesting metaphors. For example, the X-Men are a way to think about how we approach difference. They are a community defined by its alterity. But here is the twist: if they are a minority, the mutants are actually a powerful one (literally). And now comes into play—like with a lot of superhero comics—our relationship to power and being at the mercy of forces beyond our control. So clearly the “write what you know” advice can hardly been taken in the most restrictive sense.

Yet, it applies.  Last year at NYCC: Special Edition, Brian Michael Bendis, just announced to be the new writer of Iron Man, was communicating some of his excitement to be writing Tony Stark.  And one of the things he mentioned (spoiler if you have no idea what happened to Iron Man since 2012) is that Tony was adopted. It gives Bendis a chance to talk about adoption. (He has two adopted daughters.) “Write what you know” seems closer to a “write something that matters to you.” Since most times, what resonates with us is something that has indeed had an impact in our life.

But is what you write bound by your own experience? I am an academic, I believe in external research. Secondhand knowledge is knowledge and without it we would just keep on reinventing the wheel. Without research, it would be impossible, for example, to write about anything based on historical events. If you do your due diligence, you should be able to use such knowledge to write any story you want. The problem is that some basic research is sometimes lacking.  To take a very benign example, nine times out of ten when a character speaks French in a comic written in English, it is grammatically incorrect or sounds like some weird proto-language. And that includes companies that should have the resources to make sure they got it right, like Marvel and DC. I have loved Fury Max (2012-2013) by Ennis and Parlov. Compelling story, interesting characters, great art, but part of it is set pre-Vietnam war in colonial Indochina and half the sentences in French are actually wrong. Notable exception to the rule: The

Private Eye by Brian K. Vaughan (script), Marcos Martin (art), and Muntsa Vicente (color). (Thank you!)  This is obviously a trivial example and closer to a pet peeve than a serious issue, but still shows how very basic errors can sneak into comics. I let you contemplate the amount of damage that can be done with something a lot more effortful to fact check.

But if you do it right, is diligent research all you need?  Well, it does seem more complicated than that. I am not sure Jason Aaron and Jason Latour could be behind Southern Bastards if they were not Southerners. A certain layer of credibility and legitimacy comes from the fact they are actually from the South. The comic has already been at the center of some real polemics. To name only one: the uproar that followed their cover depicting a stray dog tearing apart the confederate flag. And things would be worse if they were seen as external to the issue giving a lecture rather than from the South. In a perfect world it shouldn’t matter. The art should speak for itself and who is writing and drawing the comic should be irrelevant.

Southern Bastards #10 by Aaron and Latour

But we do not live in a perfect world.  And there is a distinction to be made between something being true, well researched, and being authentic. Who tells a message to whom is as important as the message itself. This actually ties back into the fact that most cultures in the world seem to have a form of “loyalty principle” (in Jonathan Haidt’s terms). Let’s take a silly example. My brother did something stupid and everybody in my family can hear me complain about how stupid I think he is. Now, if someone I don’t know starts pointing out how stupid my brother is, my first reflex is likely going to be to defend him. I can say what I want about him to the people who know him, but that does not mean someone from outside the family has the right to say the exact same thing to the rest of the world. (Note: Sorry dear brother, this was just for the sake of argument.)  I regularly point out my French accent, my friends are allowed to tease me about it, but any stranger who mentions it is just rude. The fundamental reason behind the fact that my Jewish uncle can make a Jewish joke at dinner and I can’t. There are things you can say from an “in-group” perspective and cannot from an “out-group” one.

If it is the case how on earth is a creator supposed to introduce diversity?  If you can only write something form an “in-group” perspective how are you expected to show more than your personal experience? There is room for diversity without trying to tell a story that can feel inauthentic. Representation is not hijacking someone else’s story. The difference lies between telling a story with diverse characters rather than telling THE story. Diversity is about people seeing themselves. A story can include a character who happens to be trans without telling the story of transitioning. And this is where I personally draw the line. I appreciate a story that acknowledges diversity in the world, but I want people with a different background from mine to tell me their story with their voice. Which always goes back to this very simple rule: to have diverse stories, you should have diverse creators, even if any creator should include diversity in their work.