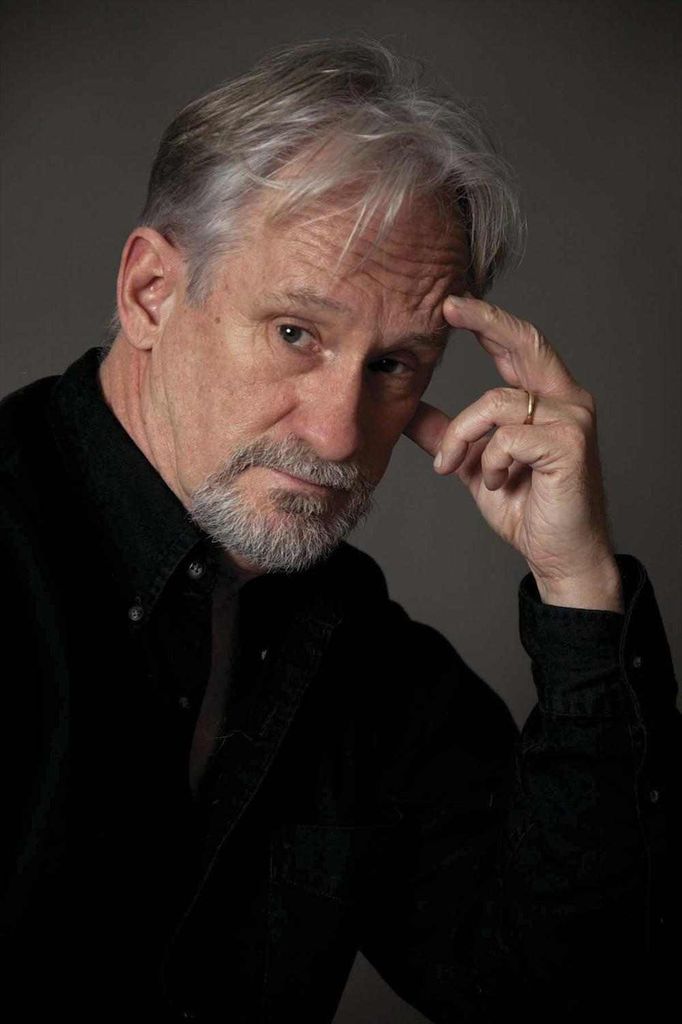 In Writers as Readers, we ask authors to take us on tour of their bookshelves and talk about how their reading habits have informed and influenced their writing. 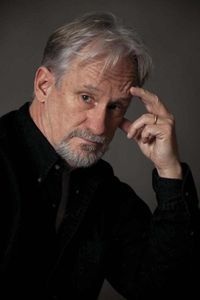 Jon Steele worked as an award-winning cameraman for twenty-two years, traveling and working through more than seventy countries across six continents for Independent Television News of London. While based in Moscow and Jerusalem, Steele wrote War Junkie, a gut-wrenching memoir covering a year in the life of a news cameraman. The book was published in 2002 and is today recognized as a cult classic of war reportage. In 2003, in Baghdad on the eve of the Iraq War, Steele became disillusioned with television news, put his camera on the ground and quit.

The Watchers was his first novel. Angel City, book 2 of the Angelus Trilogy, was released earlier this summer.

Before you began writing fiction, did you read a lot of it? What sorts of books were you drawn to?

Oh, Christ, that would take a week to talk about. Let me put it this way (and by the way, as I’m writing this, let me say I have Cocteau twins blasting away in my headphones with Frou Frou Foxes In Summer Fires)…I was never a good reader as a kid except for comic books.  Back then (1950’s) they came in the mail, once a week.  Often my hands would tremble opening them.  They took me to another place, and growing up dyslexic, they were easy to read.  Weirdly enough, my favorite comic was called The Watcher.  It was about an angelic-like creature from another planet who could only observe the development of mankind, but not interfere.  My second favorite comic book was Sgt Rock.  Looking at the books I write, I suppose that answers a lot.  My mother bought the collection of books known as Great Books of the Western World when I was nine or ten.  I remember digging through the philosophy books, not knowing what the hell I was reading; but I do remember being affected Marcus Aurelius’ Meditations and the concept of stoicism.

It wasn’t till my teens that I learned to read properly, and I then worked through Shakespeare.  That was like hitting the mother lode of the English Language.  Everything about the nature of man and his/her perception of the world was there.  Shakespeare showed me words were magic things, very much like comic books, able to carry me to another place.  Most importantly, in understanding the worlds he created with words, Shakespeare taught me I wasn’t slow witted, just different.  Shakespeare also taught me the power of good dialogue.  Given my books are dialogue driven, I suppose that’s no surprise either.

After that it was wandering through libraries or bookstores picking up books and having a glance to see if the writing style appealed to me.  My favorite book of all time is Raymond Chandler’s The Long Goodbye.  And that would take another week to talk about, so I’ll stop there.

When you’re working, what sorts of books do you read?

I tend to not read that much while I’m writing, except for whatever research material I need for the story I’m working on.  One: when I start, writing is an obsession.  I become consumed with the process.  I forget to eat, I forget my wife, I begin babbling lines from stories in public places like a lunatic.  Two: I don’t wish to absorb anything from anyone when I’m writing.  For example, I think Taylor Stevens is a terrific writer…her character Vanessa Michael Munroe is realistic, gritty and tough.  I was halfway through Stevens’ latest story The Doll and had to stop.  I could see there were things that were crossing over to where I wanted to take one of my characters in book three of ‘The Angelus Trilogy.’  (Recently, I met Taylor Stevens in Texas and told her this; she received it as high compliment, as it was intended.)

When I need a hit of fiction while writing, I’ll re-read something familiar.  Jack London, Graham Greene, George Orwell.  Writing is also the period when I’ll re-read poets I enjoy…Wallace Stevens, Carl Sandburg, Howard Nemerov, Edward Thomas, Robert Lowell.  I have a tradition of reading Stephen Vincent Benet’s John Brown’s Body before I begin writing a new book.  No idea why, I just do.  Most importantly, I keep a well-thumbed copy of Mulliner Nights by P.G. Wodehouse (first published in 1933) by the bed.  One story, each night before sleeping (as Wodehouse recommends in the preface) helps keep me sane while writing.

What influence does your reading have your work? What other sorts of influences (music, movies, etc) do you find creeping into your work?

I write visually.  I don’t think about scenes, I watch them as they are played out in my eyes.  I’m just the scribe in the corner taking it all down.  I suppose this goes back to me being a dyslexic kid and relying on visual imagery more than words to understand the world around me.  I still remember getting our first RCA, black and white TV when I was six or seven years old.  (this in the days when there were only three channels, broadcasting for eighteen hours a day)  I worshipped at the foot of the screen like a devout sponge, soaking it all up.  Roy Rodgers, The Honeymooners, Gunsmoke, Jack Benny, Ernie Kovacs, Soupy Sales, The Twilight Zone, Alfred Hitchcock Presents.  I remember seeing Bonanza when it went to color on a friends TV set…I was like, ‘NO WAY!’  Then there’s the part of my adult life where I travelled the world working as TV news cameraman for more than twenty years.  A life of-and- in television not only affects my writing, it defines the very method and style of my storytelling.

Movies had a similar influence on me.  My books are full of movie references, some obvious, some subtle.  Film Noir and epic adventure films are the biggest influences.  Kiss Me Deadly, and Lawrence of Arabia are my two favorite films of those genres. I think, as a child of the fifties, the best thing about movies then is they were BIG on the screen.  I could never imagine anyone making something so bloody big.

Music is huge in my writing.  (btw: in the headphones, I’ve moved from Cocteau Twins to World’s End Girlfriend by the Japanese post rock group, Mono.)  I’m usually listening to post rock, shoegaze or ambient music as I write.  I put the work of three artists I admire very much (Locomotora, A Winged Victory for the Sullen, Ascension of the Watchers) in Angel City.  I even made the members of Locomotora, a post rock band from Finland, characters in the book.  Add to that, one of the best jobs I ever had was spinning wax at a free-form radio station in Colorado during the ’70’s.  So in addition to a band, I put a radio station I named “The Last Radio Station on Planet Earth” into Angel City too.  It was one of my favorite scenes in the book.  In fact, thinking about Angel City the old gray-headed hippie spinning tunes and speaking into the microphone on the radio, and the old gray-headed man playing records from the window of his village cottage as Harper walks by, are both me from different periods of my life.  Funny how writing works sometimes.

What other books would you recommend for fans of the Angelus Trilogy?

Gads, I don’t know.  Not sure I even wish to try.  I think reading is a private adventure.  Readers choose books because of who they are.  That, to me as a writer, is the wondrous part.  I mean, let’s face it, it takes time and commitment to read a book, any book.  So when readers tell me they’ve read my books, I am humbled beyond belief at being part of their life.  I can only hope they chalk it up as one more excellent adventure in reading.

Is there an author that you would like to recommend to readers? Where should they start?

Oh, gosh.  Tough question.  I suppose I’d go with William Faulkner.  He’s classified as a writer of ‘southern gothic,’ but in my head he best represents a North American form of magic realism, a literary form I love to read.  Some of my favorite writers fall into that genre…Llosa, Márquez, Allende, Bulgakov (Master and Margarita, a must read for anyone who wants to write)…sadly, I’m forced to read the translations.  I suppose that’s why I love reading Faulkner so much, he captures the genre so well in 1930’s English.  And I’d jump right in with Light in August, written after The Sound and the Fury and As I lay Dying.  It’s an almost impossible book to describe other than the reader finds himself/herself walking down a dusty road in Faulkner’s mythical Yoknapatawpha County with a young pregnant girl from Alabama, looking for the father of her unborn child.  Light in August is a near mystical epic that was unmatched till Cormac McCarthy penned Blood Meridian.

What’s one book that everyone should read? Why?

Make it three books: The Deptford Trilogy by the Canadian novelist, Robertson Davies.  It has everything…magic, mystery, off beat sex, life, death, carnival sideshows, art, humor, pathos, hookers, drunkenness, Jungian psychoanalysis, an expansive plot line built around a boy throwing a snowball…all composed in some of the most gorgeous English writing ever put to paper.

What’s one book that you wish you had never read? Why?

There are none.  In fact, there are more things to be learned from reading a bad novel than a good one.  Bad novels provide aspiring writers with clear, solid lessons in what not to do.

And what’s one book that you have always wanted to read? Why?

The original Spanish version Mario Vargas Llosa’s ‘Conversation in the Cathedral.’  I’ve read the English translation several times.  Two men meet at a dog pound in Lima; one is a journalist for a newspaper, the other a dog catcher who puts strays into a burlap bag and beats the animals to death with a club if they are not reclaimed before three days.  The two men recognize each other from earlier days and go to a local bar called The Cathedral for a drink. They spend the next 350 pages moving back and forth through time, attempting to answer the question posed at the opening of the book: ‘At what precise moment had Peru fucked itself up?’  I can only imagine how wonderful the book must be to read in the original language.