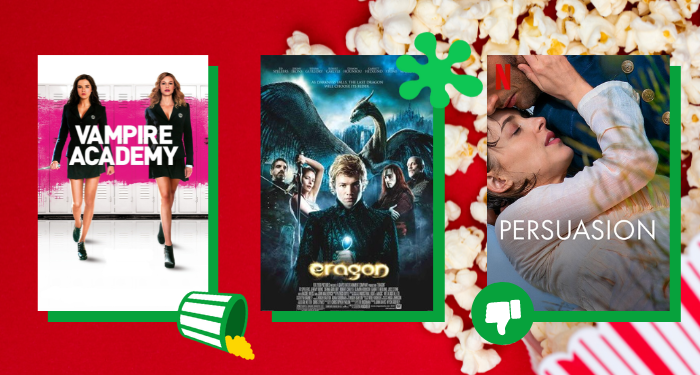 When a book you love is being adapted into a movie, you get excited. It’s hard not to get your hopes up. You’re about to see the worlds and characters you’ve imagined blown up on the silver screen. Will they look like what they pictured in your mind? Will the scenes play out with the same kind of drama and page-turning suspense that made the book so good? What will the movie add to the book that will surprise you and make the story feel fresh again? The possibilities are endless!

So what happens when the movie turns out to be a total flop? Yes, it’s disappointing, but it’s so much more than that. Now the books we love will be forever associated with a movie that practically no one enjoyed. If you ever reread the book, you won’t be able to stop yourself from visions of the (very bad) movie in your head. So yeah, it’s more than just a bad movie. It’s an affront to the book and its legacy.

Here are the worst book-to-film adaptations that nearly all critics and viewers can agree were totally bad ideas. They’re organized from highest Rotten Tomatoes score to lowest rotten tomatoes score, so settle in because it’s going to get worse as we go. 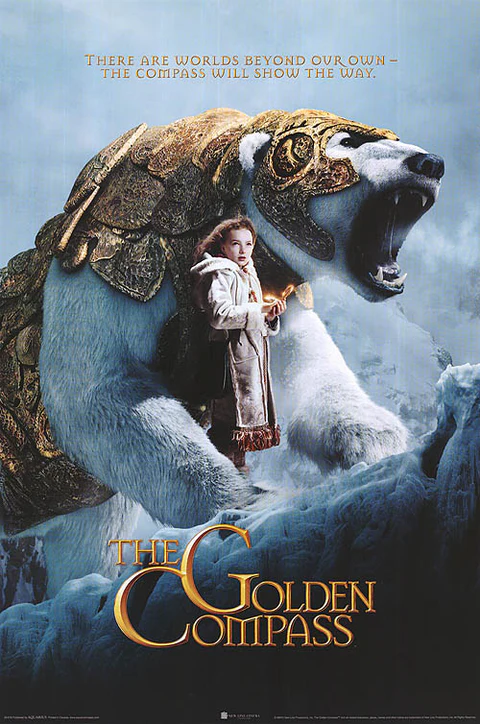 The 2007 film adaptation of The Golden Compass by Philip Pullman had all the makings of a good movie: A young adult fantasy adventure that readers loved. A stellar cast including Nicole Kidman, Daniel Craig, Sam Elliott, Eva Green, and Ian McKellen. And a promising debut performance from Dakota Blue Richards. But the subject matter of The Golden Compass and the rest of the His Dark Materials series is subversive, confronting complex issues like the hypocrisy of organized religion. The 2007 adaptation scrubbed the movie so clean of any controversial content that it also completely missed the point. What we ended up with is an adaptation that felt totally heartless. 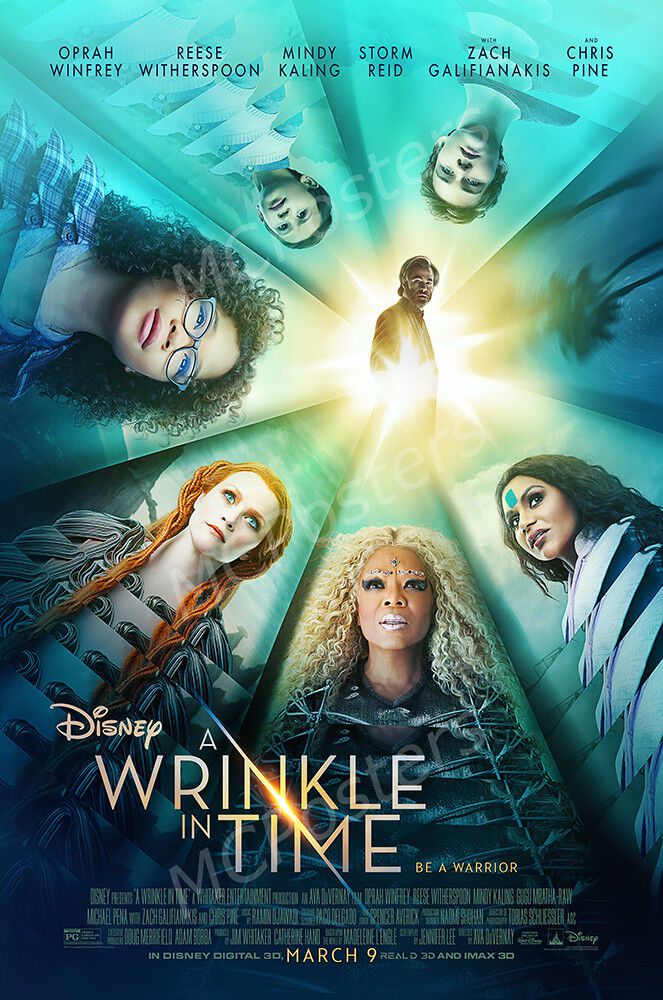 In 2018, we were all excited about the adaptation of Madeline L’Engle’s A Wrinkle in Time. After all, it was directed by the critically acclaimed director Ava DuVernay. And the visuals in all of the previews looked so impressive. But the film itself did not live up to the hype, nor did it capture the magic and wonder of the classic Newbery Medal–winning novel. This one was all style and no substance. The book itself carries a lot of emotional weight, but the film was just corny. 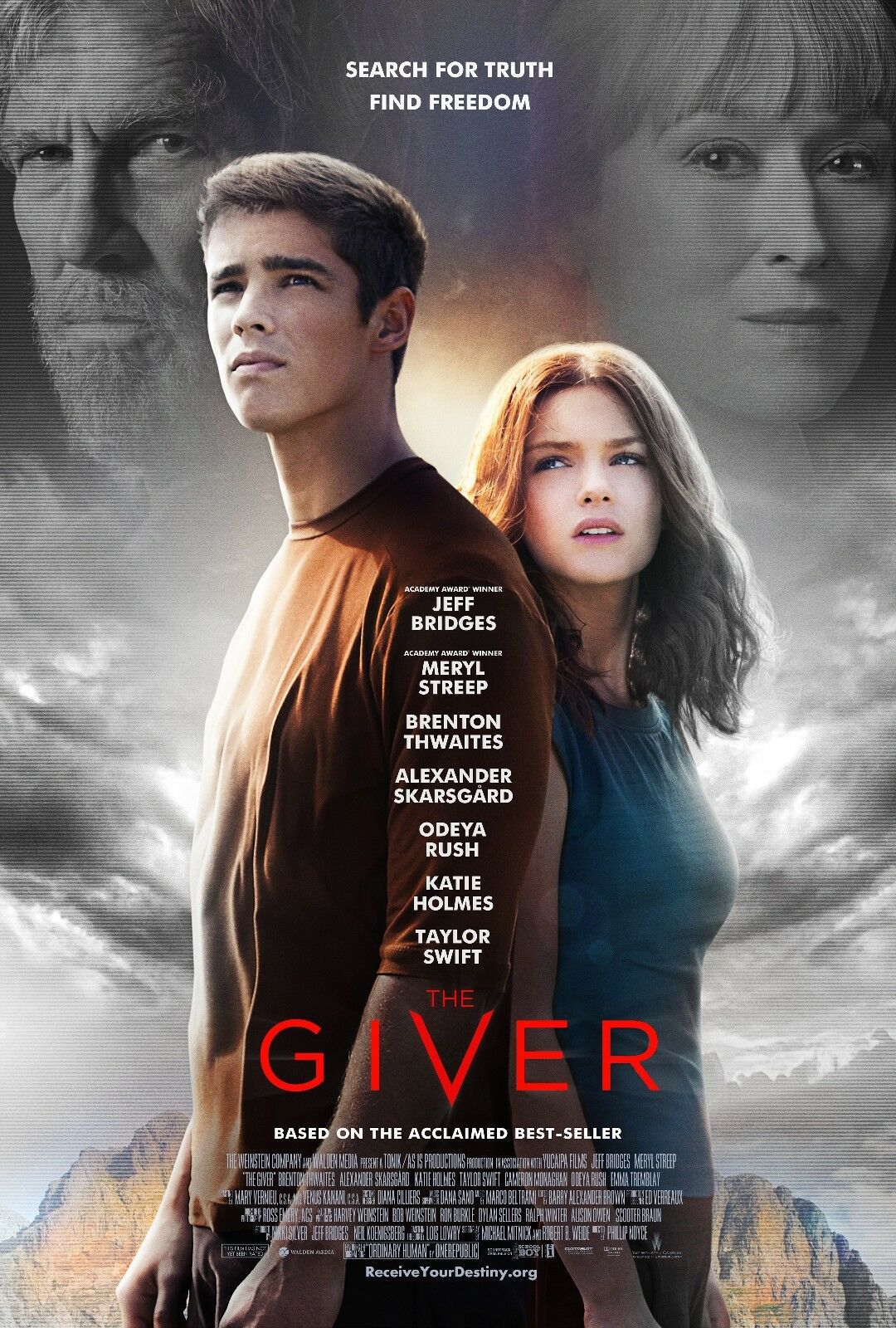 In 2014, the film adaptation of Lois Lowry’s The Giver came out at the tail end of the YA dystopian adaptation boom. But The Giver is no Hunger Games. In fact, these are very wildly different books, and the fact that this movie tries to make The Giver more like a Hunger Games– or Divergent-type story? A huge misstep. And, look, we all had Taylor Swift’s Midnights at the top of our Spotify Wrapped charts in 2022. But the pop singer’s appearance in this film was a huge head-scratcher. 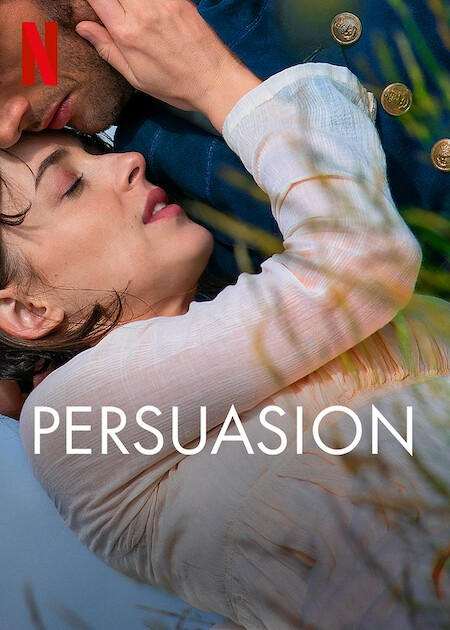 Okay, I have to come clean. 2022’s Persuasion was the real book-to-film adaptation that inspired this list for me. If it were up to me, this movie would be at the top of this list. This is another one of those movies that got a lot of hype, especially after the success of Bridgerton and Emma. And yes, I too was super excited to see Jane Austen’s novel adapted into a movie starring Dakota Johnson and Henry Golding. But wow, this one was just a misstep in so many ways. I want to blame the script because it was really bad. Viewers everywhere cringed at lines like, “It’s often said if you‘re a five in London, you’re a ten in Bath.” But it wasn’t just the script (or the fact that no one involved in this movie knew what the heck to do with Anne Elliot). This movie looked boring. The sets were uninspired and the costumes looked like they came out of my high school drama department’s closet. No shade to my high school drama department because we were doing the best with what we had, but come on, Persuasian had the money. What the heck happened here? This movie probably singlehandedly killed Jane Austen adaptations for years to come. 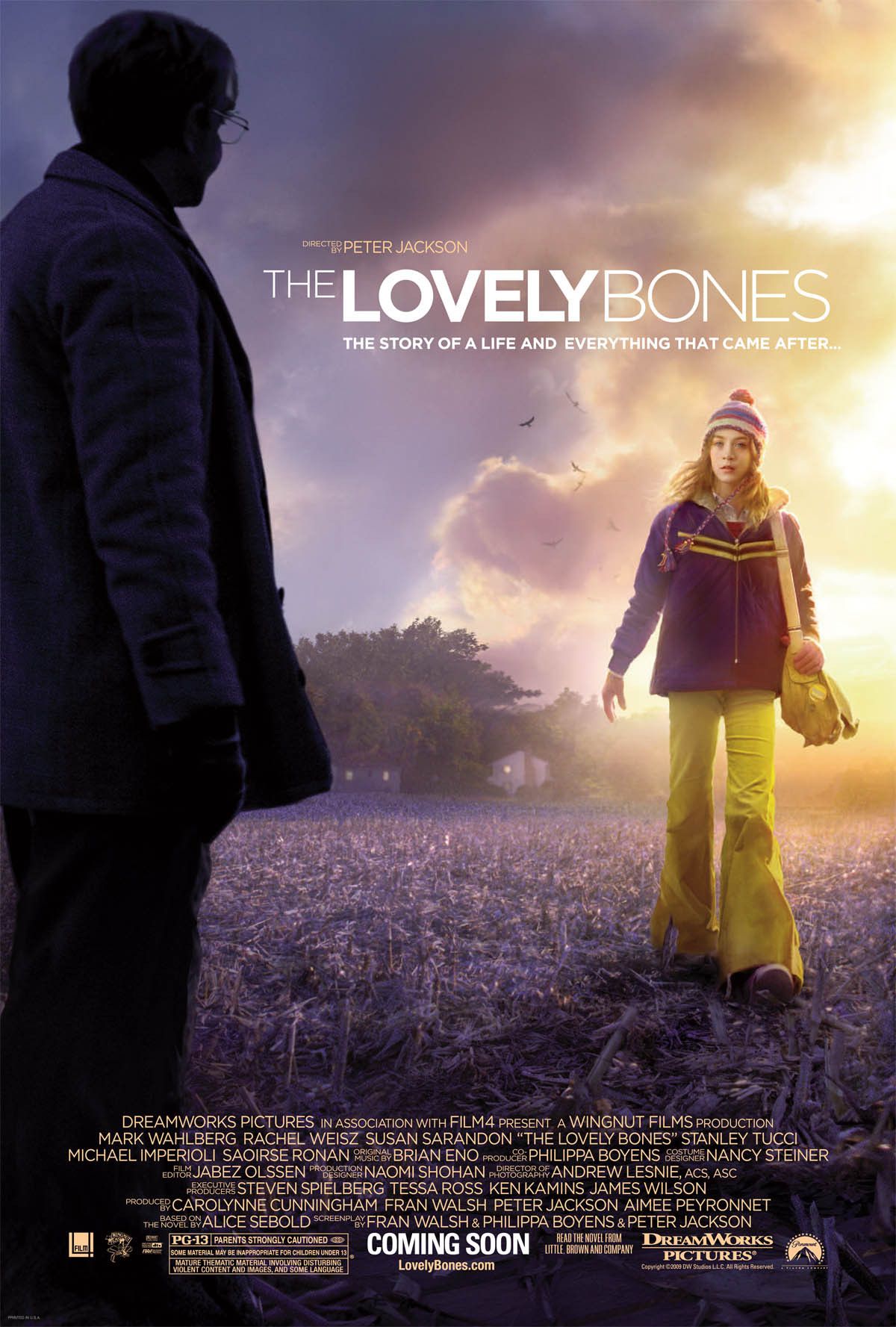 Alice Sebold’s The Lovely Bones was a book that left me in tears when I read it back in 2002. But Peter Jackson’s 2009 film adaptation? Yikes. The movie’s biggest misstep is the fact that it missed the entire point of the novel. The Lovely Bones is a reflection on death and grief. And yes, it’s told from the perspective of a young girl looking down at her family from heaven. But Peter Jackson must have just heard that this story had something to do with heaven. His version of The Lovely Bones is way more interested in imaginations of what that heaven might look like and less interested in the very human story that grounded the book. This is another one that was all style and no heart. 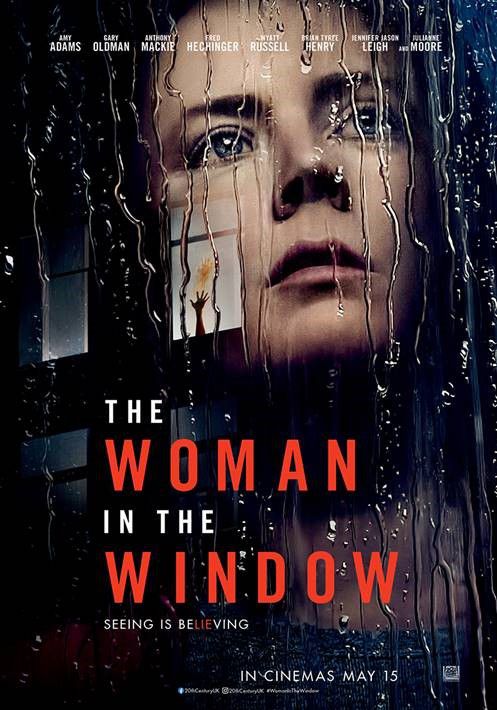 The Woman in the Window (Rotten Tomatoes Score 25%)

Before the film adaptation of The Woman in the Window hit Netflix in 2021, we all kinda already knew this one was going to be bad news, despite the Amy Adams of it all. First of all, there’s the controversies surrounding the author A.J. Finn. Then there’s the fact that this movie was originally slated to be released in October 2019…and then proceeded to get delayed over and over again before finally going straight to streaming. When the movie finally came out, the finished product felt like a parody of all of the other domestic thrillers that had come out before it. In fact, The Woman in the Window felt like such a parody that when Netflix released the actual parody The Woman Across the Street from the Girl in the Window, it actually didn’t feel any more or less absurd than this frighteningly bad movie. 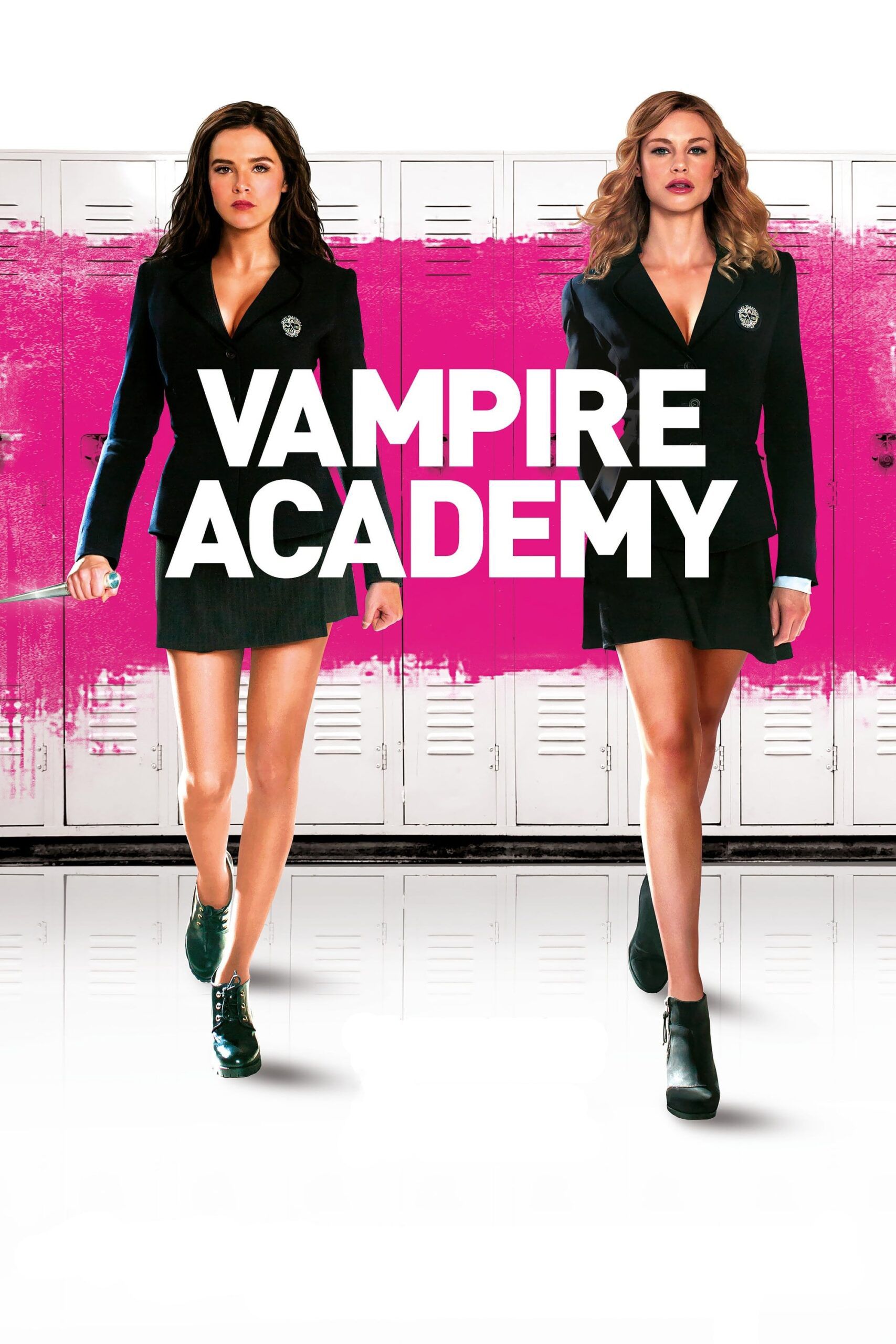 We’re getting to the very bottom of the barrel, friends. Vampire Academy was a 2014 fantasy horror comedy based on the YA book series of the same name by Richelle Mead. This was film that was definitely trying to ride the wave of the Twilight fandom and totally missed the mark, by a lot. The script was cringe-worthy. The CGI looked dated, even by 2014 standards. And for a comedy, this movie was really short on actual funny moments. This one isn’t even so bad you can laugh at it. It’s just bad bad. 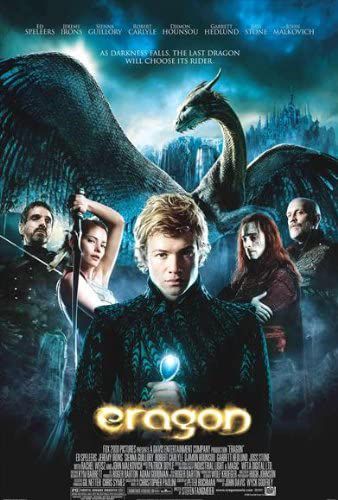 You would think that a young adult fantasy adaptation coming out in 2006 would automatically be a runaway hit, right? Wrong. This film adaptation of Christopher Paolini’s beloved novel was not beloved…by anyone. While we all understand that movies have to change novels at least a little to adapt them for the screen, fans of the book were horrified by how much this deviated from the source material. This is another one that also suffered from terrible special effects and bad acting. This movie was initially planned to be the first in a series, but it performed so poorly at the box office that the entire film franchise was canceled. Fans of Eragon are still waiting for the film adaptation this book deserves. 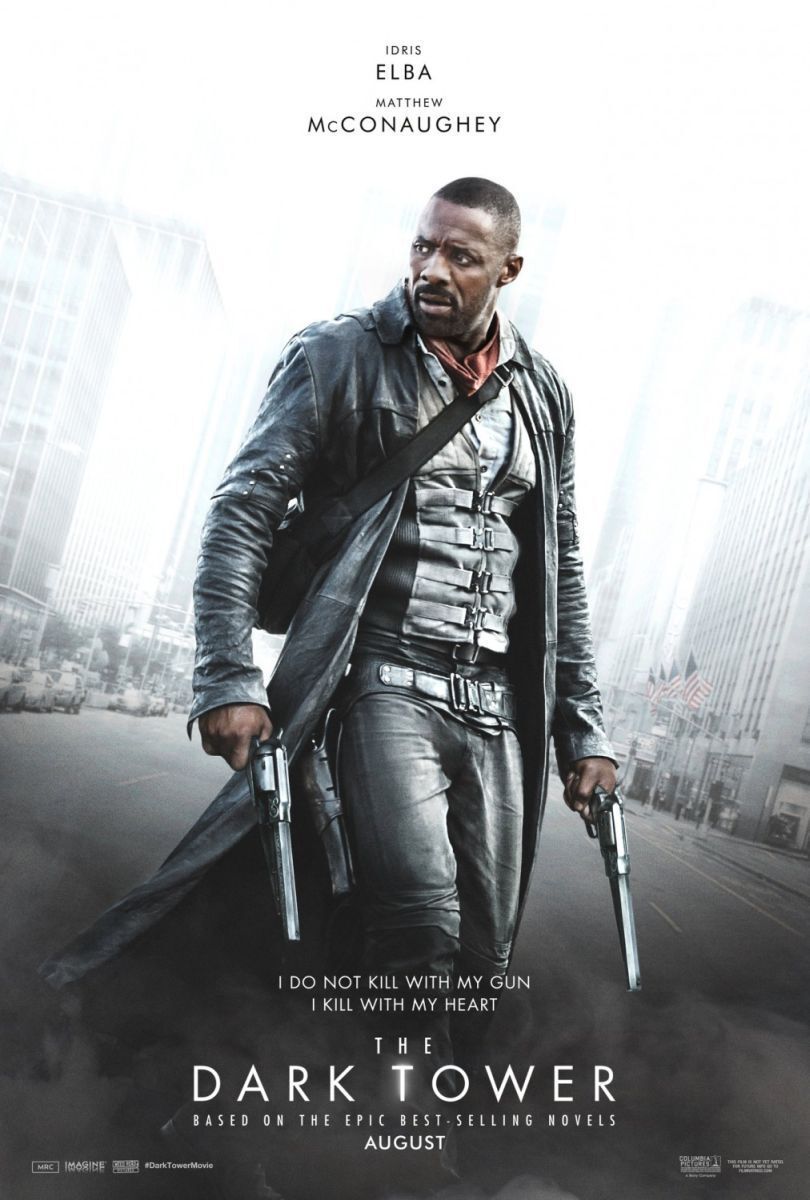 Seriously, how do you mess this one up? The Dark Tower is a film based on the fan-favorite dark sci-fi/fantasy series by Stephen King. And it stars Idris Elba. This shouldn’t have been hard to make good. And yet…here we are with a 15% rating on Rotten Tomatoes. What went wrong? Stephen King himself speculated that a lot of the problem was insisting that the film maintained a PG-13 rating, which meant the movie “lost a lot of the toughness” of the books by default. King was also puzzled by the fact that the film decided to start the story right in the middle of the series rather than at the beginning. I have to admit that for me, a viewer who had only read the first book in the Dark Tower series, I found that decision to be really confusing as well. And as much as I love seeing Idris Elba on my screen, the actor was not enough to save this one for me (or anyone else, it seems). 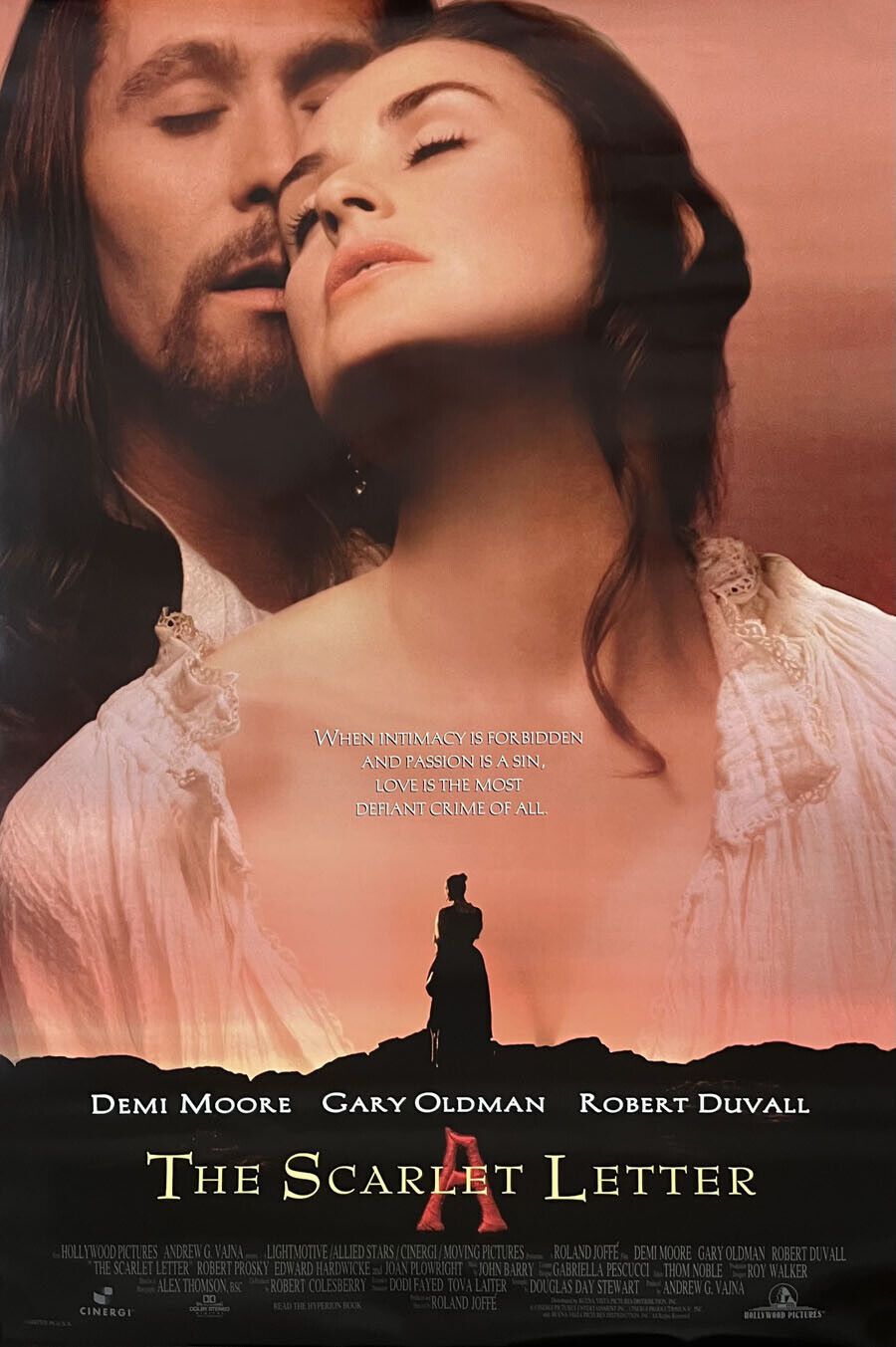 Coming in at the very bottom of the Rotten Tomatoes charts is The Scarlet Letter, another film adaptation that totally missed the point of the original material by Nathaniel Hawthorne. This 1995 film, starring Demi Moore, Gary Oldman, and Robert Duvall, took the novel’s complex themes of guilt, female independence, societal pressures and dumbed it down into an erotic drama. I mean, just look at this movie poster…What? Apparently even Demi Moore called The Scarlet Letter “a very dense, un-cinematic book.” So I guess the filmmakers’ solution was just to…make it sexier? Because when readers think “Nathaniel Hawthorne,” we all think “sexy,” right? Add in the over-the-top, cheesy acting and you’ve got yourself a real winner here.

Look, I love movies! I love books! I want book-to-movie adaptations to be good, which is why these movies need to be called out for being so disgracefully bad. But on a more positive note, here are some of the best recent book adaptations. Here’s hoping 2023 will be a good year for adaptations too!