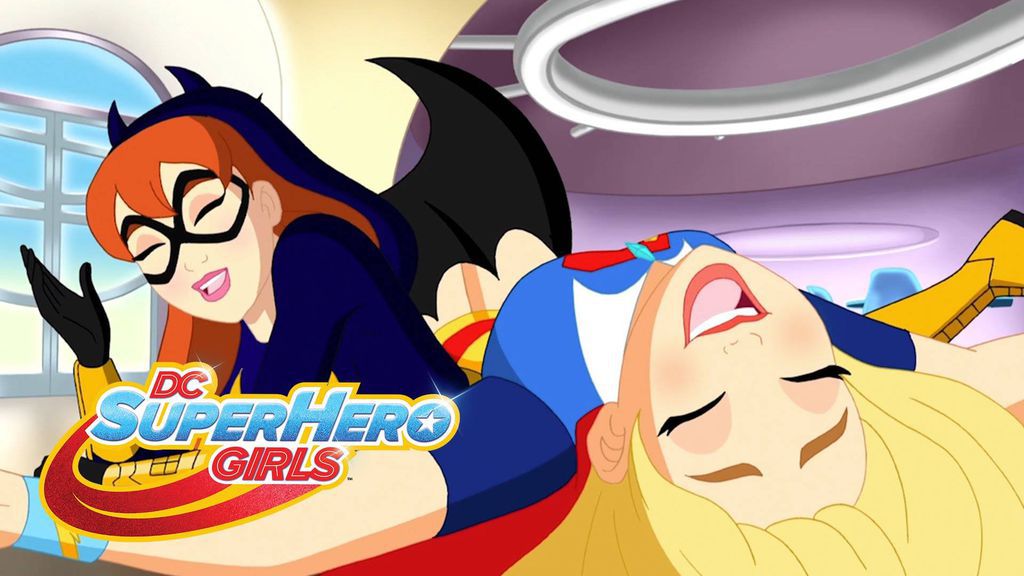 Today is Galentine’s Day, a.k.a. The Greatest Holiday in the Entire Universe, when lady-type folks celebrate their friends! We’re all about female friendships here at Book Riot Comics, but there’s one friendship that tends to make the shortlist of lady duos that I think is often misunderstood: Supergirl and Batgirl.

See, Superman and Batman have been frequently paired up since 1940, usually under the heading of “World’s Finest” (thanks to their dual appearances in a long-running comic by that name), so it’s natural to assume that their distaff counterparts have a similar history. The difference is down to legacy mantles and retcons. While Superman and Batman have pretty much always been Clark Kent and Bruce Wayne respectively, short-lived replacements aside, the mantles of Supergirl and Batgirl have been held by up to eleven different characters, depending on how you count it. Plus, they’re frequently rebooted with their histories wiped clean in a way the menfolk aren’t, meaning that they’re often meeting again for the first time.

Here’s a short rundown of some of the variations on this friendship we’ve seen over the decades: 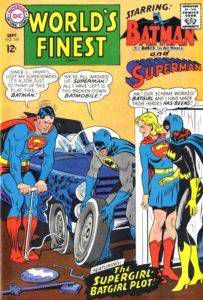 Silver Age: Kara Zor-El debuted as Supergirl in 1959, but Barbara Gordon wouldn’t show up as the first Batgirl (following the prototypical Betty Kane as “Bat-Girl”) until 1967. They teamed up shortly afterwards in World’s Finest Comics #169 (September 1967), in a typically bonkers story of the time period.

But after that they only had five more appearances together until Crisis on Infinite Earths came along. Crisis portrays their relationship as very close, with Kara assuaging Babs’s fears in the face of the possible annihilation of their universe, but the friendship ends abruptly when Kara is killed by the Anti-Monitor. Babs gives a eulogy that is so touching it’s easy to forget that these characters actually barely knew each other – and then Kara is promptly erased from continuity. Still, it’s a very nice speech. 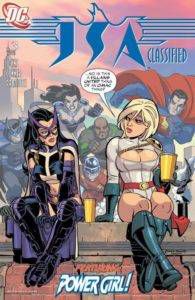 Earth Two: A more substantial friendship between a Super girl (but not Supergirl) and a Bat girl (but not Batgirl) cropped up during the Bronze Age over on Earth Two. There Kara Zor-L (note the spelling) took on the mantle of Power Girl, and Batman married Catwoman and had a daughter, Helena “Huntress” Wayne. The two became fast friends, bonding over the difficulty of living up to their illustrious male relatives, and joining both the Justice Society of America and Infinity, Inc. together.

Helena Wayne was killed off in Crisis and rebooted as Helena Bertinelli, who interacted only marginally with Power Girl – despite a fun teamup in JSA: Classified where Peej discovers she’s a survivor of Earth Two, with distant memories of their pre-Crisis friendship. After the New 52 launched in 2011, however, they were rebooted as the Supergirl and Batgirl of Earth Two, lost on Earth One and going by the Power Girl and Huntress names as cover. They are very definitively best friends in this version, which plays up that soapy Bronze Age homoeroticism for all its worth. (The characters have now returned to Earth Two, clearing the way for yet another Helena Bertinelli and an unrelated Power Girl. Comics are complicated.) 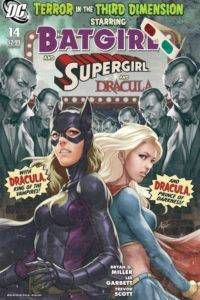 Post-Crisis: After Kara Zor-El died in the Crisis, she was replaced by a protoplasmic being from another dimension who merged with a mortal girl to become an angel, as so many of us do. It wasn’t until 2004 that Kara Zor-El would return to comics, crash-landing on Earth for the first time all over again in this new continuity.

Meanwhile, Barbara Gordon lost the use of her legs after being shot by the Joker and became Oracle, and the mantle of Batgirl was eventually taken up by Cassandra Cain, a mute teenager trained by her assassin father to be the greatest martial artist alive. Though Cass and Linda, the protoplasmic angel Supergirl, interacted every now and then, they really didn’t have much in common, plus they were a good six years apart in age – and by the time Kara returned in 2004, Cass had gone evil, and their only significant interaction was a battle during Cass’s tenure as the head of the League of Assassins.

But! In 2009 Cass handed over the Batgirl mantle to her best friend, former Spoiler and Robin Stephanie Brown. Steph and Kara met in the 2010 World’s Finest miniseries and quickly bonded. They only had five appearances together total, but Kara’s cameo in Batgirl #14 (2010), in which she and Steph fight an army of Draculas from a cheesy black and white film, is the stuff of legends. I miss this friendship.

So What Now? With the 2011 reboot, all past Supergirl/Batgirl friendships except the Power Girl/Huntress one were erased, and a lot of the potential candidates to rekindle those friendships disappeared from the stands. Now Barbara Gordon is back in the cape and cowl, but as a grad student she’s not really a peer of the high-school-aged Kara Zor-El.

However, Cass and Steph are both around as part of the cast of Detective Comics. I’d love to see Kara take a trip over to Gotham, or the Bat gals heading to Metropolis on a mission. And this time, I’d like the friendship to stick.

Further Reading (and Watching!): There’s always Elseworld’s Finest: Supergirl & Batgirl, an alternate universe story where Superman and Batman don’t exist, and of course Kara and Babs are best friends in the DC Super Hero Girls universe. Also, the Batman: The Animated Series episode “Girl’s Night Out” is a classic, featuring not just a Supergirl/Batgirl teamup, but a Harley/Ivy/Livewire one as well!

Finally, I’d be remiss in not mentioning Mike Maihack’s absolutely delightful one-pagers about Kara and Babs. Hey DC, when can we get him on an all-ages teamup book? Please?