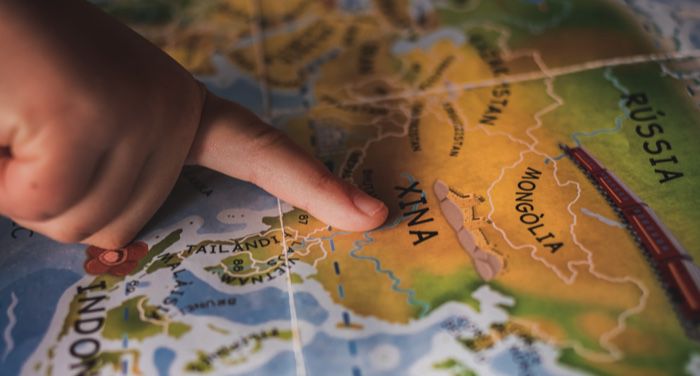 In English, translated literature has a stuffy reputation. Here, where translated literature occupies a place at the margins, readers often think of it as exclusively highbrow. It’s “too serious.” Or it’s “too literary.” It’s “for eggheads.” And, moreover, it’s “like eating your vegetables.”

Why, then, would we want to force this stuff on unsuspecting children??

But translated literature is, of course, just a book that’s traveled from one language to another. When my kids read Diary of a Wimpy Kid in Arabic or French, they probably don’t worry that it’s too serious.

First launched in September 2016, World Kid Lit Month is a month to celebrate and promote world literature for children and teens. The month focuses particularly on fiction, poetry, and nonfiction translated to English from other languages.

“Only a few percent of the world have English as a first language,” Hahn said. “Deciding you’re interested in reading only books by people who happen to have been born into the same language as you is as arbitrary as deciding you’re only going to read books written by people whose surnames start with vowels. Not that there aren’t quite a lot of them, but don’t you think you might be missing out?”

Alexandra Büchler, the director of Literature Across Frontiers, added:

“By reading beyond our borders we explore the vast diversity of voices and perspectives that complement and contrast with our own. Global kid lit offers a window onto the world and a reflection of other cultures, but it also expands the opportunities for children to find the texts that speak personally to them.”

In the past, World Kid Lit Month has mostly been focused around the blog World Kid Lit. This year, the “World Kid Lit” collective has expanded. Through  Twitter, Instagram, Facebook, and live Zoom events, there will be more about global reading for young people.

Don’t have the funds to travel? Can’t go anywhere because of COVID-19? In that case, pick a destination and fly there with a book!

Kids deserve diverse and inclusive books. Moreover, we need diverse books for our literary world to thrive, the same way we need diverse plants and animals. What can we do to enrich and expand young readers’ biblio-climate?

Global Reads for a Global Outlook

What questions are interesting to young readers? How can they address them by reading #OwnVoices books in translation?

Of the books children already know and love, which ones are already in translation?

As Syrian picture book writer Nadine Kaadan recently noted on Twitter, there are many children’s books by western writers about Syria. What’s missing is Syrian stories by Syrian writers.

Kaadan writes: “I completely see that these books are made with absolutely wonderful intentions but I find it very sad and deeply disempowering for Arab and Syrian children to read books about their culture that are unfamiliar, and faculty clumsy.” She adds: “I also find it equally distressing for children to repeatedly read about our culture from a very western and orientalist perspective.”

The first panel, “How Translations Happen,” was held on September 2. Anyone interested can watch online.

At this first event, publishers discussed what they look for in translated children’s literature. How do market standards differ across regions? What unique challenges does the pandemic bring? How does it affect the kid lit universe?

Organizers have set the second panel, “”Why Translate KidLit? A Talk with Translators Around the World,” for September 30. You can find out more at the World Kid Lit events page.

How can you get involved?

Readers, librarians, booksellers, and educators can get involved this September.

Ways to join in:

Organizers also ask that, when you talk about translated literature, you make sure to name the translator.