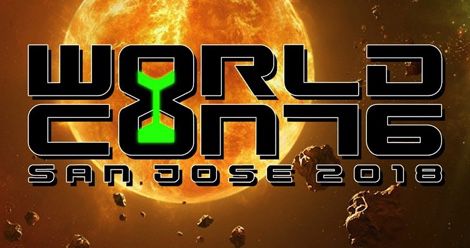 The World Science Fiction Convention (76th of its name) this year ran August 16–20, culminating with the Hugo Awards Ceremony on the evening of August 19. (A little unusual—most of the time the Hugos are presented on the Saturday of the convention.)

After the problems with programming that reared up in late July—extremely late for a convention to be trying to fix its programming—and the heroic efforts of Mary Robinette Kowal (author of The Calculating Stars) and her team to fix things up, to my knowledge programming went off well, with full rooms and no major day-of issues. Big thanks to the convention staff (and Mary and her team) on course correcting. 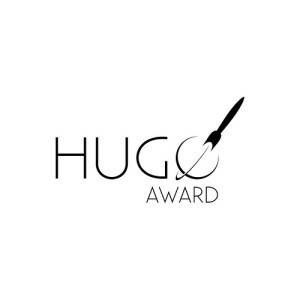 The biggest thing I’m interested at WorldCon is the World Science Fiction Society Business Meeting, which is normally a technocratic exercise in Roberts Rules of Order fandom that determines, among other things, how the Hugo Awards are actually going to work and even what awards are going to exist. After many years of extremely contentious business meetings thanks to an attack from the political right of fandom (see here for a longer explanation) and the Herculean efforts to get a YA Award off the ground, this year’s meeting was downright peaceful! And actually finished early, which is the first time I’ve seen that happening in my short career of WSFS Business Meeting attendance.

If you want to know who won the Hugo Awards (and the two Not A Hugos) this year, Book Riot has you covered.

And an oddity for fannish history…

To my knowledge, this is the first WorldCon that’s been subjected to an alt-right protest, so…yay? No, definitely not yay.

There was this guy who got banned from WorldCon for stating his intention to break the Code of Conduct. And so he decided to hold an alt-right–themed protest outside the convention on Saturday afternoon, to which he then didn’t actually bother to show up. There were 30–40 MAGA hat–wearing people (and one gentleman notably wearing a tin foil hat) blocking access to the Bloodmobile (there for a blood drive) for approximately three hours. There were also counter-protestors and a lot of extremely bored-looking police—the police presence due to the credible threat of local, known-to-be-violent white supremacists showing up. They thankfully did not.

The protest ended not with a bang, but a whimper, at four o’clock when the police simply picked up the barrier in front of the protestors and pushed it back until they dispersed. The counter-protesters left on their own. During the unnecessarily stressful time, convention staff, convention center security, and helpful attendees worked hard to make certain only attendees were getting into the convention center, and that anyone wanting to register or get to the blood drive had a safe walk there. (Full disclosure: I was part of the group of attendees supplementing the convention staff for the duration.) For a more detailed look at what happened, if you’re curious, I refer you to File 770, which incidentally won the Hugo for Best Fanzine this year. (Congratulations, Mike!)

Here’s hoping this will be a unique occurrence in WorldCon history.

Goodbye and thank you to WorldCon 76, since I’m sadly leaving before closing ceremonies. That’s it for this year, but we have years to come to look forward to. WorldCon is a beautiful fannish shark that will only eat your money if you get to close to the dealer room and never stops moving, constantly crossing the world.