The World Cup is going to take the world by storm this summer, capturing the attention of billions across the world in every nation and crossing all lines. Football (or soccer) is truly the world’s game, and there is no bigger celebration of it than the World Cup.

Don’t know much about football? Want to fully immerse yourself in the game in your reading time? We’ve got you covered with five titles to deepen your appreciation for the game and its impact on the world. 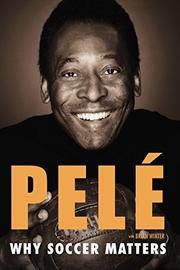 Why Soccer Matters by Brian Winter and Pelé

Edson Arantes do Nascimento, known to the world as Pelé, is the greatest of all time to play the game with three World Cups over a twenty-year career. The Brazilian is the unofficial global ambassador for the game and has dedicated his life to humanitarian causes. In this book, the authors explore what the title says; why soccer matters to individuals, communities, nations and the world as a whole. The book is easy to read, engaging and approachable and doesn’t require any knowledge of the sport. An inspiring and hopeful look at how sport can act as a change agent on the micro and the macro scale. 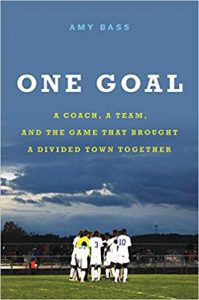 One Goal: A Coach, a Team, and the Game That Brought a Divided Town Together by Amy Bass

In the vein of Pelé’s work, Amy Bass tells another inspiring tale about soccer bringing a community together, this time in Lewiston, Maine. Lewiston was bristling with racial tension after an influx of Somali refugees changed the face of the struggling small town. A scandal was erupting over the mayor’s controversial comments and the town looked to be heading down a dark path of xenophobia and exclusion. However, the coach of the local high school soccer team showed courage and encouraged the Somali youth to join his team. Amy Bass, who writes about sports and race for a variety of publications tells this timely tale with energy and urgency, and she has written an inspiring tale that can’t be put down. 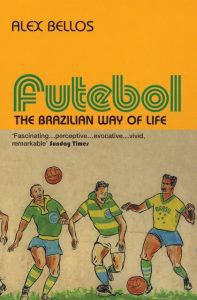 Futebol: The Brazilian Way of Life by Alex Bellos

Futebol is part travel book, part biography, part exploration of a sport and it impacts on culture. Bellos travels the length and breadth of Brazil on a freewheeling exploration of the country that produces the greatest footballers in the world. He explores the sport as an adhesive holding together a massive and diverse nation, giving a shared sense of accomplishment and history. Bellos’ writing is honest and candid as he doesn’t shy away from analyzing the dark side of football in Brazil. Consequently issues such as corruption, poverty, class and race and how they intersect with the sport. On the whole fans of travelogues and investigative journalism will love this one. 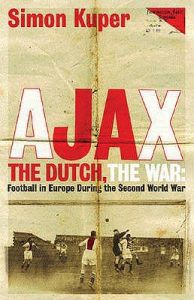 Ajax, the Dutch, the War: Football in Europe During the Second World War by Simon Kuper

A well-told history of the lives of people in Europe during World War 2. Ajax tells it through the lens of football via the premier club in the Netherlands. A cornerstone of the city’s Jewish quarter. The book is mainly a look at how players, fans, and officials coped and survived under Nazi occupation. Especially relevant is an examination of how they came to terms with what happened postwar. Most profound is the author’s exploration of the failure of the club and the people of Amsterdam to protect the city’s Jews. Consequently, Kuper writes with the eye of an investigative journalist and tackles uncomfortable subject matter without reservation. 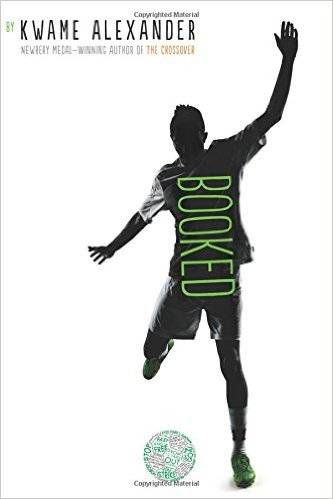 A superb piece of YA fiction told in Kwame Alexander’s superb poetic verse. Football serves as the backdrop to a well-told tale of teen angst. Featuring a fascinating and diverse cast of characters. Alexander’s work of narrative poetry is gripping and fast-paced. Any fan of YA fiction is sure to devour this one.

Football is going to bring the world together this summer. Grab a book and get hooked on the beautiful game!