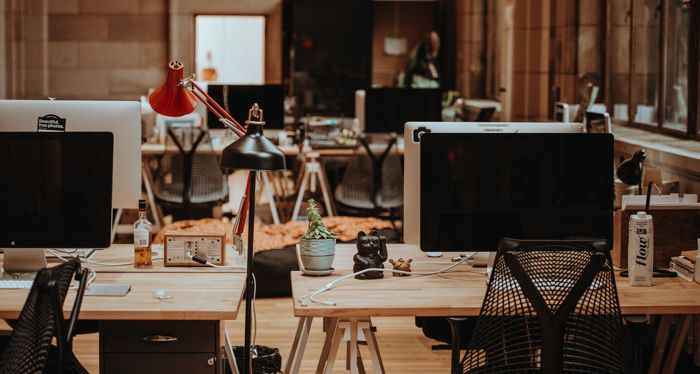 An Argument for the Term Workplace Fantasy

When office work became a larger part of everyday life, authors began to play with corporate structure in fantasy. As a young professional, I spend many an hour getting up close and personal with Microsoft Office Suite. I can vouch for the veracity of the office work in the below novels. Honestly, I am not surprised many fantasy authors familiar with bureaucracy decide to combine the two. It feels natural that there would be at least a dozen fantastical offices.

Workplace Fantasy for the Powered, the Paranormal, and the Undead

A Superhero’s administrative support structure. The office politics of a paranormal workplace. Vocations for the undead. The following books all use a typical office setting as a base for their workplace fantasy novels.

Excel for the Extraordinary 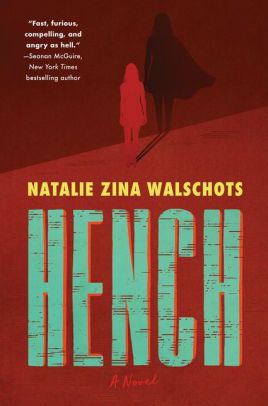 Freelancing as a hench is hard enough without the stigma of Villainy that follows you around. Anna is a wiz at processing information for Villains who need clean spreadsheets. When she receives a serious injury from a “Hero” during her current freelance gig, she is left with medical bills, rehab, and a pink slip. With limited mobility, plenty of time, and revenge on the brain, Anna looks into revealing the true cost of heroism on society. Her blog grabs the attention of a major villain — and with his support, she might just save the world. 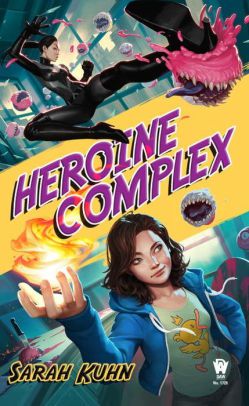 Personal assistant Evie Tanaka works for Aveda Jupiter, a superheroine known for her epic takedowns and epic meltdowns. Boundaries are not the easiest to maintain when your employer is also your best friend. Evie is happy maintaining a Super’s schedule, but when she is must impersonate her boss, she kinda sorta reveals her superpowers. Demon cupcakes, drama blogs, and a budding romance are enough to handle as an assistant let alone as a superheroine. Now Evie might just have to add save the bay area to her job description as well. 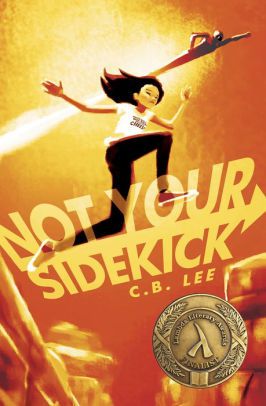 Not Your Sidekick by C. B. Lee

Jess can’t believe her luck when she finds a paid internship that will look great on her college applications. Sure, she didn’t expect to be working for a notorious supervillain, but rebelling against her set of superhero parents and working with Abby, her secret crush, might make it all worth it. Now, the world may just have to rely on an average intern to unearth a plot larger than the hero-villain divide. 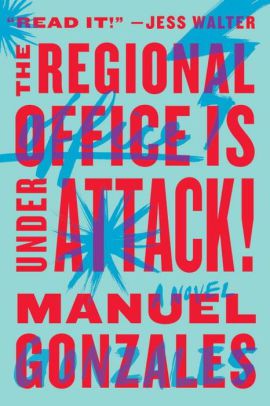 Forces of darkness. Superpowered female assassins. Corporate politics. The Regional Office has it all. At this workplace, oracles recruit talent and day-to-day tasks are supernaturally deadly. When the titular moment arises and disgruntled employees attack the regional office, Rose, an eager young assassin, and Sarah, defender of the regional office collide, the world just might end. 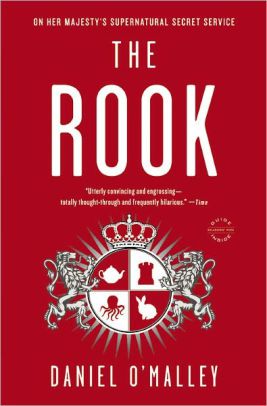 Dead bodies surround Myfanwy when she wakes up on the streets of London with zero memory, so she follows the notes her past self left behind. It’s a bit of a surprise when she discovers she is a Rook who works for the queen’s supernatural secret service. She leads the agency’s information services with quiet efficiency, thorough reports, and obsessive attention to detail. The new Myfanwy must acquaint herself with her supernatural and administrative powers if she wants to discover which one of her coworkers is trying to kill her.

The House in the Cerulean Sea by T.J. Klune

As a 40-year-old caseworker in the Department in Charge of Magical Youth, Linus is content with writing reports that help the magical youth find safe homes. With his consistent performance in mind, Extremely Upper Management assigns Linus to assess an orphanage on an island of dangerous children. He does not expect to find Arthur running an orphanage where even the strangest children can find their place. Linus may be their caseworker, but as he becomes familiar with Arthur and the children, he cannot help feeling at home. This butterscotch cookie of an orphanage is the perfect retreat from corporate life. 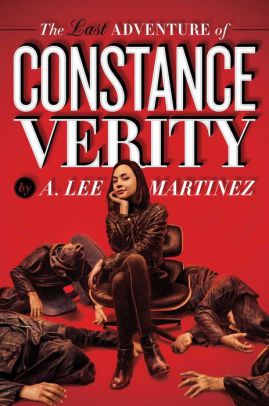 The Last Adventure of Constance Verity by A. Lee Martinez

Constance is a chosen one who longs for an ordinary life. All the cults, time travel, and magical artifacts are getting to be a bit much for her. She is done with magical problems interfering with her goal to get a normal office job. Constance goes on a wild journey to discover how to put a stop to the whole shebang before the adventure finds her first. 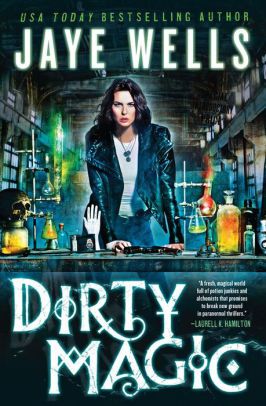 A decade ago Kate decided to leave her family’s dirty magic empire behind and vowed she would never cook magic again. Now, as a patrol cop working for the city, she just wants to raise her younger brother and enforce the laws the rest of her family disregards. But, she begins to find more threads leading her back to her old life in her current investigation, including the wizard she used to love. If she wants to keep her and her younger brother out of the crosshairs of the latest dirty magic turf war, she must thoroughly investigate the life she promised to forget.

Admin in the Afterlife 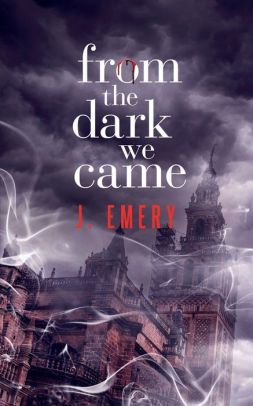 From the Dark We Came by J. Emery

By day, Belar’s an agreeable music instructor, by night, he works at a monster hunters organization where employees file vampire beheadings in duplicate. Belar has a nearly spotless record, eliminating all but one of his targets. But, when the vampire that got away appears at his home with a job offer, Belar must rethink the efficacy of his employer. Quite frankly, this is the best enemies-to-lovers Buffy-esque paranormal romance with a demisexual protagonist you’re going to find. 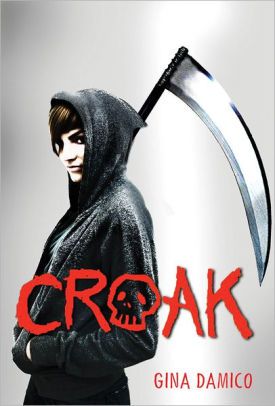 So, Lex’s bottomless rage gets her sent to live in the country with her uncle. She thinks she will have to milk a cow or muck a barn. She was not expecting her uncle to be the mayor of a town of Grim Reapers. At the Grimm regional office, reapers work in pairs, and lucky for Lex, her partner at her unpaid summer job also lives with her uncle and cannot stand her. As an aside, there is nothing like workplace fantasy YA with an enemies-to-lovers subplot. Nevertheless, when the laws of magic suddenly change, all eyes turn to Lex and her unexplainable powers. 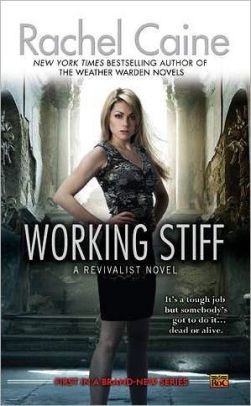 After four years in Iraq, being a Funeral Director was supposed to be a steady job with a good paycheck. Bryn didn’t expect to accidentally uncover her bosses resurrecting clients as part of an extortion racket. Her literal termination from her job leads to her new career as a corporate spy at the pharmaceutical company that kills, reanimates, and employs its workers to ensure loyalty. Hopefully, this assignment doesn’t become the ultimate dead-end job. 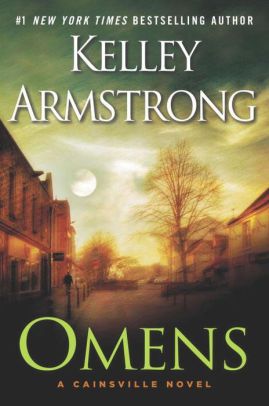 Olivia graduates college with a useless English degree, a distant boyfriend, and a pair of rich parents who try. Her old life swiftly crumbles when the news comes out that her biological parents are occult serial killers. Instead, Olivia falls into work with a local lawyer, and together they discover magic that spans generations. Turns out legal admin becomes much more interesting when you mix in fey myth, mysterious biker gangs, and memories from a past life. Moral: if lost in the job market, find a troubled lawyer and become a fairy private eye.

As a lover of myth, I appreciate adaptations of old creatures in fantasy. But, as a modern office employee, I enjoy relating to excel flow and the tone of workplace correspondence. Fantasy is notorious for putting magic in familiar spaces from workplace fantasy, to dark academia, to magic boarding schools. Ultimately, workplace fantasy sprinkles something special on life’s Outlook.