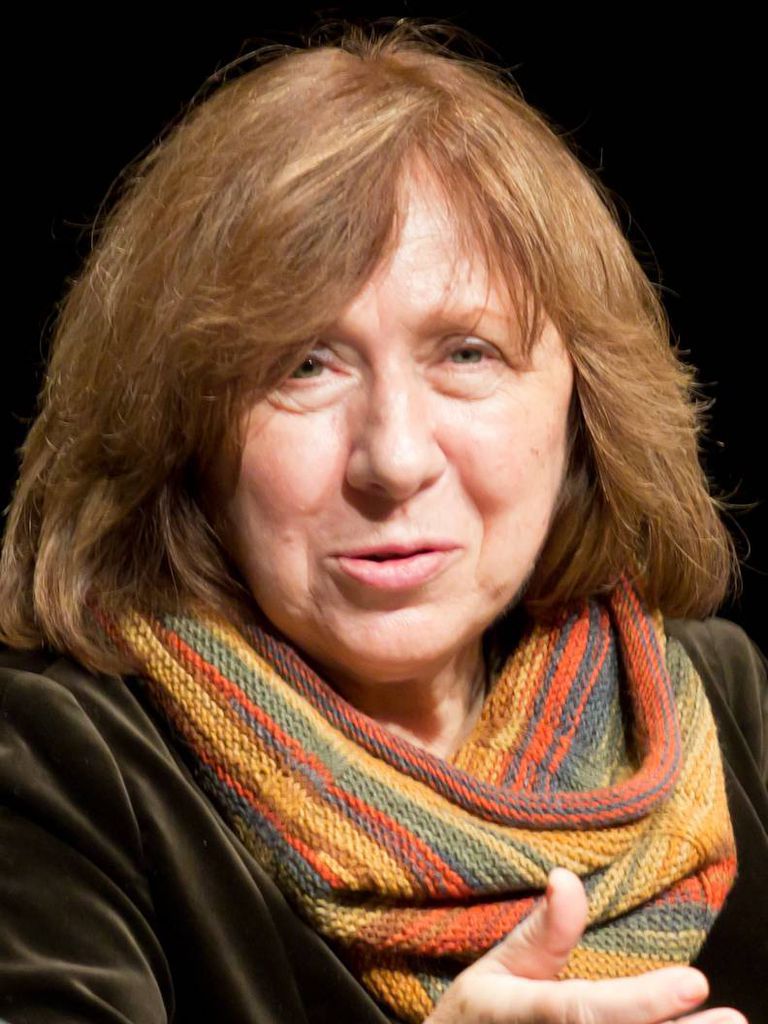 The recipient of the 2015 Nobel Prize in Literature is Svetlana Alexievich from Belarus. By naming her this year’s recipient, the Swedish Academy has made a strong statement in support of an author who is a champion of freedom of speech.

Svetlana Alexievich’s home country Belarus is Europe’s only dictatorship. Belarus has no freedom of speech, no freedom of the press, and no freedom of assembly. The country sentences its political prisoners to death and persecutes its authors and journalists.

The Belarusian regime sees Alexievich as a threat because her books are based on interviews with hundreds of ordinary citizens where they talk about their experiences during World War II, the Soviet Afghan War, the Chernobyl nuclear disaster, and the identity crisis experienced by many in the aftermath of the Soviet Union’s collapse. By giving voice to the individual, Alexievich gives voice to a narrative that opposes the official propaganda of the regime, an act that forced her into exile for many years.

If you wish to read the books by Svetlana Alexievich, so far three of them have been translated into English.

Today In Books Newsletter
Sign up to Today In Books to receive daily news and miscellany from the world of books.
Thank you for signing up! Keep an eye on your inbox.
By signing up you agree to our terms of use
War’s Unwomanly Face is Svetlana Alexievich’s first book and was published in 1985 in what was then the Soviet Union. Based on interviews with hundreds of women, Alexievich tells the story of their experiences at the Soviet front lines in World War II.

Zinky Boys: Soviet Voices from the Afghan War
At the time of publication, Zinky Boys caused an outrage in the Soviet Union. In her book, Alexievich gives voice to the soldiers who fought in the Soviet Union’s ill-fated war in Afghanistan and their families, exposing the truth behind the government’s propaganda. An excerpt from Zinky Boys has been published by Granta. The excerpt contains the testimonies of a soldier, a widow, a mother, and a nurse. 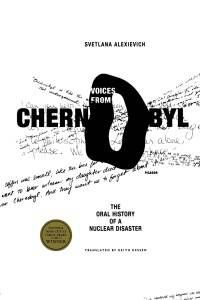 Voice from Chernobyl: The Oral History of a Nuclear Disaster


In February 1986 the nuclear power plant at Chernobyl in Ukraine exploded, causing the greatest peacetime nuclear disaster in the world. Northern Belarus received most of the radioactive fallout. An excerpt from Voices from Chernobyl has been published by The Paris Review. It is a harrowing and deeply emotional read that exposes the human suffering as well as the hypocrisy of the now-defunct Soviet regime and the current dictatorship of Belarus.

Note: A previous version of this post stated that the Chernobyl nuclear power plant is located in Belarus. This has now been corrected.