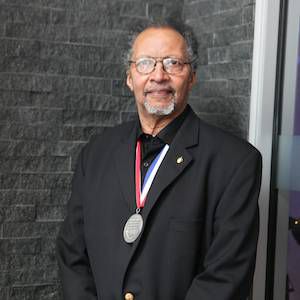 Last week, the kid lit community lost one of its giants when Walter Dean Myers passed away. Credited with writing over 100 books in a career that lasted over 45 years, Myers’s impact to the world of books and to children and teens can’t be understated. He was an advocate for reading and earlier this year wrote an impassioned Op-Ed, alongside his son Christopher, in the New York Times calling for more diversity in children’s books so that all children can see the true world around and open to them.

To commemorate Myers’s legacy, here’s a look at some of the poignant, powerful, and vital things he said about reading, books, and the way both can and do impact people’s lives.

“The value of reading has escalated in my lifetime. As a young man, I saw families prosper without reading because there were always sufficient opportunities for willing workers who could follow simple instructions. This is no longer the case. Children who don’t read are, in the main, destined for lesser lives. I feel a deep sense of responsibility to change this.” — via an exclusive interview with School Library Journal (now unavailable)

“We all know we should eat right and we should exercise, but reading is treated as if it’s this wonderful adjunct. ‘Reading takes you to faraway places.’ We’re still thinking in terms of enticing kids to read with a sports book or a book about war. We’re suggesting that they’re missing something if they don’t read but, actually, we’re condemning kids to a lesser life. If you had a sick patient, you would not try to entice them to take their medicine. You would tell them, ‘Take this or you’re going to die.’ We need to tell kids flat out: reading is not optional.” — via Publishers Weekly’s report on Myers being named National Ambassador for Young People’s Literature

“I realized what I needed to do was to humanize the poor children, humanize the children who live in what people are calling gritty neighborhoods.

The first way to humanize them is to include them in books. So I wanted to include these young people. I want to say to them, ‘This is the life you came from, but you are just as good a human being as everybody else.'”

“You cannot live this life anymore without the ability to read.” — via Myers’s speech when accepting the role as National Ambassador for Young People’s Literature

Take the time to listen to Myers speak for himself as the keynote speaker at School Library Journal’s Day of Dialog in 2012. You can watch the video here.