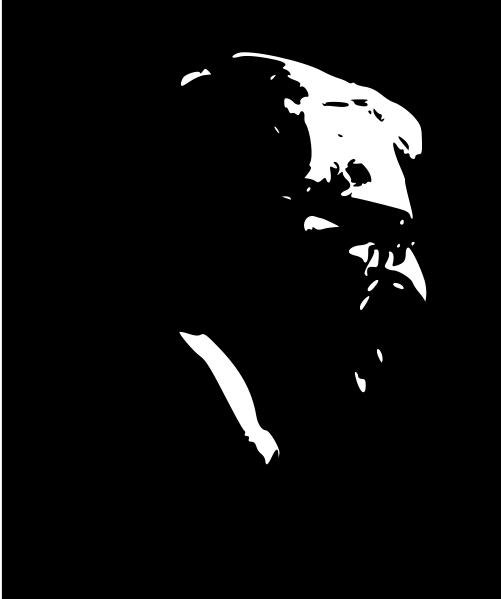 When I was in fifth grade, I entered a house, went to the nursery, and was eaten by a lion.  I was not alone; over the years, untold thousands of children and adults have met the same happy fate as they stepped into Ray Bradbury’s story “The Veldt.”

It’s easy to praise a writer by saying he created step-into-able worlds, but in Bradbury’s case we actually mean it.  His stories were accessible, heavily-plotted, and directly-told.  He wrote of rockets and robots, of dinosaurs and dystopia.  He sang the body electric, he clothed us in wonderful ice cream suits.  He could do anything on the page and make the most outlandish fantasy feel real.  He could plop us down on Venus and we’d know what the air smelled like (“green ivy”) before we reached the end of the first sentence.  He’d introduce us to an Illustrated Man, every inch of his skin from his neck to his belt covered with tattoos that quivered and came to life, and in minutes we’d be staring without shame at the man’s body which was “a riot of rockets and fountains and people…yellow meadows and blue rivers and mountains and stars and suns and planets spread in a Milky Way across his chest.”

Ray Bradbury himself was our most treasured Illustrated Man, every inch of his long career covered in stories that moved and spoke and taught and thrilled and petrified and mesmerized audiences that gathered to watch his sideshow act at the carnival.  He knew how to wrangle a story.  He cracked the whip and words obeyed him.  For readers of a certain age—especially those weaned on Halloween trees and Martian chronicles and dandelion wine in the 1960s and 70s—Bradbury was the gateway drug into adult literature.  He wrote with the kind of language any young boy with a library card could understand, but his themes were dark, political, and sometimes scathing.  He had a message for his young readers: something wicked was coming our way and we’d best be prepared.

In my case, I learned all about parricide at the hands of Ray Bradbury.  (My parents are, no doubt, shuddering as they read this, but I can assure them I learned more about how to tell a damned good story than how to commit the perfect parental murder.)  I sat in the third row in my fifth-grade class and opened my literature textbook to that day’s assigned story.  There, I was greeted by a new vocabulary word: “The Veldt.”  I had no earthly idea what a veldt was, but it sounded pleasant—like velvet.

I entered the story.

George and Lydia Hadley, parents to 10-year-old Peter and Wendy, are standing in the nursery of their Happylife Home, a fully-automated house which did everything for its tenants: tied their shoes, brushed their teeth, cut their meat at the dinner table, and any number of pesky chores.  George and Lydia are worried about the nursery, with its walls and their virtual-reality screens, able to turn into whatever Peter and Wendy could imagine.  The walls, purring and crystalline in three dimensions, seem to be malfunctioning.

As the story opens, the parents gaze around the nursery which has turned into an African veldt, with its “hot straw smell of lion grass, the cool green smell of the hidden water hole, the great rusty smell of animals, the smell of dust like a red paprika in the hot air.”  (You see?  You see how much I was learning about the precision of language from Obi-Wan Bradbury?)  A sense of menace, of unease, of paranoia musks that same air from the beginning of the story.  George and Lydia are concerned that their spoiled children have suddenly turned unappreciative and might, if given the chance, do something with the power of their imaginations to keep Mr. and Mrs. Hadley from locking the nursery door forever.  Bradbury punctuates the tension all throughout the story with little details like the lions approaching the edge of the walls, the smell of meat on their breath; distant screams (so real, so familiar) heard somewhere out there in the shimmering veldt; and the discovery of a bloody scarf and a wallet punctured with teeth-marks.  He chokes the very breath in our throats with a single sentence: “The lions were feeding.”

His words had pinioned me to my school desk.  My teacher disappeared, chatter from the other children went mute, even the air of the classroom no longer sparkled with chalk dust.  It smelled like paprika.

In the years to come, as I developed as a writer, I would read many more of his stories.  Ray Bradbury was my teacher, my wilderness scout, my ringmaster, my elevator boy in his brass-button uniform pertly inquiring, “Floor, please?”  He showed me how to build a story, how to furnish its rooms, how to pepper its air with conversation.  Christ, he even taught me that a story doesn’t need people to make it riveting.  See “There Will Come Soft Rain,” for example.  Completely void of human characters, it’s a cautionary tale of a nuclear-winter world in which machines will carry on long after we’re gone.

Bradbury was an inspiration to multiple generations of writers and readers.  He spoke, we whipped out our notebooks and pencils.  He was fond of pithy sayings like “Go to the edge of the cliff and jump off. Build your wings on the way down.”  (Which is fine, as long as you measure the distance to the bottom first.)  Though he was a visionary writer of the future, he looked askance at the future of books and was famously quoted as saying, “There is no future for e-books, because they are not books. E-books smell like burned fuel.”  (Sniffing my Kindle to verify…Yes, he’s right, by damn.)

His most celebrated and remembered novel is, of course, Fahrenheit 451.  It’s a book about the destruction of books (“It was a pleasure to burn.”).  He predicted a moral wasteland lay in store for a world that no longer valued language.  His short stories tolled alarms, warning us of the rise of mass media, a vapid culture that would eventually turn on books and eat them: “The television, that insidious beast, that Medusa which freezes a billion people to stone every night, staring fixedly, that Siren which called and sang and promised so much and gave, after all, so little.”

And yet, as news of his death on Tuesday spread like wildflame licking across pages, where did we turn?  To his books.  We pulled the battered, spine-broke Bantam paperbacks from our shelves—some of us might have resorted to the nasty, fuel-smelling e-book—then we found a quiet place and we read.  The soft whisper of turning pages was our reverential eulogy.  We powered up our imaginations, we lit the rocket fuel, we soared into the space where his words and our imagination met and married.  And for some child somewhere holding that book close to his face, the page smelled like paprika.