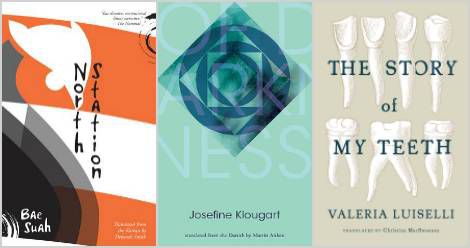 Looking to add more women in translation titles to your TBR piles? Here are three international authors who might not be on your radar but definitely should be! 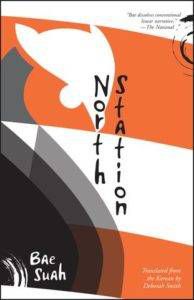 Bae Suah is one of the hottest, most experimental voices coming out of South Korea right now. She’s published numerous novels and short story collections and has won several prestigious awards. Suah is heavily influenced by her work as a translator, having translated several books from German, including works by W.G. Sebald, Franz Kafka, and Jenny Erpenbeck. Nowhere to be Found, one of her first books to appear in English, was longlisted for a PEN Translation Prize and the Best Translated Book Award.

Her most recent work, North Station, translated by Deborah Smith, is a collection of stories that embodies all that Suah is known for in her writing—subverting time and narrative, intellectually stimulating questions of art and life, and epically gorgeous writing. 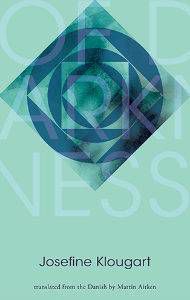 Josefine Klougart is considered one of Denmark’s most important contemporary writers and she’s often compared to Virginia Woolf and Joan Didion. Two of her three novels have been nominated for the Nordic Council Literature Prize—arguably one of the most prestigious prizes in Scandinavia. She is currently the editor of Den Blå Port, a literary journal in Denmark.

It’s an impossible task choosing between her two novels currently available in English, so I’m just not going to do it! One of Us Is Sleeping and Of Darkness, both translated by Martin Aitken, are beautiful, haunting novels about loss, blending literary styles and genres. 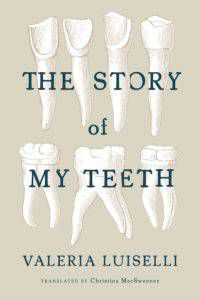 Valeria Luiselli is a highly-acclaimed Mexican novelist and essayist. Of the authors on this list, she’s probably the author you’re most familiar with—her writing is incredible and she’s received so much well-deserved buzz! She’s received numerous awards, her work has appeared in publications like The New York Times, McSweeney’s and The New Yorker, and she’s been a recipient of the National Book Foundation’s “5 under 35” award.

The Story of My Teeth, translated by Christina MacSweeney, was a finalist for the National Book Critics Circle Award and the Best Translated Book Award and won the Los Angeles Times Prize for Best Fiction. It’s an eccentric and challenging novel about storytelling, lies, and the creation of value and meaning in modern art. Tell Me How It Ends: An Essay in 40 Questions is another incredible work by Luiselli that I can’t recommend enough!