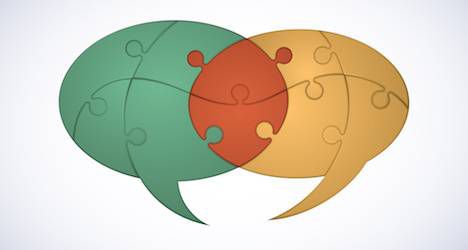 Women In Translation Month only lasts until the end of August – but there’s so much to look forward to the rest of the year (and beyond). Who better to ask about upcoming works by women in translation than the women who are translating them? We asked seven translators to tell us about the projects they are excited to be working on.

Margaret Carson translates fiction, poetry, essays and drama from the Spanish. Her translations include Sergio Chejfec’s My Two Worlds and Mercedes Roffé’s Theory of Colors. She is a former co-chair of the PEN Translation Committee.

I’m currently translating De Homo Rodans and Other Writings by one of my favorite artists, the Spanish surrealist Remedios Varo (Anglés, Spain 1908-Mexico City 1963). The book will include a variety of short pieces: a pseudo scientific essay on the discovery of a wheeled humanlike creature (the title piece), imaginary letters, a dream journal, a few short, strange tales, and comments she made in letters to her brother on some of her most famous paintings. I found the book I’m basing the translation on long ago in the legendary Gandhi bookstore in Coyoacán, Mexico City, but it wasn’t until the superb Wakefield Press opened shop a few years ago that I found an enthusiastic publisher. Should be out in 2017.

I liked Donatella Di Pietrantonio’s first novel, My Mother Is a River, so much that I set up Calisi Press last year to introduce it to the English-speaking public. Examining the difficult relationship between a middle-aged woman and her mother, and how it changes when the mother is affected by dementia, this is a deeply emotional story told without any sentimentality or mawkishness. The same affecting but unsentimental approach to relationships characterises Donatella’s second novel, Bella Mia, which explores the dynamics of a family in the aftermath of the earthquake that devastated L’Aquila in 2009. Bella Mia will be published by Calisi in November 2016.”

Susan Bernofsky translates German-language literature and directs the program on literary translation at Columbia University. She is a 2014 Guggenheim Fellow and has won multiple awards for her work, including the 2015 Independent Foreign Fiction Prize for her translation of Jenny Erpenbeck’s novel The End of Days.

Yoko Tawada’s novel Memoirs of a Polar Bear (forthcoming from New Directions this November – just in time for an early snow?) is one of my all-time favorites among the books I’ve translated. It’s a playful tale of several generations of polar bears who live in human society (speaking Russian, German, maybe some English, and in distant memory Northpolish), freelancing and working at theaters, circuses, and zoos. Not quite PG either. After reading it, you’ll be surprised to learn how much was based on actual real-life people and events. Oh, and who knew that polar bears have authored ethnic minority literature?

Valerie Miles is is a publisher, writer, translator and the co–founder of Granta en español.  Below is an excerpt from her translation of Marina Perezagua’s novel, Yoro which she is currently translating for Ecco Press.

“What you are about to read is the mark of a white-hot iron on a mule’s rump, a rill eroded into granite by the rain, the bowing of a tree caused by hardwearing winds. That’s right, this is the logical response of a sensitive nature, my story. A story that was written by me, but set in motion by the fate woven by others from above.

As you continue on, you may come across the likeness of some colleague of yours, or someone familiar to you, or even yourself. If you don’t like what you find, just go ahead and break the mirror or burn what you’ve read, but you’ll never be rid of the toxin, the rotting guts that contaminate the rivers, seas, wombs, and fields. And you’ll never be able to take from me the joy I’ve come to know.

I call myself H because I’ve always been deprived of having a voice, and a Spanish man once told me that h is the silent letter in his language. This letter will be my name, seeing as it’s a name I share with many other mute fellows who might discover their own voices herein.

You’ll find me soon, I think. I won’t resist, as this story is my resistance. Whoever comes to detain me will see the same brown river that I am gazing at now, this same African refuge that’s allowed me to transcribe my testimony these latter days. Perhaps my captor is already so close he’ll see the same hippopotamus I’m watching this very instant, in the same position, with the same bird on top, drying off in the sun as if there were no such thing as hell.”

Elisabeth Jaquette is a translator from the Arabic. Her first novel-length translation is The Queue by Basma Abdel Aziz (to be published by Melville House in 2016), which received a 2014 English PEN Translates Award.

The Queue is a novel of dystopic-realism – or perhaps surrealism? – set after a failed uprising in an unnamed Arab country. It has great political relevance to our world today, and also stands out for Basma’s depictions of a wide range of female characters. It’s my favorite project to date, largely because working with Basma was such a joy: she’s very conscious of her choices as a writer, and interested in discussing the linguistic and cultural issues that translation brings up.

Ruth Clarke is a translator working from Spanish, French, and Italian. Her translation of the Italian writer Cristina Caboni’s first novel, The Secret Ways of Perfume, was published in both the UK and the United States. She is currently at work translating Caboni’s The Keeper of Bees and Honey.

Cristina Caboni’s bestselling debut novel, The Secret Ways of Perfume, has been translated into 23 languages. Her work draws on her passion for the outdoors. When Caboni isn’t writing or tending roses, you’ll find her with her bees – the subject matter for her second book, The Keeper of Bees and Honey. Both stories are driven by strong female characters. “Women are always a great source of inspiration for me”, Caboni says, “they never give up, and despite their difficulties, they always manage to face life with a smile.”

Charlotte Whittle translates from Spanish.  She is a co-translator of Eduardo González Viaña’s novel, César Vallejo’s Season in Hell. Below, she tells us about her current project.

Norah Lange (1905-1972) was an Argentine novelist, poet, and memoirist who participated in some of the key moments of the Argentine avant-garde. Her novel Personas en la sala (1950) is narrated by a young voyeuse obsessed with three women who live in the house opposite her own. As she describes their daily rituals, her meandering sentences betray her imaginative excesses, and the novel becomes a series of episodic, almost hallucinatory imaginings that illuminate the stifling nature of the domestic sphere.  Lange’s work has long been neglected, and I hope this translation will bring her some of the attention she deserves.