The third annual Women in Translation Month (#WiTMonth) got the most traction yet, with a wide range of suggested-reading lists, publisher discounts, spreadsheets, book displays, giveaways, and discussions of why fewer women’s books are published in English translation. 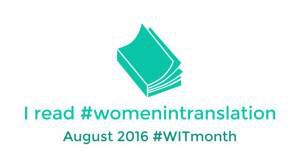 The month is about coming to grips with the 70-30 gap between men’s and women’s books published in English translation. But that isn’t the only issue. As Radzinski has noted, it’s a problem that goes up and down the pipeline:

This, despite the fact that surveys show the majority of English-language book purchases are made by women.

But, as Radzinski says, it’s not just an English-language problem. German writer-translator-publisher Zoë Beck noted, in an interview translated by Rachel Hildebrandt, that the German-books landscape reflects many of the same issues, even though, according to estimates, about 70% of all German book purchases are made by women. Moreover, significantly more women than men are employed in the German publishing industry. “However,” Beck added, “things look quite different when you examine the positions of leadership.”

#WiTMonth has provided a space and time to talk about these issues. But how to keep struggling forward?

Publisher-translator Rachel Hildebrandt further reminds us that the “greatest” authors don’t simply “bob up to the top,” and that we have to “acknowledge the system and the fact that the system continues to be relatively rigged.”

Beck said that, as a woman writer in Germany, “I have been repeatedly told…that it would be better if I stuck to topics linked to family and women. Even in the crime fiction world. Couldn’t I please not write so much about politics in my books, and concentrate more on feelings and adjectives, landscape descriptions? (We’re still talking about the crime genre here.)”

Also, she said, “I have been told by numerous male readers that they like to read my books because I ‘write like a man.'”

These semi-conscious biases can only be addressed with extra attention. 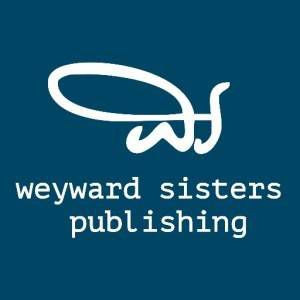 Hildebrandt just started a publishing house this year, Weyard Sisters, through which she aims to bring more women’s genre writing into English.

After feeling a frustration that some of the writing she loved wasn’t getting a full hearing from English-language publishers — and knowing the samples she submitted were competing for precious few slots — Hildebrandt decided to start her own house.

The situation, she said, “has made me realize that maybe there is some other way to advocate for ‘my’ authors. Weyward Sisters is an attempt from my end to do just that. Not only do more women need to be in translation, but there need to be more platforms for very fine ‘genre’ fiction in translation.”

3) More genre fiction! And a wider range of narratives.

Many of the international literature in translation presses focus almost exclusively on literary fiction, which is understandable, but at the same time, as someone who sees exciting inroads being made by female authors in the crime/noir genre, this reality has left me wondering where to go with works that excite me and that I believe would work well in English.

For another example, Hildebrandt cited an article that questioned the sort of books translated from the Middle East, particularly the well-worn (and generally tedious) “saving Muslim women” narratives.

4) Learn from what other countries are doing 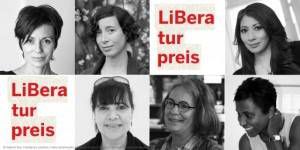 Beck said that, in Germany as in many other countries, the vast majority of translations come from English. One initiative to broaden what’s available: the “Litprom,” which seeks to advance literature from Asia, Africa, Latin America, and the Middle East. They further award a prize to female authors: the LiBeratur Prize.

Hildebrandt added that, in Germany, “there is a very interesting group of publishers, authors, and critics called Herland. This relatively new group is focused on feminist realism in crime/noir fiction.”

Herland’s goal is to encourage the feminist perspective in crime fiction, challenging the normative masculine narrative perspective and seeking to change the assumption that men – not women – are the “best” crime writers. This perspective also entails a dedication to not just crafting a good story, but to tapping into opportunities to criticize cultural and social stereotypes and assumptions through plot and character development. The books these women are writing are meant to awaken in readers an awareness of a diversity of perspectives and to ruffle some proverbial feathers.

As Radzinski noted in her “pipeline” post, the problem is not just one of publishing women’s writing, but of getting these into the public eye and readers’ hands. In the words of translator Katy Derbyshire:

At a guess, I’d say there are more yoga books available in British bookshops than novels written by non-Anglophone women. Which is a pretty good reason to support the ones that do make it through the eye of the patriarchal publishing needle.

Lists may sometimes over-clutter the landscape, but they can also be excellent gateways to the new.

On Book Riot: Speculative Fiction for Women in Translation Month

From PEN America: A list chosen by publishers, curated by translator Susan Bernofsky

On Words Without Borders: Where Are the Women in Translation? Here Are 31 to Read Now.

On ArabLit: ‘Women in Translation’ Month, and 5 New or Forthcoming Books by Arab Women

For crime fans, Hildebrandt’s list of publishers that bring out women’s crime fiction in translation includes: her own Weyward Sisters, as well as Amazon Crossing, Soho Crime, Bitter Lemon, Pushkin, Akashic, and Unnamed.

There is still a long way to go until anyone can talk about true gender equality. Until that day comes, any preference or elevation of work by women is not discrimination, but sheer necessity.