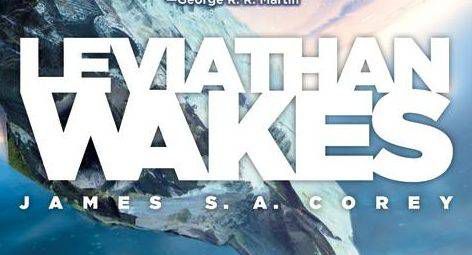 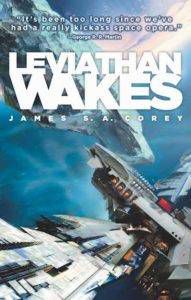 Thank the Maker for The Expanse.

I made my first forays into “adult” genre fiction at the tender age of eleven (late ’80s and early ’90s). I spent a lot of time trying to figure out why the women of the future allowed themselves to be relegated, for the most part, to one of a few stock roles: mother/caregiver, stoic soldier, or sexy slave . It made no sense: here were books about our future, when society was supposed to be better and freer for everyone. If the Rebellion could triumph under Mon Moth and Leia Organa, how was it women who shared their genre could be treated as so much chaff? How had humanity developed the ability to fly among the stars but left half its number second-class citizens? Robots and anthropomorphic plants had more options.

There were exceptions, of course. There always are but so much of it irked. It rankled even if I didn’t entirely understand why back in the days of yore.

I turned to fantasy and found some relief. There was, at least, the occasional women of independent thought, a rogue princess or lady swashbuckler, a sassy pirate or powerful sorceress. I stuck my head back into sci-fi every so often, finding the occasional literary Uhura here and Zoë there, but for the most part, it was status quo and I wanted status magis.

It wasn’t until last year I went for the deep dive once again, at the urging of a friend who had recently finished James S.A. Corey’s Leviathan Wakes.

And in that book and others in The Expanse series were the women for whom I had been searching, lo, those many years.

If the three of them existed, there had to be more like them.

I sought. I found: 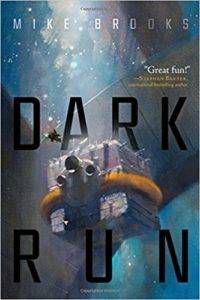 If Firefly and The Expanse had a love-child, it would read something like Brooks’ Keiko novels. Honor among space thieves? Sure… maybe… to an extent. Until there isn’t because money or revenge or secret government conspiracies. I’d have read these books purely because the captain’s name is Ichabod Drift, which is the best space pirate name in the history of space pirates, but it’s Jenna who really stands out among the Keiko‘s crew. Quieter and more mysterious than her teammates, she lacks the physical strength of Drift’s heavies nor does he have the military background. Like Naomi Nagata, however, she does have brains and heart. A genius hacker, Jenna is probably the only character in the series who gets her friends out of trouble more often than she gets them into it. She’s the most important member of the team not because of an ability to crack heads but due to her intelligence and her creativity. 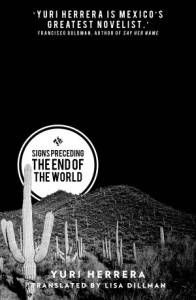 Makina: Signs Preceding the End of the World by Yuri Herrera

Makina risks her life, her safety, and her sanity to make an illegal border crossing from Mexico to the Unites States. Her mission? To find her missing brother, deliver a letter from their mother, and, if possible, bring him home. She is willing to call in every favor, pay any price, for the safety of someone she loves even if it means selling her dignity to crime lords and her soul to untrustworthy strangers. Herrera’s slim volume says more about strength and persistence and love in its scant 128 pages than most books say in 500. 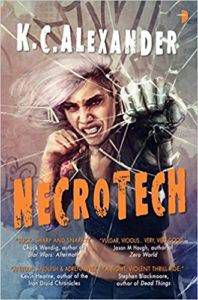 Riko is my favorite kind of hero: a morally ambiguous rogue who would, if she heard you call her a hero, probably shoot you in the face. Born middle class and rejected by her mother due to an accident of DNA, Riko is none-to-gently taken in by members of the city’s underbelly who train her as a mercenary. She has no qualms about cracking heads and breaking spines but she also has her team, her chosen family, for which she would give her life even if she refuses to admit it to them. Or to herself. Honest, unashamed, ass-kicking, and baseline furious, Riko is the demented Valkyrie we see in Bobbie Draper when something, or someone, she loves is threatened or needs to be avenged. Far from the one dimensional “bad-ass chick” trope so prevalent in science-fi a decade ago, Riko has weakness, triggers, a problematic past, and unexpected depths, all of which round her out and make her a strong, complete character worthy of a reader’s time. 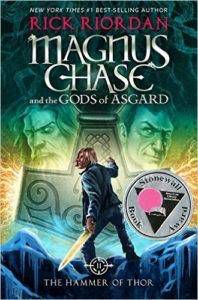 Samirah al-Abbas is actually a Valkyrie, though she is not what one would expect from one of the Norse battle maidens. A daughter of Loki raised by her grandparents, Samirah is a practicing Muslim who wears her hijab when on missions to collect the honored dead and into battle. And it’s a magical hijab, which is just flat out cool. Samirah is smart, studious, and traditional in many ways, dedicated to her family and to her fianceé (who she does, in fact, love very much and who loves and supports her… career in turn. Once he finds out about it). She is also, by virtue of her parentage, a soldier in the war to protect Midgard from Ragnarok. For most people, Samirah’s situation would be irreconcilable but Samirah manages to devote herself wholly to a given moment and who she must be in it. And, like so many rebel girls before her, she can fly pretty much anything. 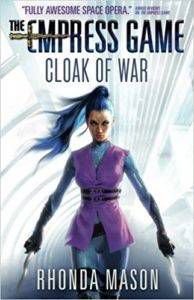 Kayla is a trained warrior thrust down into the gladiator pits of the Sakien Empire in the hopes of keeping her brother, heir to the throne of Ordoch, hidden from that same empire. Pulled from the relative safety of her alter ego, Shadow Panthe, Kayla is offered the opportunity to save her family from slaughter and to end the Sakien occupation of her home world; all she need do is triumph in the Empress Game, a spectacle of ritualized combat, in place of the prince’s true love. Who would likely get her butt kicked. Upon Kayla’s triumph, she and the princess plan to take up their own identities once more and the new Empress will call off the Sakien occupation of Ordoch. Hypothetically. Political maneuverings and intrigue abound, ranging from rumors to assassination attempts to the release of a nanoplague. And then there’s the little issue of the future empress ending up in a coma…

Leia worked on behalf of the Rebellion from the age of sixteen but even her proven record of service can’t trump the fact she’s Darth Vader’s daughter in the eyes of her New Republic colleagues. Struggling with an unwieldy, recalcitrant senate and a looming threat from beyond the Outer Rim, Leia refuses to relinquish the dreams of democracy and freedom for the galaxy far, far away. In Bloodline, we see Leia transform from Princess to General, from senator to founder of the Resistance and Poe Dameron’s remarkable Black Squadron despite the personal heartbreak of losing her husband to his smuggler’s life and her son to the Dark Side. We see a woman who, like Chrisjen Avasarala, will never surrender. 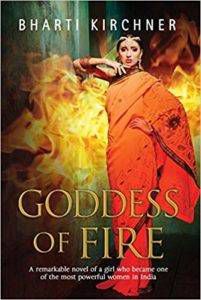 Married against her will, Moorti finds herself a widow before her twentieth birthday. Her husband’s family blames her for the entirely natural death and demands satisfaction in the form of sati, a practice by which widows are burned alive with the bodies of their husbands, most often by force. Saved from death by an Englishman, Moorti goes on to establish herself as a brilliant business woman and financier, rising to run the local branch of the British East India Company – in 17th century India. Based on an historical “nasty” woman, Moorti demands to be equal in an unequal world, refusing to be cowed by even the most desperate of circumstances. She and Chrisjen Avasarala would make an excellent team. Or they’d murder one another. It could go either way.