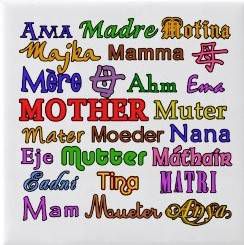 Today is the day to appreciate your mother, or mom, or mama, or ma, or mami, or mum, or mutter, or madre, wherever she may be. (And to those who insist on Esperanto, “Felicxa Patrino Tago!”)

It is also time, in this space, to take a moment to remember how much our language—that is, our mother tongue—owes to dear “mother.” There’s Mother Nature, Mother Goose, motherboard, mother lode, mother-of-pearl, and, thanks to Saddam Hussein’s popularization of an Arabic expression, “the mother of all [relevant noun!]”

But there are also a number of wonderful words out there that owe their existence to “mother,” though you may never know it to look at them. (Not that “mother” is looking for any credit or gratitude. Sigh.) Here are just a few: 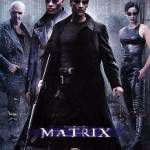 Matrix
Originally used in late-14th-century English to mean “uterus” or “womb” (as well as the female animal kept for breeding), it developed from the French matrice, from the Latin mater, “mother.” Within a couple of centuries, it came to mean a “place or medium where something is developed,” and took on its mathematical meaning of “array of possible combination of truth-values” in the early 20th century. Only in 1999 did it become, uh, the mother of all science-fiction/action movies. Whoa. 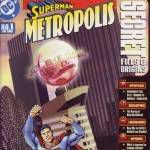 Book Deals Newsletter
Sign up for our Book Deals newsletter and get up to 80% off books you actually want to read.
Thank you for signing up! Keep an eye on your inbox.
By signing up you agree to our terms of use
The word first appeared in the early 15th Century in church-speak: a metropolitan bishop was one that had oversight over other bishops. It derives from the Latin metropolitanus, in turn from the Greek metropolis, meaning “mother city.” In those ancient days, they used it to denote the parent state of a colony; today, we use metropolis—or, rather, metropolitan area—to include all the suburbs over which the nearest big city supposedly has dominion. 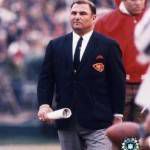 Matriculating
Surprisingly (to me), its current use as “to admit a student to a college by enrolling his name on the register” dates back to the 1570s, and ultimately back to the Latin matriculare, “to register, from matricula, “public register,” which is itself a diminutive of—what else?—matrix. (Whoa.) “Matriculating,” of course, can be properly used in a sentence such as “Come autumn, young Sylvester shall be matriculating at university.” I much prefer its improper use by Kansas City Chiefs Head Coach Hank Stram in Super Bowl IV: “Just keep matriculatin’ the ball down the field, boys!”

Of course, in honor of the day, this is a family-friendly survey. Anyone who wants to delve into the many, coarser usages of “mother” (as well as some great acronyms with “M”) may go to Urban Dictionary, search “mother,” “mama,” and variations, and find about a week’s worth of satisfying reading.

Be sure to share your favorites with your mother.