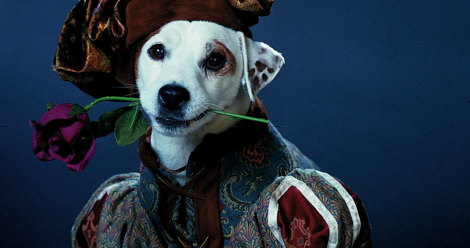 Recently, I’ve had a hard time getting through the classics that I’m supposed to dive into now that I’m all grown up. I even have a hard time tackling books of great length. It’s not that I’m not reading in my life– it would be odd for me not to read consistently. But, it is really easy to pass it off as though I AM READING ALL OF IT: The complex line and the deep conflict of the human experience. All of it. Even the lengthy.

The truth is that I’m just not going to read Ulysses. It probably won’t happen. I try every other summer, but another text always distracts me.

In some ways, it feels like there’s a requirement for me to be on top of the world of books from a historical perspective and in modern sales. But, you just can’t cover it all. No reader can. 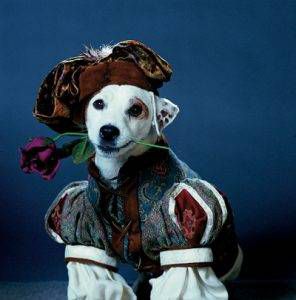 Flashback to PBS watching in the 90’s—

Oddly enough, Wishbone made me feel pretty crappy about my reading life then. It felt wrong to experience stories around Hercules and Sherlock Holmes when they featured slightly watered down plots and the characterization of a cute dog (Though, apparently, this didn’t stop me and I watched every episode. It was so good!). There is a certain rhetoric behind “the literary life” that incorporates shame into the experience. If you aren’t reading, you aren’t worthwhile. If you aren’t reading books often bizarrely-defined as complex and deep, then you aren’t worthwhile. If you are replacing Sherlock Holmes with a cute Jack Russell, then you aren’t worthy. Apparently, to my eight-year-old self, this shame existed even while watching Public Broadcast Service.

This is the shame that would follow me around in my reading life through high school and college. I don’t believe most people comprehend the awareness of eight-year-olds, but during the era of Wishbone, I had already been taught to ignore one type of entertainment, even one type of book, for another, because one was supposed to be better than the other. Hierarchy established.

Pause here for a second. The intention behind Wishbone was not to make the viewer feel crappy. There’s obvious hope there that if a child can be introduced to books, history, myths and folklore early, then she’ll continue to explore them in the future. Maybe it did work. Maybe that’s why I’m here today, writing about books.

To be clear, it’s not that I’m not reading “literary” books. Instead, it’s that I’m quite tired of the assumption that I should only read literary and that the term “literary” has a concrete definition.

But, in general, looking back on my consumption of Wishbone and the inherent shame attached, the concept of “literary” already felt poisonous when I was very young. I have a hard time today still, even though I’m actually reading great writing (though much more clipped in style and brief in pages than the classics). Today, the efficiency of approachable writing has an obvious magnitude bfor all readers. I’m also consuming works by people of varying backgrounds and races that the traditional literary trope (and Wishbone, for that matter) never included.

Now, I have moved beyond the classics in interesting and unique ways that have made me a more well-rounded reader. So, while I can still apologize to the idealized book-plot lines of Wishbone (I’m sorry, Joan of Arc, but I’ve only seen film and television adaptations of your story), I can also say that maybe I’ve evolved from shame to something else, something more worldly than the traditional, with Wishbone tagging along in the back of my mind. Right now I’m on Roxane Gay’s Hunger and I’m starting Viet Thanh Nguyen’s The Sympathizer. Wishbone did not see those coming.