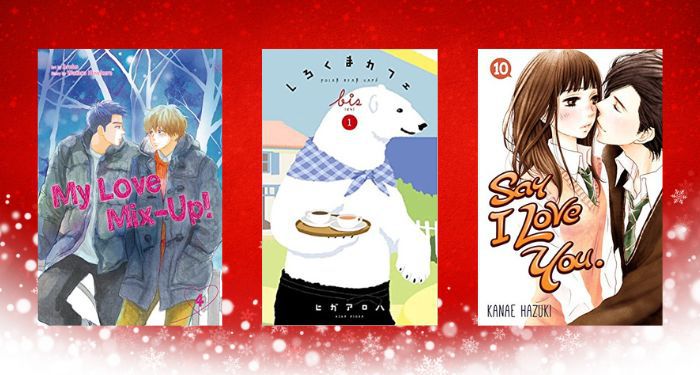 While Christmas is not, in actuality, a holiday I specifically celebrate, it is a day of the year that I really enjoy. Even where I live, in the very un-wintery Los Angeles, Christmas does have a unique air about it. The streets empty and all the transplants depart town, leaving L.A. empty and still for this one day out of the year. And this stillness, to me, is the perfect atmosphere for curling up with a stack of books and some tea, and having a cozy day all to myself. This year, let’s make Christmas — or any of the still, lazy days this winter — an opportunity to explore some manga as part of that stack you curl up with. And what better way than to include some cozy, Christmas manga choices?

Before we get into those choices though, a little disclaimer. Due to the nature of manga, where many series continue for many volumes and therefore cover a long period of time, titles focused solely on Christmas are pretty few and far between. And then when we look for the ones that have been translated and are available in English? Unfortunately, that really thins out our options even more. Frankly, we’ve still got a bit of hoping and waiting to do before getting more series that are overtly Christmas-related — such as Finlandia (about a young girl who enrolls in a prestigious school in Finland for those who aspire to become Santas and elves) and Black Night Parade (about a young man who somehow finds himself entangled in the enterprise of the Black Santa, a mysterious and supernatural being) — onto our shelves over here in the States.

All that being said, this list is a bit of an amalgamation of different things, taking into account what will actually be accessible for readers and in hopes that readers might be able to explore different approaches to Christmas manga and find one that’s best for them. I do have one title to start off that is fully Christmas-themed, followed by a few recommendations for specific volumes of series that include storylines with the holiday. And to wrap up, we’ve also got a couple upcoming titles that are more generally wintery than focused on Christmas itself. What all have in common, though, is that they’re all great, comfy reads to hunker down with this holiday season!

Winter and Christmas Manga for the Holidays 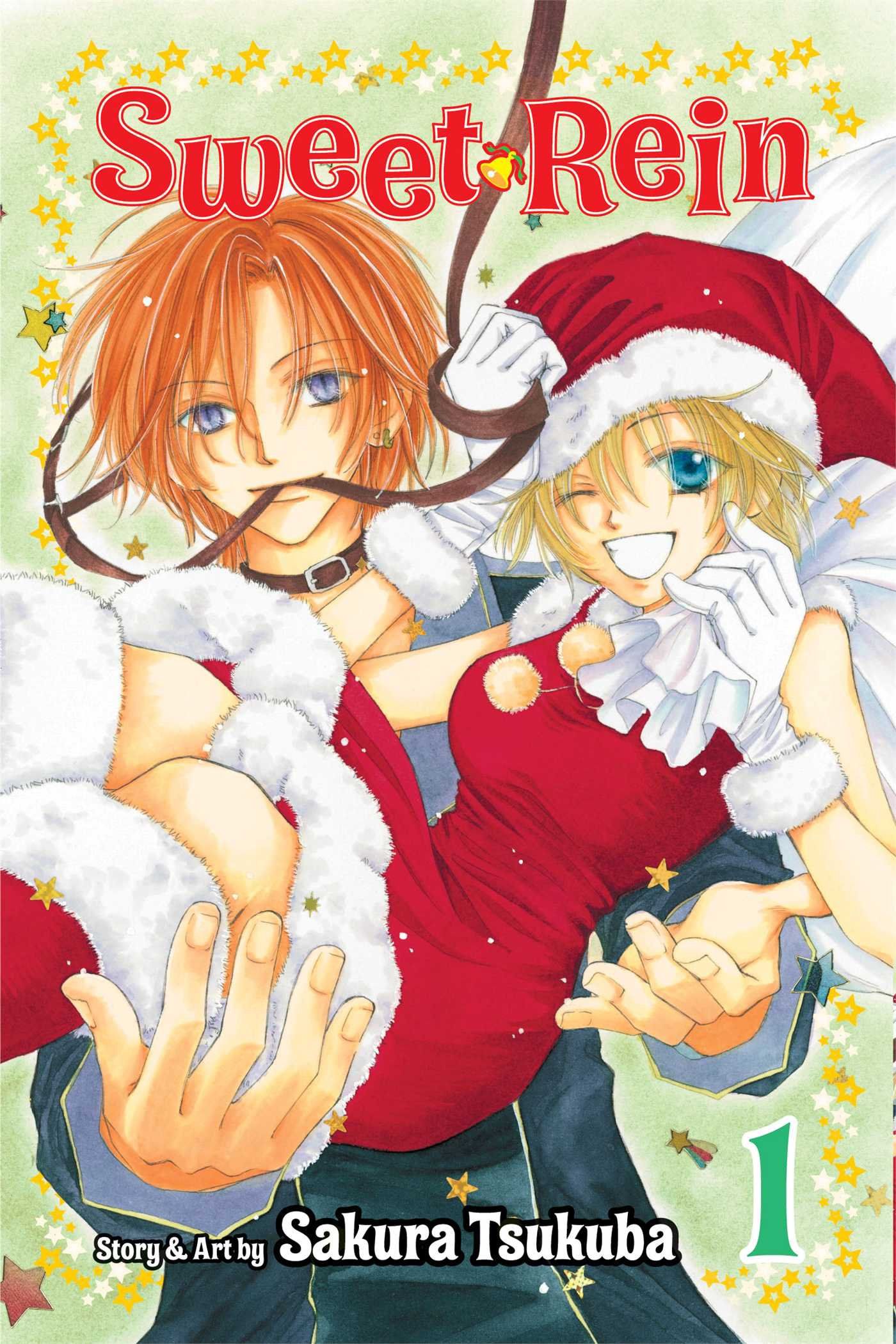 In this fantasy romance, select humans are tasked with delivering gifts to children for Christmas as Santas. The way these ordinary people become Santas is by coming into contact with their destined Reindeer — people whose purpose is to assist their Santas in their annual present deliveries — who they become physically connected to by a magical rein once they meet. Kurumi is one such human who finds out that she is a Santa when she bumps into Kaito, a young man who turns out to be her Reindeer, while on a walk. 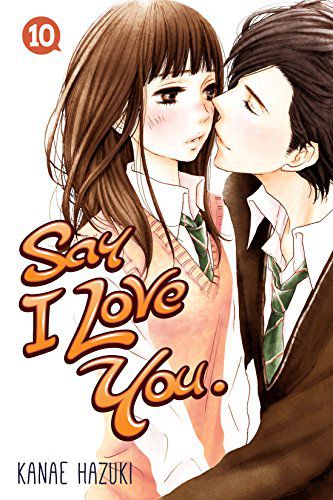 Say I Love You by Kanae Hazuki

After a toxic experience with her elementary school classmates, Mei has sworn off the idea of friends. Now in high school, the quiet and reserved Mei continues to keep to herself. Popular boy Yamato finds himself drawn to Mei after a run-in at school, and the two slowly build a friendship and more. The entire 10th volume of this manga is dedicated to Mei and Yamato’s second Christmas together and a step forward in their relationship. 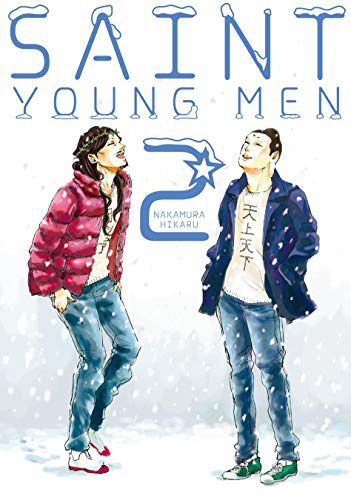 Jesus and Buddha take a vacation to Earth and live together as roommates in a Tokyo apartment in this quirky slice-of-life comedy. The two explore Japan and observe modern human life, endeavoring to understand contemporary Japanese culture and society. In Volume 2, the two celebrate both Christmas and New Year’s, learning about the traditions and rituals of the Japanese versions of the holidays. 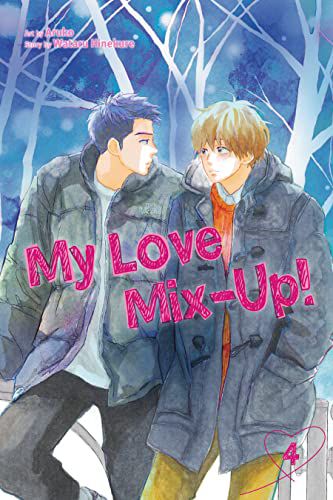 My Love Mix-Up! by Wataru Hinekure and Aruko

When will I ever stop bringing up this sweet, pure BL manga about a misunderstanding that leads to real feelings? Not anytime soon, sorry (not actually) to say. Volume 4 of My Love Mix-Up! gives us a peek into how Aoki and Ida’s relationship continues to develop, progress, and hit some bumps over Christmas and the New Year. 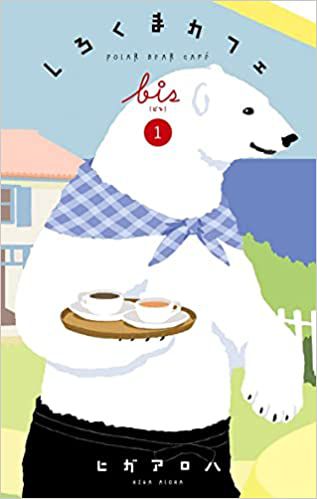 Polar Bear runs a laid-back café where both animal and human customers visit. This manga — coming out in English for the first time in January — is a slice-of-life story of the goings-on at the café, not just in the winter, but through all seasons. We get peeks into the lives of the café’s regulars, such as a lackadaisical panda, a cheeky penguin, a lovesick zookeeper, and others. 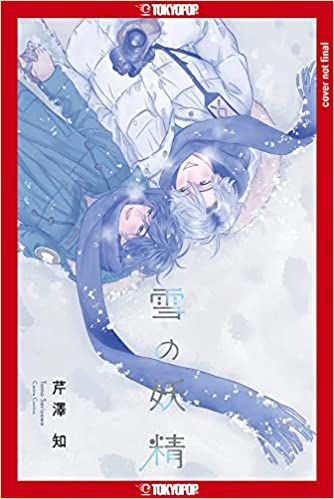 Narumi is a wildlife photographer from Tokyo who travels to wintertime Hokkaido for a project. When he ends up stranded in the snow, the young local Haruki chances upon him and allows Narumi to stay with him for the winter. Though the two are very different, the time the two men spend together in close quarters — and doing photography together — leads to them growing closer in other ways as well.

In Japan, Christmas is traditionally celebrated as a holiday for couples as opposed to a family holiday as it is more commonly observed in the Western world. As such, many romance manga, especially the ones that cover a wide timespan, will likely have some sort of Christmas storyline in them at some point (much like Say I Love You and My Love Mix-Up!, mentioned above). So definitely check out these romance manga lists for more possible options!

If you’re not necessarily looking for Christmas titles in particular, we’ve also got more options for winter-themed manga to give you that general wintery vibe.

And of course, be sure to peruse the best manga in general, plus the best apps to use to read them, if you’re looking to devote more reading to manga into the New Year and beyond!