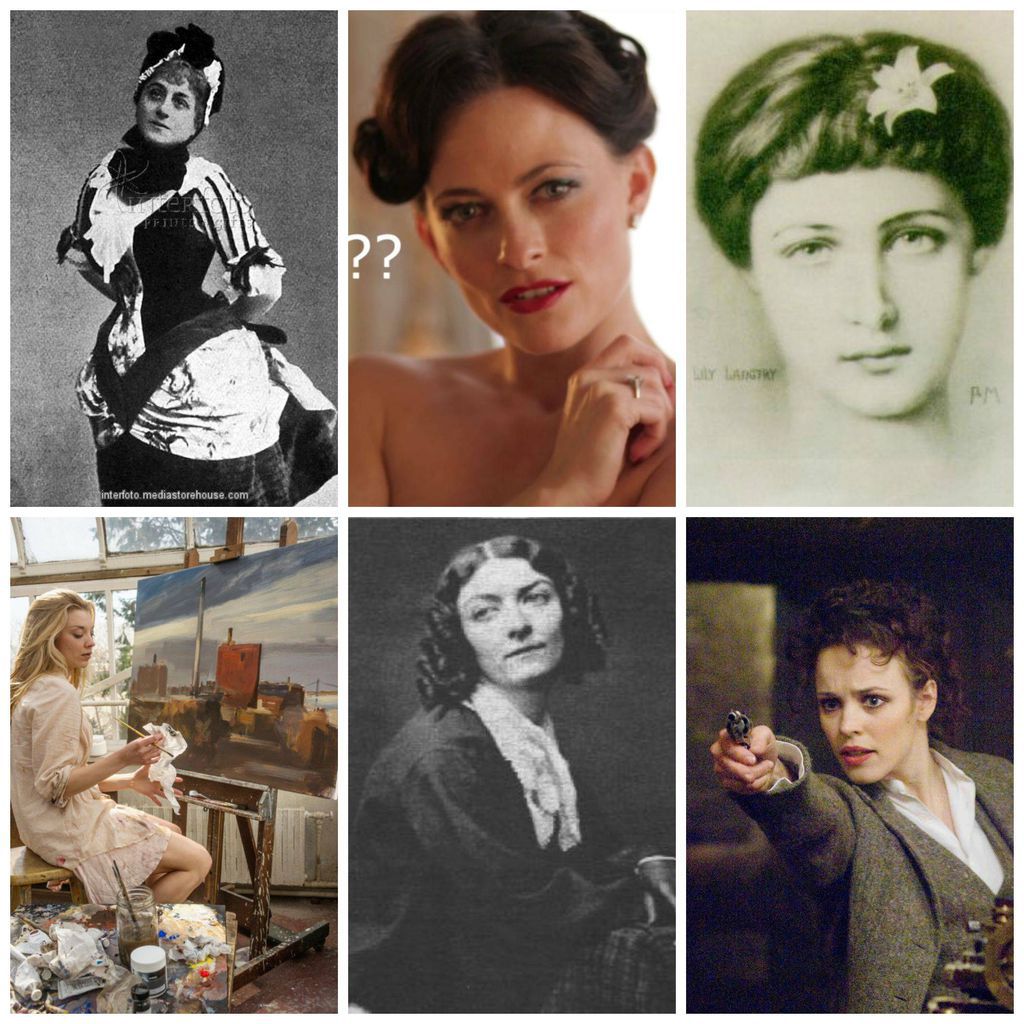 Even if you’ve never read any of the Sherlock Holmes stories, you probably know who Irene Adler is: “the woman,” one of only four people to ever best the famous detective at his own game. Adler appeared in just one Holmes story–A Scandal In Bohemia–and it’s a short story at that. Yet she looms hugely in the imaginations of Sherlock fans, appearing in, or at the very least referred to, in almost every adaptation since.

In the original story, Holmes is hired by the future King of Bohemia to collect a series of letters from opera star and “adventuress,” Irene Adler. His Royal Archdukeness was once engaged to Adler, until he came to his senses and decided to marry a far more suitable princess. Now he’s worried Adler will use his love letters to blackmail him.

With such a setup, and knowing Adler tricks Holmes, one might go into A Scandal In Bohemia assuming that Adler will either turn out to be a femme fatale or a victim, yet neither turns out to be the case. By the end, all the male characters, including Mr. Bohemia, admire Adler for her brains, not her boobage. The King of Bohemia declares of Adler admiringly, “What a woman!” To which Holmes responds (and I’m summarizing here), “Yeah, and you never deserved her anyway. So okai bai nao.”

Most modern incarnations of the Holmes stories, however, choose to go the femme fatale track when it comes to Adler’s character (for a more detailed look on exactly how and why this is problematic, check out Lady Business and io9). The filmmakers have taken Holmes’ “the woman,” and turned her The Woman, a personification of everything feminine, scary, and dangerous–an Eve luring Adam to his downfall.

But what if Adler wasn’t the woman, but a woman–an actual person who lived in Doyle’s time? The theory is not so far-fetched: Conan Doyle was infamous for rooting his fiction very solidly in the real world, perhaps one of the reasons why the line between reality and fantasy in the long history of Sherlock Holmes is so astonishingly fluid.

According to Russell Miller in his biography of Conan Doyle, The Adventures of Arthur Conan Doyle, as soon as A Scandal In Bohemia was published in 1891 it kicked off rampant speculation as to the “true” identity of Irene Adler. There were multiple candidates, but the three most likely remain: 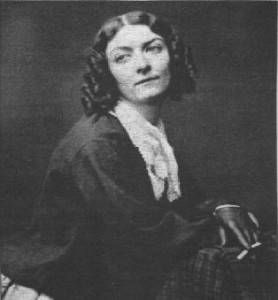 Lola Montez
Famous for her “Spanish dancing,” Montez was an actress who became the mistress of King Ludwig I of Bavaria. After he titled her the Countess of Landsfeld, she used her newfound political power and influence to institute liberal reforms in the country. Unfortunately, King Ludwig was dethroned in the Revolutions of 1848, and Montez was forced to flee, traveling the European continent (including London), the US, and Australia.

While Montez was smart and clever and unstoppable (and I do have to give BBC’s Sherlock props for styling Lara Pulver to look remarkably like her), the only real similarity she has to Irene Adler is that she slept with a king who had a German name. She also predates A Scandal in Bohemia by more than a generation, dying 30 years before the story was published. 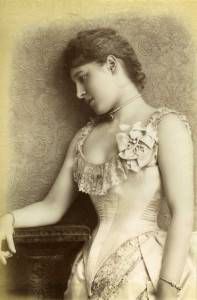 Lily Langtry
Known for her beauty and sharp wit, Langtry served as the muse to countless writers and artists, was a successful actress, and operated her own stage production company. She was also the mistress of a whole slew of rich dudes and noblemen, not the least of whom were Prince Louis of Battenberg, the Earl of Shrewsbury, and Prince “Bertie,” the future Edward VII.

Langtry shares some intriguing points in common with Adler. For one, she was from Jersey, while Adler was a native of NEW Jersey. Langtry was a well-known public figure in London in the 1880s, endorsing face creams and cosmetics. Her affair with the Prince of Wales was an open secret, and she and her husband lived in Belgravia (which really has nothing to do with the canon, but is once again a nice nod from Sherlock‘s “A Scandal in Belgravia”).

As good as Langtry looks on paper, however, I personally don’t like her for the inspiration of Adler. She was too well-known, and while she eventually started acting, at the time of A Scandal in Bohemia her “job,” so to speak, was just to be beautiful. A far cry from Adler, who is firmly associated with her career as an opera star.
There is, however, one other, lesser-known candidate who might have set fire to Conan Doyle’s imagination, and is my personal favorite for the inspiration of Irene Adler: 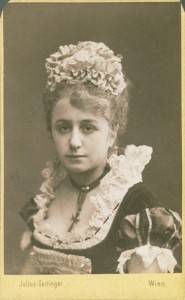 Image via National Library of Austria.

Ludmilla Stubel
A dancer in the Vienna Court Opera, Stubel famously eloped with Archduke Johann Salvator of Austria. Among the Archduke’s numerous titles was Prince of Bohemia.

Although not much is known of Ludmilla’s personality, her and Johann’s famous romance reads like a fairy tale come to life. The youngest of three daughters, Ludmilla was having a picnic with her family when a stranger came across them. Introducing himself as Johann Orth, a student from Gmunden, he joined the family picnic and, by the end, had fallen madly in love with Ludmilla.

The two started up a long correspondence and Ludmilla believe she’d found The One, until a relative from Gmunden told her there was no Johann Orth living there. Hmmmmm. Then, at a review of the Austrian Imperial troops, she spotted Johann riding in formation and put two and two together. After several inquiries, she realized she’d been having an affair not with a poor student but a grand duke and heir to the throne. A this point Ludmilla broke it off and left Vienna for London, fleeing a broken heart or royal threats, or both.

Aside from the letters, Ludmilla’s career in opera, Johann’s title, and the elopement, there are other similarities between this couple and the characters in A Scandal In Bohemia. Johann’s adopted name of Orth is similar to the King of Bohemia’s last name, von Ormstein. This couple is also more contemporary to the publication of A Scandal In Bohemia than the others: Johann renounced all his titles and his claim to throne to elope with Ludmilla in 1889. They married in London, where Johann purchased a yacht and he and his wife (plus crew) set sail for South America.

Unfortunately, in 1890 the ship was lost while rounding Cape Horn. Johann and Ludmilla were never heard from again–a mystery worthy of Holmes himself, and one that would have been fresh in the minds of London readers in 1891.

While we’ll probably never know for certain who–or if–Irene Adler was based on a real woman, the important point is that she could have been. While we’d never imagine coming across any of the television Adlers in real life, it’s quite easy to imagine this character, a mixture a beauty, smarts, and integrity, could have existed. If “the woman” was always a woman, maybe it’s best that we start thinking of her as one.

Editor’s note: the spelling of Lily Langtry’s name was corrected