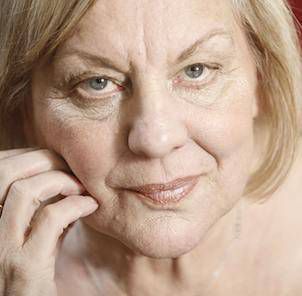 I have a problem. I am an intellectual, but at the same time I am not very clever.
– Adrian Mole

In case you haven’t yet heard the awful news, Sue Townsend, creator of the beloved Adrian Mole series, passed away yesterday evening following a stroke. She was 68 years old. Sue Townsend represented so much to so many people. For writers, she was an inspiring figure and a willing voice of encouragement. For women in comedy, she was a role model as a satirist and as a success. For spotty teenagers, she was the woman who gave us Adrian Mole: someone we were less lame than. And for many readers, she was the woman who fired the Queen and made her live in a council flat in The Queen and I. By all accounts she was warm, funny, well-liked, self-deprecating. A woman who used her skill with the pen to pull herself out of impoverished single motherhood and into literary stardom a generation before J.K. Rowling did the same. And always with a keen sense of satire, and an irony that was always rooted in desiring a better, fairer world.

For me, as the child of English immigrants growing up in the 1980s and 1990s, Sue Townsend was a key to the other half of myself; I always thought that Adrian Mole’s world was like my alternate reality (I, hopefully, was more Pandora Braithwaite than Adrian Mole, but who’s kidding who — I did grow up to be a book blogger and not, like, Prime Minister). Through the pages of the Adrian Mole stories, I got access to the secret language of my English relatives. I never had to ask what a council flat was or what one does with Lucozade or how to smoke a Woodbine (or that a Woodbine was a cigarette): Sue Townsend had brought me up to speed. I could step off the plane at Heathrow every time with confidence. I had been keeping up. I had Adrian in my back pocket. Often literally. When you grow up in an ex-pat family, your relationship with the motherland is a difficult one. You’re a citizen, but you weren’t born there. So much that is an essential part of your parents has nothing to do with you. They want you to know things and to have experiences that aren’t in your repertoire. And if you’re lucky, as I was, you are able to build an identity that knits together the part of yourself that is your home and the part of yourself that was your parents’ home. Literature can be a big part of the process of knitting together your halves. When I was a child, I had Enid Blyton; as a teenager, Aidan Chambers. But my difficult in-between years belonged to Adrian Mole. If you have memories of reading Sue Townsend, I do hope you’ll share them in the comments. And this weekend, I think it’s only fitting to start on rereading the Adrian Mole books — you’re welcome to join in the conversation over on my Tumblr.

I shall leave you with the greatest poem the teenage heart has ever wrought:

Pandora
I adore ya
I implore ye
Don’t ignore me