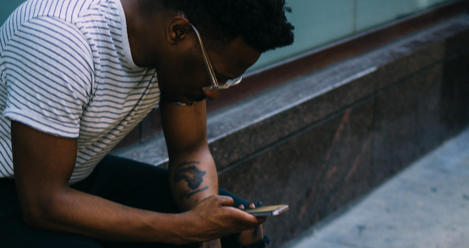 I’ve noticed a trend that I’m not sure I like. Many friends are spending more time on Facebook and less elsewhere on the internet. If they jump out of Facebook it’s because someone shared a promising link.

Bookworms have discussed books online since computers were networked in the 1970s. It began with email, mailing lists, and forums. Usenet News and Bulletin Board Services (BBSes) always had groups devoted to book talk. Book clubs formed on CompuServe, Genie, The Well, Prodigy, AOL and other online services. After Mosaic, web browsers made virtual book clubs easier, more fun, and better looking, replacing those older technologies.

For sixteen years I’ve been book clubbing at Yahoo! Groups. Now those groups are dying. Once active book forums at websites are closing. Popular book discussion mailing lists have become inactive. Readers who want to discuss books online have gone to Goodreads or Facebook.

Smartphones may account for much of Facebook’s activity. Facebook just passed 2 billion users. I knew Twitter, Facebook, and other social media services worked well from smartphones, but it never occurred to me that online bookworms were moving to those services in droves.

I expected Goodreads to become the ultimate online book club, but I might be wrong. My blog gets most of its traffic now from Facebook. It used to come from other blogs, websites, Twitter, and sometimes Flipboard. Facebook is how Book Riot gets most of its traffic. I assume most online newspapers and magazines get much of their traffic via Facebook too.

I recently joined Space Opera Pulp on Facebook, an online book club for readers who love the old pulp magazines. It’s enthusiasm and energy makes my Yahoo book club seem like a funeral where the coffin’s occupant had few friends. Is Facebook becoming the popular site for popular people to talk about popular reading?

Last week I joined a Facebook group with 25,000+ westerns fans and it answered a question in minutes that I had been Googling off and on for days. That same post got a bunch of comments, whereas my blogs and essays here get few.

Facebook can be the better search tool sometimes if you need a human to answer a question. I haven’t given up on Goodreads. Goodreads has features found nowhere else. Goodreads is a quieter place for discussing books online. You might say Goodreads is introverted to the extroverted Facebook. But if everyone stays in Facebook will Goodreads fade too?

Will social media sites consolidate around one company? Response to my tweets has fallen off this past year. They are usually about books.Will Facebook be the T-Rex that eats all the competition? What if Facebook gets to 3 or 4 billion users? Will there be any way to resist it then?

For a while, all the young folks in our families left Facebook. But now they’re back. It’s very hard to ignore a universally used tool.

If all your Facebook friends are talking about the same book will you want to read it too? Or if you’ve fallen in love with a story will you post about it on Facebook? Will you post to your news feed, or to a Facebook book club group? If unknown Facebook users click the like button on your review and then sends a friend request will you confirm it?

I made internet friends through my blog and Yahoo! Groups. I had two worlds. Friends I knew in person and friends I’ve never met. Facebook throws those two groups together, colliding my worlds! People I don’t know now comment on my wife’s posts. For years I’ve mostly got likes from family and friends. Today when I post something I get family, friends, neighbors, old coworkers, old schoolmates, internet acquaintances, and strangers liking and commenting.

I’ve always loved talking about books. Facebook is taking that activity to new dimensions. What will that mean for authors and publishers? They can have their own Facebook pages, making it easier than ever to communicate with your favorite author. It also means writers and publishers get to see their readers and customers, and Facebook can sell them statistical data about us too.

Do we need the old online book clubs? If every book published had a Facebook page wouldn’t it be the logical place to discuss that book and post links to reviews?

Facebook is efficient for finding people with shared interests and for sharing information. However, what people post usually lacks substance. Facebook users prefer clicking the emoticons rather than writing what they think. If they do write something, it’s very short. It’s hard to believe substantive book discussions will happen.

Does that mean we’ll all end up over at Goodreads after all?