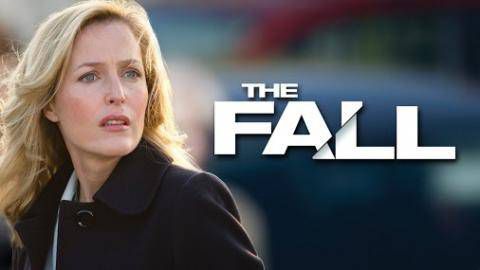 We’ve seen a number of reinventions of Sherlock Holmes in recent years, but if you’re limiting yourself to film or television screens for your fix, you’re looking in the wrong place.

By far the most interesting, real, and compelling modern take on Holmes is in the pages of Watson And Holmes, published by New Paradigm.

The set-up here is simple. The story has been transplanted into modern-day Harlem in NYC. Both Holmes and Watson are black, and the supporting cast is more varied and diverse than you’ll see in any of the screen adaptations. These few simple changes open up the whole world to new ideas and make the characters seem fresh and new. Black characters in crime fiction are often limited to certain roles. Even when they’re presented as strong characters, there is still a tendency to cast them in certain ways; the young street kid with a heart, the reformed corner soldier, the uniformed guy who ‘got out’ and guilts himself about being a traitor, etc. Each of these roles traps fictional black characters in a certain social class and background. In using the characters of Holmes and Watson, we get to neatly sidestep those tropes. These two characters are recognisable for being the same guys we’ve seen in every other incarnation, yet the change in ethnicity gives them a fresh view of the world.

Although the characters are given equal billing in the book’s title, Jon Watson really drives the story forward as our protagonist. He’s a former para-jumper who is now working as a medical intern at a local hospital. He comes into the story driven not by high-stakes military drama like the Watson of Sherlock, but by the very human baggage of an estranged wife and a young son. He cares about his local community and wants to make a difference. He’s a normal guy trying to help people, and that’s when he crosses paths with Sherlock Holmes.

It feels so natural, so normal, that these characters should meet. A P.I. walking into an E.R. in Harlem and crossing paths with a doctor? Yes, I’ll buy that. Bonding over a shared interest in one of the patients? Okay, I’m in. Screenwriters should take note, because one of the defining traits of both Sherlock and Elementary has been the lengths the writers have gone to in order to convince us these two should be together. The situations they create always feel manufactured, but not here. The premise of the book has already done all the hard work, there is no need to start engineering bizarre reasons for a doctor to cross paths with a super hero.

Writing mystery fiction can become something of a trap. There is a temptation to fill the pages with twists, red herrings, and long stylized monologues. The book wisely sidesteps each of those problems. The first five issues are written by Karl Bollers, and he shows a strong understanding of what’s needed from a mystery script; clarity. His pacing is fast, the reveals are spread out nicely, and he always plays fair with the reader. One mild criticism would be that the same trick is used twice in the first four issues -a victims keys leading to a hidden laptop in a locker- but it’s nothing that derails the story. In fact, by his fifth issue, Bollers has an impressive grip on these characters and on the stories they can tell. Issue five focuses on child abduction -paying off an idea planted four issues previously, in a ballsy move- and makes a challenging point about the nature of the modern news media.

This series truly hit my sweet spot with issue six. The story opens on the discovery of a dead woman, but from that much-used idea we get a very good self contained mystery. The plot touches on child slavery, sex trafficking, and LGBT issues. When I say that I like crime fiction to be social fiction, this is exactly the kind of story I’m talking about.

This issue was written by a guest writer, Brandon M. Easton, which speaks to a commitment from the creators to find different voices. Crime fiction is a well-trodden path, but Watson And Holmes is giving us that journey from a new viewpoint, through the eyes and the ideas of characters who aren’t always given the room to speak. And when a story can benefit from a different creators point of view, then that’s exactly where they go.

I’ve written a lot here without talking about the art. That’s simply because I’ve had so much to say about the central ideas, but I could write at length about the visual storytelling, too.

The art in the first four issues is handled by Rick Leonardi. The pencils are loose and sketchy, leaving plenty of room for Paul Mendoza’s colouring to add the mood and tone of the book. As with the scripts, Leonardi’s storytelling is always clear and simple. We always know where we are in the scene, and he manages to give each character a distinct personality.

There is a change in tone to the artwork for the fifth issue, with the pencils of Larry Stroman and the colours handled by Jay Ramos. This is a little less sketchy, with more emphasis on lighting and bolder colours. This is almost Ultimate Spider-Man territory, with less of the moody crime fiction feel, but overall that balances out well with the subject matter that could have veered off into darkness.

The sixth issue, which I think is the strongest overall, sits somewhere between the two. The art is by N. Steven Harris and the colours are again added by Jay Ramos. The storytelling is simple and clear, with excellent page layouts that move the story along at a good pace, though the facial work is a little inconsistent. The colouring combines very well with the art, though, and gives the whole issue a kind of Veronica Mars sheen, which I will always think is a good thing.

New Paradigm have taken a step back from a regular monthly schedule for Watson And Holmes. They will instead be focusing on putting out a collection of stories as and when they’re ready. A second volume was funded through kickstarter this year, and in addition to featuring issue six in print for the first time, I know that we’ll also get a new take on Irene Adler, written by crime author Lyndsay Faye. I can’t wait to see the result.