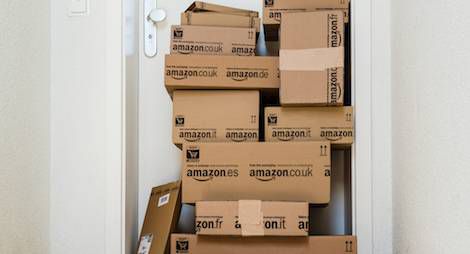 It’s a question most book lovers who shop online have asked. You’re looking on Amazon for that hard-to-find sequel–a book you have been searching for in person for years! And there it is. Dozens of copies. For a penny each. Even as you add the book to your cart, it feels suspicious. How is anyone making any money off this? Why would anyone be selling books for a penny online?

Well, if you’re worried about Amazon losing money, don’t be. If there’s one thing I’ve learned from dealing with Amazon on the sellers’ end of things, it’s that Amazon always wins. For every penny book that gets sold, Amazon gets at least $1.35 as a closing fee. (They get an additional dollar fee if the seller isn’t a ProMerchant. But, of course, getting to be a ProMerchant has a monthly price tag.) So clearly Amazon is doing just fine on penny books. But how is the seller making a profit?

Penny book sellers tend to be big operations. Anyone trying to sell books on a small scale for a penny apiece is likely to be losing money. The reason that this works on a large scale is, of course, the shipping costs. Amazon has a flat rate of $3.99 for shipping books within the US. After Amazon’s closing fee, the seller is left with $2.65 to cover shipping costs and any other costs. For the average person, that might be enough to cover shipping, possibly with a few cents left over. For giant operations, though, they’re able to use Bulk Mail–shipping hundreds of packages out at a time–and get a much better shipping rate.

Of course, this still only works if you’re getting the books for free and your labour costs are extremely low. And that’s exactly what happens! Penny book companies collect books that other charities reject. They set up book donation bins. They scavenge for books that otherwise were heading for the recycling. (And then they still end up recycling the majority of what they receive.) They also list books by scanning the barcodes, sometimes using machines that can process 60 books a minute.

I’ve been referring to these companies as “penny book companies”, but that’s inaccurate. They aren’t stamping $0.01 on every book they acquire and calling it a day. Instead, they’re using complex repricing algorithms. Basically, they’re pricing these books as “The cheapest listing on Amazon.” Whatever that book (with that ISBN) is listed for currently, they will price it at a penny less.

So that same company that is selling thousands of books for a penny is also listing a random paperback for $1896.78, because that ISBN happens to not have very many listings. Sometimes, these companies list their books not only as the least expensive, but also as the most expensive. Try comparing the ridiculously overpriced listing for a random book with the penny listings at the bottom. They’re often the same company. (I have no idea what person buys whatever the most expensive listing is for a book, but clearly they’re out there, because it’s worth putting into the algorithm.)

So yes, this algorithm means that companies are selling a huge amount of books for a penny, but it also means that they can make hundreds of dollars on a textbook that they got for free–without having to research what each book is worth. The algorithm does all the work.

Of course, having pricing be automated means that a lot get missed. As a bookstore run by Real Actual Human Beings who do the pricing, we completely ignore these penny books companies and their prices. We know what books hold their value, and it’s not worth selling it for less just because there are 4 copies listed online today–or worth putting $100 more on a book just because this ISBN is less common, though it is identical in every other way to the cheaper listing.

There is, of course, more than one company using these algorithms, which means they are constantly chasing each other’s tails. Each company continues to undercut the next company by a penny when their algorithm resets, meaning that these books’ prices drain away to nothing, no matter the rarity of the title or the quality of the work.

And this doesn’t even count the more bizarre algorithms, including companies who list books they don’t even have for 20% more than the existing listing. If that listing sells, they’ll just buy the original listed book and ship it along to their seller. These interacting algorithms can do strange things to the prices of books, including skyrocketing it to millions of dollars.

So next time you’re shopping for books online, take a closer look at the sellers. Those neat lists of sellers put a lot of people shoulder-to-shoulder: from the indie bookstore carefully describing every book on their shelf to the automatically listed book kept in a warehouse with thousands of others, ready to be sold for whatever you’re willing to pay for it. It’s robot vs robot vs bookseller out there! What a time to be a reader.