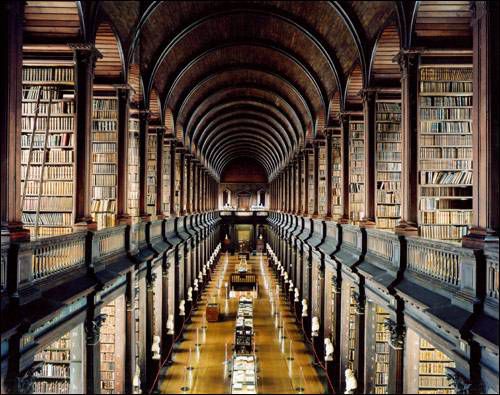 We don’t really need to keep talking about Terry Deary, do we? We don’t need to fan the flames and give this guy’s ludicrous opinions any more attention than we already have. Right?

Well, I’m going to do it anyway.

I tend to ride the soapbox pretty hard when something “bad” is said about libraries in the media (or at least something “bad” that I think is inaccurate or unfair). It’s not because I think libraries are perfect and infallible and immune to criticism or that they shouldn’t evolve. It’s because I believe in the fundamental purpose of libraries, and I honestly do see libraries as having a place in WORLD OF THE FUTURE – and not just because my retirement fund depends on it, but because of the positive things libraries contribute to all facets of society.

Basically, I have trouble keeping my mouth shut. Some say that if we ignore people like Deary, the problem will just go away. Well, for better or for worse, it’s my belief that ignoring a problem is NOT always the best way to make it disappear, especially when the “problem” is given an international platform through a respected media source by which to spread his ideas, however ridiculous they are. If other voices don’t speak out, then his voice is the only voice that gets heard.

These rebuttals are effective in explaining that Deary’s arguments are not just flawed, but plainly wrong. Although I have many feelings about the whole situation, I will not add anything in terms of debunking “Deary’s Theories” other than to say that any reasonable person can recognize the good that libraries do for both readers and authors. (As for the unreasonable people, well, we can only do the best that we can when it comes to them.)

In truth, the problem is much larger than Terry Deary himself – the media has been getting libraries wrong for a long time and it doesn’t look like the issue will resolve itself anytime soon. Instead of angrily blogging about it, however, as I’m wont to do, I’ve decided to turn over a new leaf and try to offer positive solutions – or at least get a dialogue started regarding possible solutions. (Don’t worry, though: if others angrily blog about him, I will read the posts and shake my fist at the sky in solidarity.)

There are things we can do that don’t include angry letter writing, angry blogging, or Deary book bonfires. I’ve listed below five ways to support libraries RIGHT NOW. These are simple, very obvious (hey, sometimes we need reminding) tips that librarians talk about all the time, but they can have a big impact if they are done by enough people in enough communities.

1) Dust off your library card and actually use it – check out books, ebooks, DVDs, anything.

Attend library programs. And once you’ve done these things, be vocal about it! Tell your friends and neighbors how the cool things that are provided by the library (you know, in case they forgot). Word of mouth is essential when it comes to library promotion.

2) Write to your local politicians about how the library benefits you.

Politicians tend to support what communities want them to support, so don’t be shy about letting them know how swell you think libraries are. And if your town has a library budget vote, get on out there and vote in favor of it, why dontcha? Money talks, after all.

3) Speaking of money: you can always donate some to the library!

It will always benefit you, the patron, whether directly or indirectly. (Also, if you have outstanding late fees, don’t be ashamed. But do step up and pay them if you are able to. You’ll feel better and the library will thank you.)

4) If you have kids, teach them to see the library as a place that holds opportunities for both education and entertainment.

Take them to programs like storytime and Arts & Crafts and gaming. Get them a library card at an early age. Make going to the library a fun family experience. (By pure coincidence, my best friend from childhood emailed earlier today and told me that she took her one-year-old to the library for the first time over the weekend and he seemed to love it. It warms the heart, I tell you.)

5) If you happen to be a member of the media or a journalist (or anyone, really), PLEASE do some research.

Make sure you’re not spreading around blatantly false information NOR presenting opinions as cold hard facts – like in this reaction to/defense of Deary: “People who borrow books for free wouldn’t go out and buy them” and “No one visits a library for the reference department any more.” What? No.

So, now it’s your turn: how do you use your library? If you don’t, what can potentially be done to change that? And do you have any other suggestions for concrete ways to support libraries? Let’s stick it to the man and show him just how relevant we are! (With the “man” being people like Terry Deary, “we” being libraries, and “relevant” being AWESOME.)