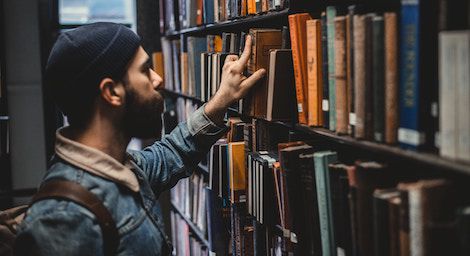 Watching movies is one of those pastimes that pretty much everyone loves. There’s a whole range of genres so you’re sure to find something you enjoy, and now there’s the convenience of online streaming in addition to traditional cinemas. There are a lot of elements that make up a strong flick, including a the plot and the dialogue. And that’s why I’m here to tell you that we should read screenplays.

“But why?” you ask (or not). “I’m watching a movie because I’m not in the mood to read.” I totally understand that, especially when I’m in procrastination mode. But reading screenplays can truly enhance the experience of watching a film. It’s a crucial step for anyone looking to work in the film industry, yet it still benefits even the most casual audience member.

They Provide Details You Might’ve Missed

The level of detail varies from script to script, screenwriter to screenwriter, but for the most part, screenplays point out details that you might’ve missed. Maybe you missed the clock in the backgroud in the opening scene that foreshadows the plot twist. The screenplay might explicitly reference it, changing the way you see the scene on your next viewing. Some scripts provide more insight into characters’ emotions and thoughts, allowing you to see them in a new light.

Keep in mind that there are two types of scripts: speculative scripts (known as spec scripts) and shooting scripts. A spec script is kind of like an initial draft that focuses more on the plot with fewer frills, and is presented in the hopes of getting produced. A shooting script is used for the actual filming process, and includes more details about the camerawork and direction. Sure, you might see a few camera angles snuck into a spec script, but for the most part they’re frowned upon if you’re not a big-shot screenwriter.

They Help You Improve as a Writer

If you’re a screenwriter, reading scripts will help you improve, that’s pretty straightforward. But even if you don’t write screenplays, it’s also a good idea in general to read outside of your medium and genre.

We all have our preferred genres and media; there’s nothing wrong with that. However, we can get a little stuck in our comfort zone. Scripts are super streamlined and concise. Viewers gotta pee, so you’ve got to keep the length of your script manageable. One page roughly corresponds to one minute of screen time.

It’s also a good way to practise dialogue and developing a distinct voice for each character, since the audience relies heavily on the lines to understand or infer context.

Reading screenplays—especially before you watch the finished project—allows you to create a world in your own mind with help from the screenwriter. As beautiful as the final cut might be, they do present just one way of interpreting the script. Besides, we talk about reading books before watching the movie adaptations, so why not read the screenplay before logging onto Netflix?

Filmmaking is Magical as Heck

Last, it’s just plain fun. You’ll get a glimpse into how the cast and crew bring the screenplay to life. Oftentimes the footage deviates from the script. Actors might adlib a bit. Production might run into some logistical problems, prompting cinematographers to tweak the camera angles. The set designer might envision the environment differently than you do. It’s fascinating.

If the idea of sitting down with a 120-page script with an unfamiliar format is daunting to you, fear not! Websites like Script to Screen juxtapose scripts and movie clips. The text scrolls down as the scene plays out, and you’ll be able to follow along and practise reading smaller snippets of screenplays.

Sites like IMSDb and Go Into the Story give readers free access to a wide range of screenplays. Or go read your friends’ scripts! They’re sure to thank you eternally and name their firstborn after you. And who knows? Maybe you’ll be inspired to write the next big blockbuster. We’ve even got some adaptation ideas for you right here!