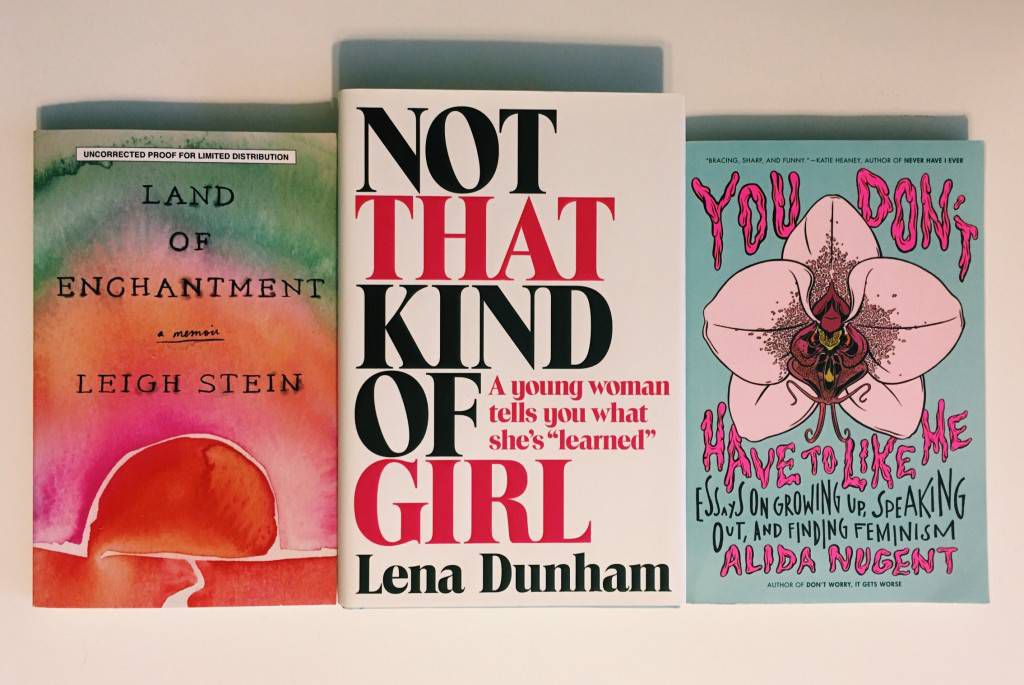 In early August, I went to an author event and it was powerful. Leigh Stein, who wrote what is probably my favorite book of the year, Land of Enchantment, came to Chicago on her book tour for a conversation about being a young memoirist and abusive relationships. She read a bit of the book, was casually interviewed by a Chicago Tribune reporter, and a really fabulous conversation ensued.

Her parents were sitting in front of me as she talked about this book she wrote of her long, psychologically abusive relationship from her 20s. The whole event was very intimate.

She talked about how people have been coming up to her and sending her messages about how they, too, have endured psychological abuse in relationships. Her writing opened the floodgates for people to admit things to themselves, and then to her. She is bombarded with “Me, too!”

But she also talked about how many people assume that a memoir is an autobiography, that at 31, she has not lived enough to write this thing, and hey, who even gave her permission to write about these other people? Like that guy, the boyfriend. Did he give permission?

Well. No. Because he’s dead.

But that’s not the point. Writers, women and marginalized voices in particular, need to give themselves that permission. They need to tell their stories regardless of who’s going to be mad at them for writing it.

When Alida Nugent put out two collections of essays — Don’t Worry, It Gets Worse and You Don’t Have to Like Me — she wrote her thoughts and experiences of being a biracial feminist millennial just as they are. She didn’t whitewash it.

In an interview with the Rumpus, she said: “I think the advice I would give is that you don’t have to be liked to be smart or to offer something. Worry about likeability last. Say what you have to say, figure out the best way to say it, and don’t worry about who’s not going to like you because of it.”

Because no matter what, people will find a reason to negate what you have to say. Say it anyway, for the benefit of the people who need to hear it.

When Lena Dunham’s Not That Kind of Girl came out, people wondered why the hell she should be writing a memoir. She’s young! She hasn’t lived enough life to warrant a book about her life! She’s so narcissistic to think anyone would want to read that tripe!

Wrong. She’s telling stories that need to be heard by her fans, young and old. Young women don’t have a lot of down-to-earth(ish) role models in the public eye. They don’t know that they’re not the only ones feeling the things they’re feeling.

Stein said through her whole relationship chronicled in Land of Enchantment, she had no idea other people had relationships like hers. She thought it was just like the relationships in movies — his isolation and cruelty is romantic! The movies just don’t show the bad parts!

But when we whitewash everything, and don’t let women tell their stories, we make it possible for these new stories to be born every day to more women. And men.

We need young memoirists. We need these stories.

Not every memoir should come from the God-like perspective of a wizened person. Some stories are best told from the young mind. In a piece at the New York Times, Stein writes, “I am writing for other millennials, who have grown up flirting through texts and breaking up over email.” Her work needed to come out when it did. If she waited until she were older, wiser, farther away, everyone who needs to hear the story would be far away, too.

We need to know. We need to hear. Scream it from the mountaintops. Whisper it from your keyboard clicks.