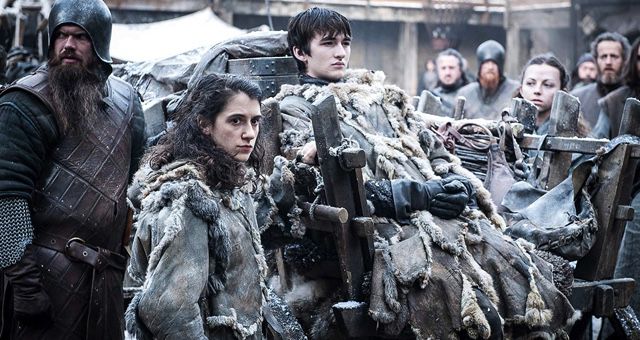 (Note: this article contains spoilers for the Game of Thrones series finale.)

Many Game of Thrones fans were baffled by the last-minute decision to name Bran king of the Six Kingdoms and give him the title Bran the Broken. In particular, many disabled fans were justifiably furious at Bran’s title. To anyone who thinks, “It’s just a TV show!”: representation matters. Especially with a cultural juggernaut like Game of Thrones, the depiction of marginalized people can impact our treatment in the real world. 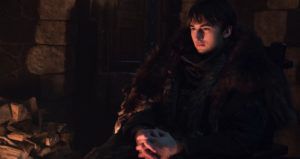 As a longtime Game of Thrones fan with a mobility disability, I feel ambivalent about the whole episode. Westeros is an inherently ableist society, which treats disabled people terribly and probably has no positive or neutral descriptors for disability. As Tyrion says in both the books and the show: “I have a tender spot in my heart for cripples and bastards and broken things.” Cersei and Tywin call Tyrion “a monster” from the day he’s born with dwarfism and blame him for his mother’s death.

The Starks are more accommodating towards disability. Osha and Hodor, who has an intellectual disability, act as loyal personal care attendants to Bran after he’s paralyzed. Bran eventually acquires a wheelchair. However, these are makeshift, individual accommodations. I hope that as a disabled king, Bran would make systemic accessibility a priority.

It’s a huge invasion of her brother’s privacy for Sansa to volunteer the information that Bran is infertile. We’re not even sure whether this is true. It’s a common and often incorrect assumption about disabled people. This is actually ableist on two levels. In the show, Bran’s infertility is presented as a solution to hereditary monarchies like the Targaryens. The other characters assume that the Targaryens’ mental illness is hereditary.

It bothered me that Tyrion was the person who bestowed the “Broken” title on Bran. Tyrion is a little person, and Bran is paralyzed. Tyrion and Bran are both disabled, but don’t have the same kind of disability. Tyrion has an acerbic wit and fits the stereotype of a self-deprecating—maybe even self-loathing—person with a disability. Because Tyrion comes from such an ableist society and family, this is unsurprising.

The way that disabled people identify and describe ourselves is often different from the way other people can describe us. Coming from Tyrion, Bran’s title seems like an example of lateral ableism: bigotry from one disabled person directed to another person with a different disability. Tyrion, of all people, should know better.

When Tyrion nominates Bran, he almost seems to break the fourth wall or justify his choice to the audience. “There is nothing more powerful in the world than a good story. Nothing can stop it. No enemy can defeat it. And who has a better story than Bran the Broken?” Tyrion asks rhetorically. Bran’s story is fascinating, but I wouldn’t say that it’s objectively the most fascinating in the series. This seems to be the writers trying to persuade the audience.

Bran’s role as the Three-Eyed Raven has always been esoteric and not well explained on the show. It’s one of many loose ends that the rushed final season left hanging. To me, it always seemed like more of a religious position than a governmental one. Even in a society like Westeros with no concepts like the separation of church and state, the Three-Eyed Raven should be a revered, full-time position. The Three-Eyed Raven might be a wise spiritual or political advisor, but the Six Kingdoms might find that an omniscient king with superpowers is a terrible idea.

By becoming the Three-Eyed Raven and then king, Bran fits the “supercrip” trope. A supercrip can be a disabled character who tries to overcome their disability. Alternately, as in Bran’s case, supercrips can also develop superpowers, seemingly to overcompensate for their disabilities. Professor X from the X-Men comic books and movies is another example. In a sense, Bran is not himself after becoming paralyzed. Even his cryptic comments to his siblings suggest that his own memories and personality no longer occupy much space in his mind.

Although the title of Bran the Broken is consistent with the ableism in Westeros, I understand why so many fans found it harmful. Other scenes from this season that struck the wrong tone with many viewers include killing off Missandei, one of two black characters with speaking parts. Although Daenerys was a dangerous tyrant, Jon kills her in a lover’s embrace, evoking domestic violence. These scenes make sense, but they play into dangerous tropes and have unintended implications. More diverse writers’ rooms, including women, writers of color, and disabled writers, would probably be aware of playing into these stereotypes.