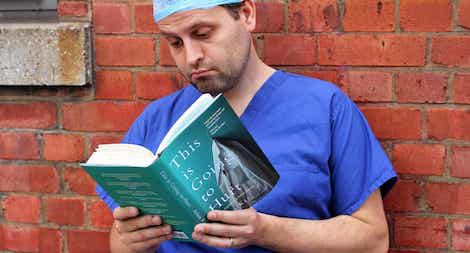 Watson’s book isn’t a one-off sensation though. She is one of a rapidly growing genre of new authors – everyday folk in everyday jobs – that have helped catapult memoirs into one of the fastest-growing areas in publishing.

This is a UK-focused piece but I think it resonates across the pond, too. Do you love real life memoirs?

Fifty-three percent of children ages 6-17 said that they checked out books from a school-based source, such as a school library or classroom. The second largest source was the public library, with 50 percent of students saying they found books to read for fun there.

Parents similarly show strong support for school libraries with 95 percent agreeing that every community should have a public library and that every child needs to have access to a school library.

“When a school is out of session during the summer months … the access to books can kind of disappear,” Webber-Bey said. “It depends on the kid’s ability to get to the public library or the book store.”

New research on how those 17 and under really do read little over the summer.

Nearly four years ago, that little girl marked her first trade, and now, Akinmowo has over 1,000 books in what she has named the Free Black Women’s Library. Since then, she’s set up a collection of books in monthly pop-ups all around Brooklyn, New York. Having graduated from brownstone stoops, the library now functions as a traveling biblio-installation that sets up shop in museums, creative spaces, theaters, art galleries, churches, and festivals.