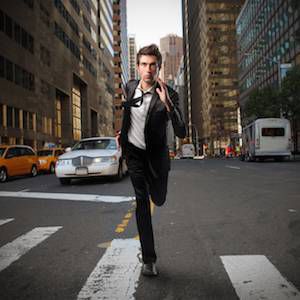 Have you heard how romance novels (usually referred to as “trashy” in this context) rot women’s brains, leave them expecting too much from men, and turn the IQ dial way down? Yeah, me too. A LOT. So I scraped together as much of my rotted brain–when I wasn’t sitting by the window longing for an idealized strapping man to save me from my oh so boring life–and wrote the following post.

I am the Ghost of Marriage Yet to Come here to show you the bleak future you will have if you date, and marry, a reader of escapist thrillers. Take heed and listen carefully for my time here is limited and I’m fading fast.

A glimpse into your future if you marry a reader of escapist thrillers:

He won’t take the trash out unless he thinks the bag stinking up the kitchen is a threat to national security in which case he’ll launch it out into the street with no regard to cyclists, joggers, and dog walkers—sorry Timmy, wrong day to take your tricycle out for a spin.

He will only go on a date night if it takes place overseas and ends in the pair of you running for your lives—you in 4-inch heels—through cobbled streets looking for the U.S. Embassy, which only he can locate with his excellent sense of direction.

You will spend your savings replacing the house windows as your husband attempts to learn how to rappel down from the roof using a system of pulleys and ropes he designed—he doesn’t need instructions!

You will have to drive him to and from work every day because his license will be suspended after he’s arrested for speeding and erratic driving. It would have been a ticket but the police officer thought he was high when he argued he was practicing for the day he has to “Stop the catalyst that will start World War III.” You will have to borrow the bail money from your parents.

He will make outings challenging when he begins to think every “foreigner” is on their way to exchange nuke codes/weapons/stolen art for an obscene amount of money that will be wire transferred on the spot. He will think he must stop what he’s doing and follow said foreigner in order to save the day. In other words, he’ll always be late for dinner and he’s going to have a lot of restraining orders taken out on him.

He will similarly think every man in a dark suit “talking to himself” is a CIA agent. He will also follow them because, as he has repeatedly told you, he will one day be tapped to join the CIA. That day will be the day after he followed the foreigner, thwarted the exchange, and saved the day. You will never win the argument that the guy in the dark suit works at your bank and is talking on his Bluetooth.

You will have to call the fire department and explain that your husband got stuck in the doggie door while testing all manners of escaping the house in preparation for the day he accidentally picks up “the wrong suitcase.” He will sleep on the sofa when you laugh at his theory that the real owner of the suitcase will shoot up the house in search of it because of the sensitive material inside.

He will never profess his love or gratitude for you, believing it will be more impactful if he waits until after he’s rescued you from kidnappers.

You will not be able to eat at any restaurant or attend any party if he is unable to first acquire the building’s blueprint. This won’t bother you as much since you will never be able to get him to put down his silly books for a literary work, meaning he’ll never be the smartest man at the party.

You will never learn a second language because if you do he’ll become paranoid, thinking you’re working for the enemy—they’re everywhere! Or WORSE you’re plotting to join the CIA before him!

It’s up to you if these moments become your present and past but you have been warned: readers of escapist thrillers are not marriage material.

Ghost of Marriage Yet to Come