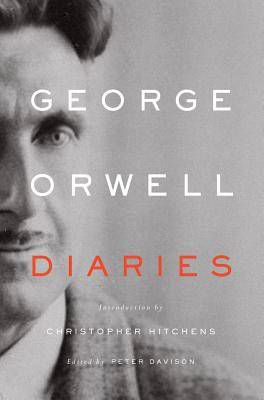 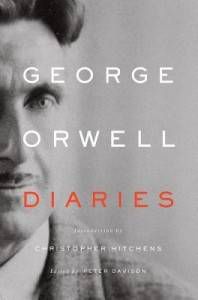 George Orwell doesn’t REALLY need an introduction. If all you know about him is that he wrote some really amazing books, like 1984 and Animal Farm, then you’re fine. But if your interest carries you further than his greatest hits, if you’re familiar with a few of his deep cuts (Keep the Aspidistra Flying, Homage to Catalonia), then you’ll probably be interested in reading the new Diaries.

Besides traveling the world from India to Spain, besides working and living with the poorest of the poor, and besides taking a fascist bullet in the neck during the Spanish Civil War, Orwell was also an avid gardener. But whenever the diaries of famous people are published, you have to wonder what their purpose is. There will always be super-fans of any artist, those who are never sated and always want MORE of the person behind the work. And of course, if done well, they can be very entertaining. But what does the biography of a writer who lived a boring life add to the discussion of their books? I think the case can be made that Orwell’s life and writing were so entangled that they both can only be fully appreciated as two parts of a larger whole. But would reading a biography of, say, Cormac McCarthy, really add all that much to reaching a more profound understanding of his work? It seems like a distinction, however artificial, can be made here between writers who ‘turn inwards’ and writers who ‘face outward,’ those who mine the dark pits of their own psyche, and those who trim material from the overgrowth of an external reality.

Now, I know that haters might say “Hey, everyone is affected by the world around them!” or “Hey, even people who write about the world around them are expressing profoundly personal things!” And you would be right. But I think the whole purpose of creating this distinction between inward- and outward-looking writers is to be able to better judge who would have the best biographies and diaries. I think that Jonathan Franzen is a more consistent writer than William Vollmann, but never would I ever want to read Franzen’s diary. Vollmann has spent time hanging out with prostitutes and the poor, fighting with the Mujahideen in Afghanistan, exploring the Fukushima disaster, and trekking across the Arctic Circle. Yes, I would much rather read his diary.

The cliché that has become a truism is that good writers can make anything interesting. But what isn’t ever really talked about his how good readers will see through the bull crap everytime. William Burroughs, junky priest of the Beats and Punks, is by most standards a worse writer than Thomas Pynchon. But Pynchon is a recluse who hasn’t left his house pretty much since he graduated from Cornell. Maybe he writes better, has more eloquent ideas…but unless his diary takes the form of daily literary essays, I’d much rather read his concepts embodied in the language of his novels. Burroughs, on the other hand, lived an interesting enough to live to lead me to his diaries independent of his fiction writing.

All this is to say that I think we should celebrate the publication of Orwell’s diaries. The publication of personal texts by other authors might smack of cheap opportunism, purely a money-making ploy. But I think publishers got it right with Orwell, just like I think they got it right with Burroughs and would do well to publish a diary (or even biography, PLEASE SOMEONE) of Vollmann’s. Authors like these have works and lives that reflect each other, like two opposing mirrors, showing us a strange and comforting illusion of infinite complexity.