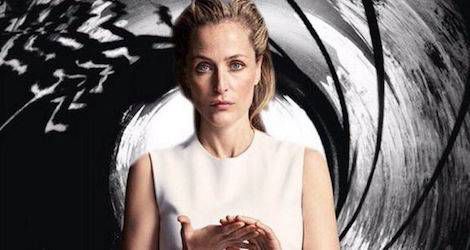 An avid gambler like James Bond would surely be disappointed that all bets are off, both literally and figuratively, for the future casting of the character. In response to rampant casting rumors, gambling sites suspended online wagers for Tom Hiddleston and Spectre director Sam Mendes dismissed speculation regarding Idris Elba, Tom Hardy, Damian Lewis, or Jamie Bell. While the actor to follow Daniel Craig remains in question, Mendes voiced one certainty: the decision is ultimately up to franchise producer Barbara Broccoli, the daughter of original Bond producer Albert R. Broccoli, and her choice “will not be what you expect.” Given that six actors of a similar type (that is, white, British/Australian, and male) have played the superspy, however, the only unexpected casting decision for James Bond would be to diversify his appearance. 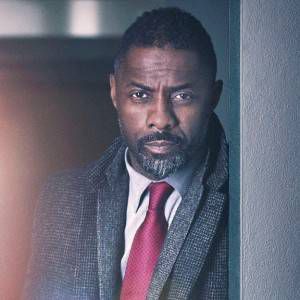 The argument for Bond to be played by a person of color or even a woman certainly has its detractors, most notably some authors and actors involved in the character’s various permutations. While not opposed to a black actor in the role, Bond continuation author Anthony Horowitz deemed Idris Elba “too ‘street’” to play Bond. Horowitz clarified that this opinion was “not a color issue,” but instead a comment that Elba lacks the spy’s suavity. Despite Horowitz’s attempt to redefine “street,” which carries racial inflections not unlike “inner city,” his dismissive description of Elba perpetuates the idea that Bond is supposed to be played by a white man. In fact, former Bond actor Pierce Brosnan blatantly said so: “He’ll be male and he’ll be white . . . A female James Bond, no, I think it has to be male. James Bond is a guy, he’s all male. His name is James, his name is James Bond.” Ian Fleming would undoubtedly agree with these assessments, but his own estimation of the character might spur us to rethink the identity of James Bond and expand the pool of 007 candidates considerably.

For Fleming, James Bond was never a character to be taken seriously. Fleming developed the novels as a joke upon his reading audiences, in part parodying the escapist adventures of imperial spy fiction like John Buchan’s The Thirty-Nine Steps (1915) and Sapper’s Bull-Dog Drummond (1920). As such, Fleming believed that his intended readership would recognize the chauvinistic and racist overtones in his novels as tongue-in-cheek. Fleming further claims, “If one has a grain of intelligence it is difficult to go on being serious about a character like James Bond.” Fans more familiar with Daniel Craig’s gritty tenure as Bond than the literary tradition Fleming mocks understandably take the character seriously. Considering the inspiration behind Bond, though, a diverse casting choice would be a conscious and fitting subversion of audience expectations.

Indeed, audience expectations should already be fairly accommodating. Since Bond’s conception by Fleming, seven continuation novelists and six actors have portrayed the character in varying fashion. Unless Q has invented a gadget that makes Bond deceptively youthful and agile for age 63, how else do we accept his changing on-screen guise every few years? The order of the post-Fleming novels raises further questions of time travel, as Bond appears in contemporary times in novels by John Gardner, Raymond Benson, and Jeffrey Deaver and returns to the past in books by Sebastian Faulks and Horowitz. At this point, why are we still laboring under the assumption that 2016’s James Bond is somehow the same person readers first encountered in 1953?

Perhaps it would be more innovative to consider the identity of James Bond as a cover story, adopted by various agents in different eras. If an enemy agent’s dossier on Bond describes him as a white male, then imagine the narrative possibilities for deception offered by a new appearance. An even more inventive use of misdirection would be to cast Lewis, Hardy, or Hiddleston as Bond, only to have him killed off early and replaced by an actor such as Elba or even Gillian Anderson, Priyanka Chopra, and Emilia Clarke, all of whom have expressed more interest in playing the lead than one of his lovers. 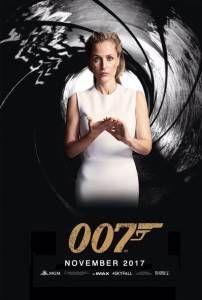 Recasting James Bond is forward thinking, not only in mitigating the cringe-worthy racism and sexism that has carried over, albeit to a lesser degree, from Fleming’s novels to the movies, but also in resolving questions of Bond’s timeliness. Vanity Fair and NPR have addressed how the most recent film, Spectre, struggles with issues of Bond’s relevance, and Daniel Craig has voiced his own exhaustion with the character. If the formula feels old, then perhaps it’s time to change the most important ingredient. James Bond played by a person of color or a woman (or in the case of Chopra, a woman of color!) could be the very thing to bring the spy in from the Cold War by modernizing the franchise much more effectively than another reboot.