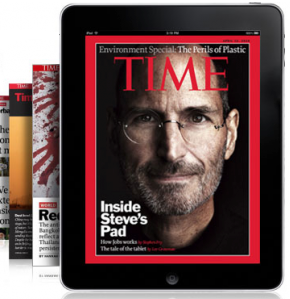 You couldn’t swing a rolled-up copy of US Weekly last year without hitting an instance of The Power of Print ad campaign. Billboards, print and online magazine ads, and even TV spots showed us that, contrary to popular opinion, magazine readership is actually increasing — and, more importantly, it’s increasing among young people.

As a book lover and voracious reader, I’m going to assume you have at least a modicum of interest in the fate of magazines. But if you don’t regularly read magazines, or hadn’t stopped to give the issue any consideration, you might have assumed magazines are going the way print books and newspapers are supposedly going: slow, torturous death. Yes, there is a lot of uncertainty in the media industry right now, but magazines are definitely not dying — in fact, they’re thriving.

And the reason they’re thriving is that they’re evolving. A Pew Study released last month showed that 29 percent of American adults own a tablet or e-reader. That’s amazing enough, but what’s truly astonishing is that that number is nearly DOUBLE what it was in mid-December. Lots of people had merry Christmases, apparently.

This is smashing news! Why? Tablets are undoubtedly the future of magazines. Here’s evidence: A study by Harrison Group showed that tablet and e-reader owners spend 50 percent more time reading magazines than the general population. Why? That’s easy to explain, too: Most tablet versions of magazines these days, in addition to being more convenient (automatic download! no more being at the mercy of, say, as a totally random example, Chicago’s AWFUL mail delivery), also give you many things the print version can’t, and with the immediate gratification the print version can’t. A few examples: multimedia, the opportunity to provide immediate feedback, links to infinitely more information about a topic on the Web, including updates to the particular story itself. In short, a tablet magazine is interactive. Publishers have barely scratched the surface of potential ways to unlock content. It’s super exciting! 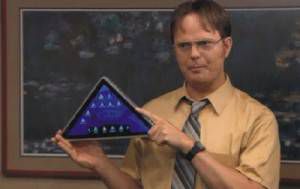 Take the venerable New Yorker, for instance — one of my personal favorite magazines. (Who says long-form journalism is dying?!) I’ve been a subscriber for years, but I’ve never loved it as much as I do on my tablet. Just anecdotally, I’ve spent a ton more time with each issue than I did when I got the print version. I still read the articles, but if I’m not in the mood to read (which is, admittedly, rare), the tablet version offers, for example, an audio file of the writer of the week’s short story reading his/her short story to you. How friggin’ cool is that?! It also has photo collages, an easy-to-scroll-through collection of cartoons, and tons of video — it’s eons beyond just a PDF of the print version, which is what many assume.

Time and Entertainment Weekly are two other magazines that really nail the tablet version — and again, I spend much more time with each of those in tablet version than I ever did in print. (Surprisingly, the tablet version of The Atlantic  — another one of my favorite pubs — is one of the not-so-good ones.)

So, if you thought magazines were slowly fading away, I ain’t mad atcha. In this 140-character, 24-hour-news-cycle world, it’s easy to assume that anything containing an article longer than 1,000 words is being short-attention-spanned to death. Just know, magazines are here for the long-haul. And I say that not as someone who subscribes to north of double-digit magazines myself. Nor do I say it as someone who pays his bills with a gig as a trade magazine editor. I say it because all the evidence points that way.

To conclude, two questions for you, dear reader: 1) Which magazines do you subscribe and love? (As someone in the industry, I’m always curious what others are reading.) 2) What do you enjoy most those magazines you love?