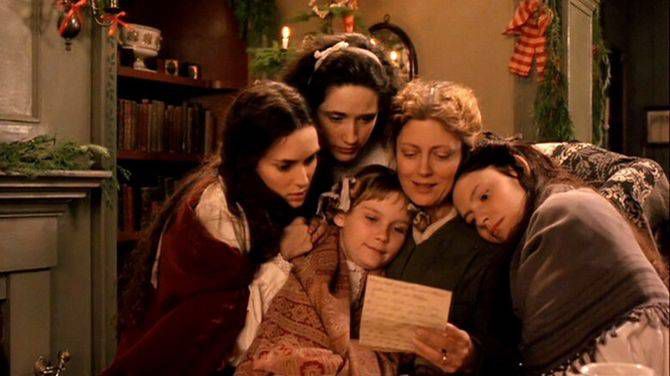 Nineteenth-century readers found it fresh and realistic, often focusing on the “naturalness” of the informal language the March girls use. The book’s fortunes shifted a bit in the early-twentieth century; with the rise of academic literary study, the canon was masculinized, and Alcott dropped from its legitimating view. Yet Little Women continued to exert a nearly immeasurable influence on those who read it. Rioux catalogs in almost overwhelming detail how nearly every major modern woman writer has some kind of relationship to the novel. Ursula K. Le Guin found in Jo March the original image of a woman writer; Erica Jong has said the book “told me women could be writers, intellects;” Elizabeth Alexander declares it “formative;” bell hooks found “remnants of myself in Jo.”

A look at the staying power of Little Women.

Oh, those poor, unfortunate souls… Haven’t they heard about the very real scientific benefits of reading—like stress reduction and improved sleep? We asked our followers on Facebook and Twitter to share one thing about the comfort, joy, and importance of reading they wish nonreaders could understand. Check out some of our favorite responses below!

She remains delighted by her longlisting. “If it’s tokenism, I don’t care, because it does so much not only for crime writers but for readers in general, because now hopefully some of them will be open to reading a different kind of book,” she says. “So many writers from other genres are jumping on the crime bandwagon, and I think it’s starting to find its place again, with people who love to read a good book and don’t care what it is. It’s just about marketing, and I wish people would understand that and pick up some good stuff and read it.”

Belinda Bauer responds to criticism of her crime novel’s inclusion on the Booker longlist.