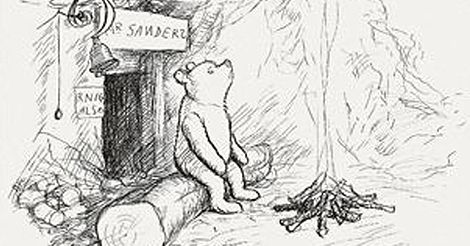 Sponsored by Nightchaser by Amanda Bouchet

Since A.A. Milne published the first official Winnie the Pooh story in 1926, the character has become beloved by children across many generations. Milne’s writing clearly struck a chord, and the character’s many subsequent TV and film adaptations have endeared him to an even wider audience.

But why is Winnie called a Pooh rather than a bear? Given that most children (and grown-ups, for that matter) have a different idea of what a Pooh is, how has the name stuck?

In fact, when first introduced by Milne, Winnie wasn’t even Winnie. Initially, he went by the name of Edward Bear, before changing to Winnie in time for that aforementioned official 1926 debut.

Oh good, more trivia for my brain to hold while forgetting important things.

Daniel José Older is shaking things up with The Book of Lost Saints.
The best-selling author is best known for his fantasy and sci-fi page-turners, including the Shadowshaper and Dactyl Hill Squad series. But this fall, he’ll publish a Cuban-American family epic written for adults, featuring magical realism and a complex exploration of the silence that permeates immigrant communities.

That squeal you heard was my excitement as I danced around doing gimme-gimme hands. And that cover is going to look so purdy on my shelves.

Anne Hathaway has closed a deal to star as the Grand High Witch in Robert Zemeckis and Warner Bros.’ “The Witches” adaptation.
Based on the 1973 novel, the film follows a 7-year-old boy who has a run in with real-life witches. Warner Bros. had previously adapted the book in 1990 with Huston playing one of the title characters, but sources close to the project say Zemeckis’ version will be more rooted in the original source material, while the Huston pic was a loose adaptation.