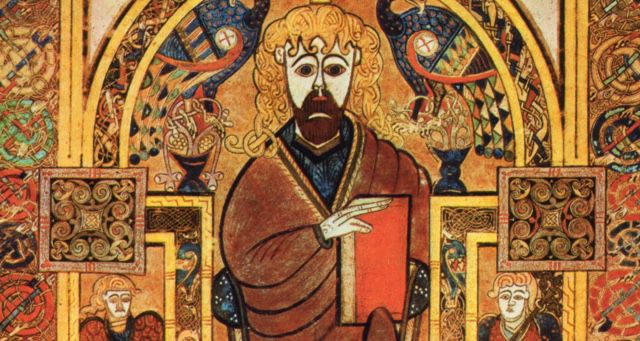 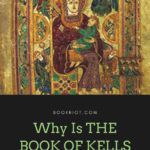 There are a number of literary tourist things to do in Dublin, Ireland. There are the numerous James Joyce themed tours. Then there is the Dublin Writer’s museum. As you trek around the city, you’ll note the number of signs pointing to Trinity College, where you can view the Book of Kells. Though we’ve given you some facts about the Book of Kells before (and noted the strict copyright), here’s a little bit more information on this prestigious manuscript. Here are four reasons why the Book of Kells is important:

1. It’s The Most Famous of The Early Medieval Manuscripts

This may sound like circuitous logic, but the Book of Kells has been well known for a very long time. We have a few well-preserved illustrated manuscripts from before the 12th century. The Book of Durrow, Lichfield Gospels, and the Lindisfarne Gospels rank in a similar period, but even among those three, the Book of Kells has a unique position of veneration.

A lot of this has to do with the very precise illumination of the manuscript. Though it has some similar iconography and styles to the Linisfarne gospels, the actual hand-work is more detailed. The illustrations are lush and layered.

People have been writing about the Book of Kells since the 12th century. The 12th century historian Giraldus Cambrensis even concluded the book had been written by an angel.

It has been housed at Trinity College since the 17th century, given to the school for safe keeping. It’s been on display there since the 1800s, inspiring visitors since.

2. Its History is a Mystery

Unlike other manuscripts that have been produced, the Book of Kells did not document its creation. The most popular theory posits that the book was either created on the island of Iona, or its production was begun at Iona. Later, the book (and its creator) fled Iona when it was sacked by Vikings, where it ultimately ended up at the Abbey of Kells. Another popular theory has it as being produced at Kells to commemorate the founding of the Abbey on its centennial or bicentennial anniversary.

We aren’t even sure about the year of production, only that it dates somewhere between the 8th and 9th century. Nor is anyone really sure of its production heritage, alternately claimed to be English, Irish, and Scottish in origin.

The fact that it is unsigned or unattributed is also unique. During this period and in this region, it would not have been uncommon for the book to have some attribution to its maker. Sure, in other regions, manuscripts could be “manufactured” by many nameless hands. However, it is a bit unusual for a piece like this, with its artistry and illustration, to have no attribution. Monks and scribes producing insular books at this time generally had a sense of their own artistry, leading some to sign their pieces or for the pieces to have some sort of specific attribution. It also was not uncommon to write out the ownership of such a book in the marginalia, and the fact that that does not fully exist for this book is strange. Though, we do have some records from the Abbey of Kells written in the book starting in the 11th century.

It’s thought that about four artists and three scribes worked on the book and its illustration. Sadly, they remain nameless, but that doesn’t stop the Book of Kells from being important.

3. It’s the Pinnacle of its Style

The Book of Kells was produced in the “insular style,” an early medieval style developed in the British Isles and Ireland. Sometimes this style is referred to as Hiberno-Saxon, and it denotes the melding of Anglo Saxon and Celtic art. Hence the gorgeous patterning and loops characteristic of this type of work.

The font itself, either called insular or uncial, is actually the oldest, still-in-use font!

When it comes to Insular style, the Book of Kells, along with a few others (such as the Book of Durrow), are held up as prime examples. But the Book of Kells’s exquisite detail work, amount of illustration, and relative completion, really give a good guide to this style.

Aside from the wonderful mystery and complex history, the thing that continues to draw people to the Book of Kells is that it is stunning to look at. The delicate details, intense colors, stylized drawings and patterns are easy to appreciate.

Missionary books like these were meant to communicate the gospel to the masses, including those who could not read Latin. Conveying the message with gorgeous iconography and illustration could communicate the ideas without words. Though the Book of Kells was more than likely an object of veneration than a teaching tool, being an object used in the sacraments, making those illustrations into luscious works of arts only adds to that importance. When it comes to the Book of Kells, it has added to its longevity and importance.

Even if you just flip through the pages on the Trinity College site, you might get a sense why this book has enchanted people for centuries. Why it has been preserved for long, and why art historians still get caught up in the detailing and design. Or how this book inspired an entire, Oscar-nominated film based on its (possible) history, The Secret of Kells. 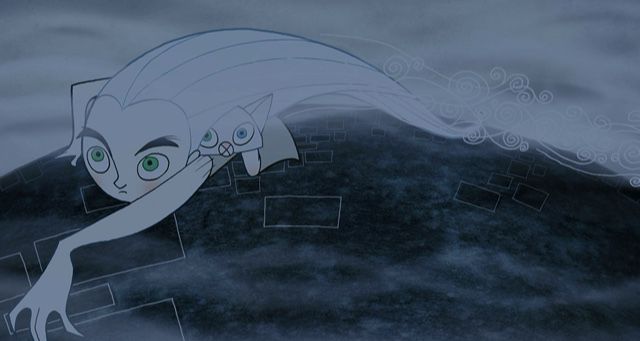 It is in our nature to be moved by beautiful artistry and by the allure of mystery. All that and more has made the Book of Kells an important work. Will it move you?

Information for this article taken from A History of Illuminated Manuscripts by Christopher De Hamel and from Trinity College.