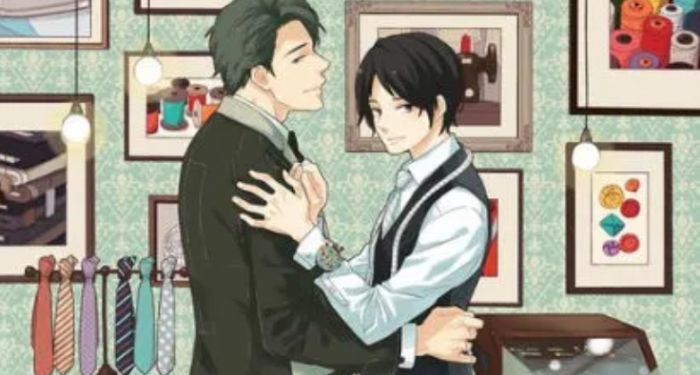 Boys’ love, abbreviated as BL, is a popular sub-genre of manga (as well as other fictional media) that portrays romantic and/or homoerotic relationships between male characters. Depending on the series, contemporary BL manga can be very PG, very explicit, or somewhere in between, which means readers looking for any spice level should be able to find something to pique their interest.

Something to keep in mind, though, when talking about BL manga is its audience. The genre, as we know it today, originated as a sub-genre in the shōjo category in the 1970s. This means it is a sub-genre written, in large part, for an audience of young women by women. And a big question that may emerge from that is: why?

If you peruse the internet, you may come across discussions like this reddit post where female readers themselves explain what draws them personally to BL. The reasons vary, and include readers appreciating the fact that no inherent gender norms are baked in, there is a lack of objectification of women (because there are no women), or they just simply enjoy looking at the pretty guys.

For something a bit more academic, however, a particularly enlightening look at BL is the book Boys Love Manga and Beyond: History, Culture, and Community in Japan edited by Mark McLelland, Kazumi Nagaike, Katsuhiko Suganuma, and James Welker. The book is a collection of critical essays by various experts and scholars, all examining BL through their own particular lenses of anthropology, history, sociology, and so on.

The current state of BL started all the way back in the 1970s, when the once-male-dominated space of shōjo manga underwent a huge shift as a new generation of female artists rose up and took over the genre. The Year 24 Group, as this generation of artists was known (due to all being born around the 24th year of the Shōwa era), expanded the category by including more complex themes in their work, bringing in characteristics from a variety of sub-genres, and incorporated attitudes reflected from the women’s liberation movement. As James Welker discusses in his essay “A Brief History of Shōnen’ai, Yaoi, and Boys Love” from Boys Love Manga and Beyond, the Year 24 Group can also be credited with the early development of shōnen’ai and the subsequent emergence of various BL genres.

So what led to the primary emergence and subsequent rise in popularity of these male-male romance genres, especially in this now female-dominated space? As Yukari Fujimoto, a shōjo manga critic, argues in her essay “The Evolution of BL as ‘Playing with Gender’: Viewing the Genesis and Development of BL from a Contemporary Perspective” (also from Boys Love Manga and Beyond), sex and sexuality for girls in Japanese society (particularly at that time) were concepts associated with fear as opposed to desire. In a misogynistic society where girls and women were expected to play very specific roles, shōnen’ai, with its lack of female characters, offered “an escape from the social realities of gender suppression and the avoidance of sex(uality).” And once this mechanism came to exist, it was able to take off because it gave women the opportunity to shift how they viewed sex and sexuality. Especially at that time, the way sex was understood was as something that was done to women, as opposed to something they actively participated in themselves. By being taken out of the equation, however, women no longer had to see themselves as the ones suffering, and were “free” to play with sexuality in ways that were not necessarily available to them in real life.

Furthermore, Fujimoto explores analyses of BL genres by other scholars, such as Yōko Nagakubo, who asserts that yaoi fiction, in particular, makes it possible for readers to experience both masculinity and femininity outside the framework of a difference in sex. Despite the extremely common seme-uke dynamic, both members of male-male couples depicted in the yaoi works she analyzed often had a mix of what would traditionally be considered masculine and feminine traits. Additionally, the seme-uke roles that each character takes on are not determined by their gender, but by the particular dynamic they have with whoever their partner happens to be. As in, a character could take on the seme (or what could traditionally be considered “masculine”) role when coupled with Partner A, but take on the uke (or what could traditionally be considered “feminine”) role when coupled with Partner B. Yumiko Watanabe, another critic, further assesses that these seme-uke dynamics have taken on even more diversity and nuance when characters are measured on societal, corporeal, and spiritual scales simultaneously. The various levels of these three factors combine to form complex relationship dynamics with subtle power balances.

Obviously, BL also has its problems. In the mid ’90s, the yaoi ronsō was a debate that took place through a series of essays published in Choisir, a feminist magazine. Masaki Satō, a gay writer, criticized the genre in an open letter. Some primary issues he identified were its inaccurate depiction of gay men, its reinforcement of misogyny, and its perverse nature. BL definitely can objectify gay men in really troubling ways. Just think back on those reddit users who expressed that they, heterosexual women, like consuming BL to see dudes make out. I’m certainly not here to comment on what other people find sexy or arousing, but I do think we can also all acknowledge the fact that we might be walking a fine line here. Another issue with BL is the common trope that its characters don’t actually identify as gay (or queer in any way), but simply only love each other. While it could be argued that the purpose of this trope is to highlight the idea of an ultimate, powerful form of love that triumphs over all, it also is a refusal to acknowledge the realities of homophobia.

It cannot be denied that the BL genre is a huge phenomenon. What we must understand, however, is that it is a genre with a complex history and that it is one that must be examined carefully with a critical, but open, eye. It does have its problems, which must be acknowledged, but the positives of BL also deserve plenty of recognition. Frankly, the same could be said of any genre or category, couldn’t it?

For the essays referenced in this essay, as well as more in-depth analyses of BL history and culture, you can check out the entire book Boys Love Manga and Beyond: History, Culture, and Community in Japan edited by Mark McLelland, Kazumi Nagaike, Katsuhiko Suganuma, and James Welker.

And for a look at how BL has been taken in and transformed by fandoms outside of Japan, check out the collection Boys’ Love Manga: Essays on the Sexual Ambiguity and Cross-Cultural Fandom of the Genre edited by Antonia Levi, Mark McHarry, and Dru Pagliassotti.

Finally, for some great BL recommendations, check out this post about healthy pairings in BL.