I was excited when Warner Brothers announced a Birds of Prey film. DC’s ladies, with the exception of Wonder Woman (and we all remember in BvS, when the first thing Snyder did upon her appearance in costume was to slide the camera up her skirt; Joss Whedon followed by focusing his framing almost entirely on Gal Godot’s butt), were notably absent from the big screen for a couple of decades prior to Suicide Squad‘s release. And I think we can all agree their purpose in that particular mess was to titillate more than make a statement about powerful women, either heroic or villainous. 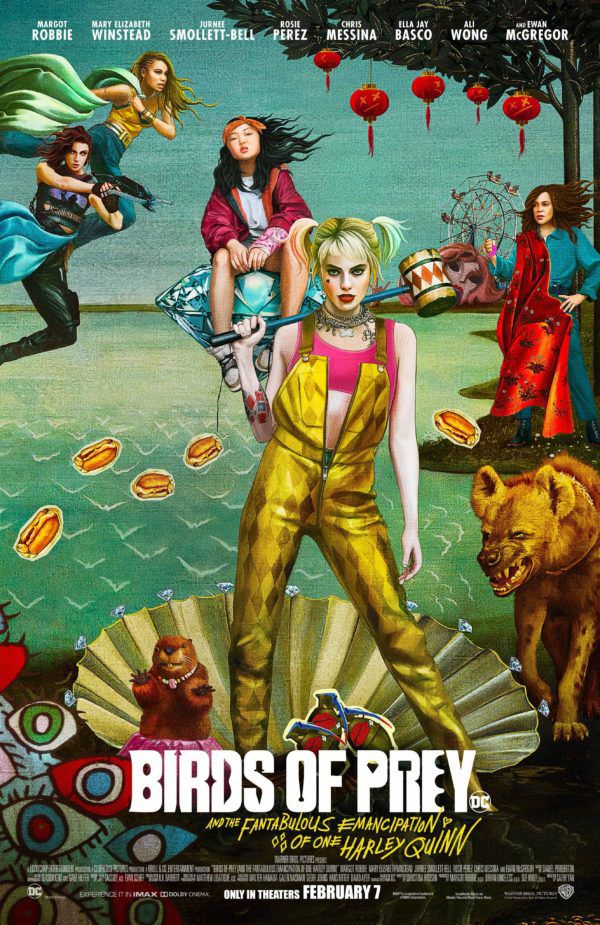 My anticipation waned significantly after the first teaser showed up online. It was a lot of flashing lights, leather, and heels. Which isn’t a bad thing in and of itself but it suggested to me, at least to some extent, this proud, powerful team was already very much down the road to being fetish dolls. After the Batgirl of Burnside, in her most excellent suit and her practical, yellow Doc Martens, alternative routes to costuming were literally right there. My husband, however, pointed out to me that it wasn’t really fair to judge an entire movie by a 20 second phone video and, yeah, that’s true. I still had misgivings but I was willing to give it a shot.

And then they announced the full title: Birds of Prey (and the Fantabulous Emancipation of One Harley Quinn).

For the sake of full disclosure, I’m not a huge Margot Robbie fan. I don’t really know why. I’ve never met the woman and I’m sure she’s a perfectly lovely human being. I very much did not enjoy her turn in Suicide Squad (though, to be fair, again, that thing was a general hot mess and the stories coming off the set about Jared Leto predisposed me to feel squicky about it). I know actors can only work with what they’re given; there’s a script and a director and, depending on who that director is (in the case of Suicide Squad, David Ayer), the cast only gets so much interpretive freedom. But the Harley who was in Suicide Squad was so. Very. Reductive. She was a tool first for the Joker and then for Amanda Waller. She had no agency of her own. Her intelligence was either laughed off or played for a site gag.

Harleen Quinzel graduated from medical school. She was a brilliant and promising psychiatrist. Putting glasses and a white coat on an actress is a lame shortcut to having her integrate those aspects of her character’s history in to her performance. After all she’s been through, Harley deserves more. I’m hoping with Cathy Yan at the helm we’ll get it, though successive trailers have left me less than optimistic. Was Suicide Squad‘s Harley brave? Undoubtedly. She left an abusive relationship and that takes so much courage. But now that she’s free, we need to see a Harley who’s more than a one trick jester. We all contain multitudes. I want to see some of hers. 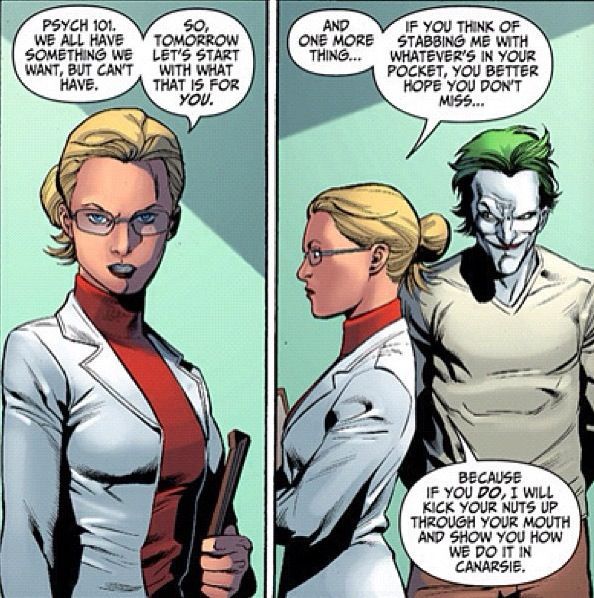 Of course, Harley’s presence in the Birds of Prey story is problematic in and of itself because it makes the movie her story and not theirs. The structure this film appears (and again, have only seen trailers, and yes, I’m going to go see the movie) to use Dinah Lance/Black Canary, Helena Bertinelli/Huntress, Cassandra Cain, and Renee Montoya as vehicles to get Harley what she wants. A woman finding herself after leaving an abuser is so important and I hope we see that journey. But. So many people were excited about the (previously very limited, big screen) representation Birds of Prey and the story as teased by previews is one in which women of color are lined up behind the white lady. They exist because she needs/wants them too.

Black Canary, Huntress, and Montoya are all towering figures in their own right and they deserve to have their moment front and center. The actresses portraying them (Jurnee Smollet-Bell, Mary Elizabeth Winstead, and Rosie Perez) deserve that as well. 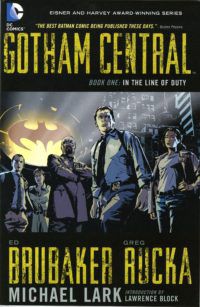 And, while we’re here, let’s talk about Renee Montoya for a second: Montoya is one of DC’s few out and proud, enduringly queer characters. She is an amazing detective. At one point, she was the freaking Question. She is a pivotal agent in some of Gotham’s darkest tales (both thematically and artistically). In Gotham Central, her partner Crispus Allen was murdered and became The Spectre. Do I take issue with Birds of Prey giving her a little sparkle? I do not. What I’m very concerned is going to happen, however, is that somewhere in the neon flash, leather-clad fever dream with a hyena the movie is promising to be, Montoya’s sexuality is going to be used not as a part of who she is, but for the edification of the fanboys (the Wikipedia entry on Birds of Prey specifically lists her as “a lesbian detective.” None of the other character’s sexualities are expressed). I’m concerned Montoya will have intense moments with other women that will be framed and filmed in that oh so very special way (sarcastic font) men find…stimulating. That all the women in the film will be fetishized, but the main target of that mindset will be Montoya, and thanks, I hate it.

Birds of Prey comes out February 7, and since the hubs has gone to two author lectures with me in the last six weeks, it only seems fair I see it with him despite my misgivings. I wish I could say I was going in with no expectations, but that would be a lie: I expect that last little bit of fangirl in me is going to be disappointed. I hope I’m pleasantly surprised and stranger things have happened. I’ll let y’all know either way.