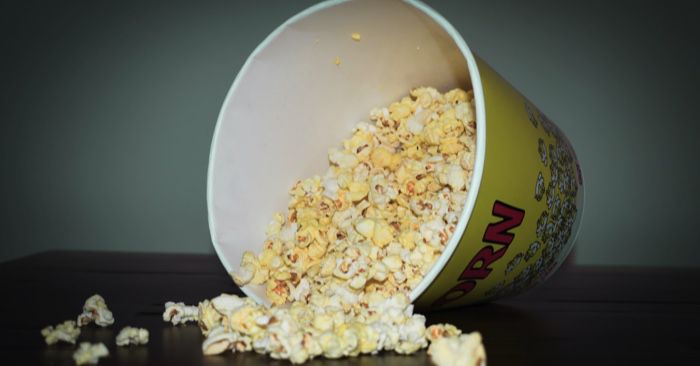 Spoiler for My Sister’s Keeper below.

When I first heard that The Baby-Sitters Club was coming to Netflix I was equal parts excited and terrified. It’s been years since I’ve read a book from the series but there’s something about old favourites, particularly childhood ones, that just seems to have a hold over me. Which is why, as excited I was about the series, I still haven’t brought myself to watch it.

There’s something about watching an onscreen adaptation of a book I love that just bothers me. I was always a very sensitive child and I think I still rank pretty high on the emotional quotient scale. The books that I read would take up place in my heart and mind and form lives of their own. I’d build up their universes to go beyond the stories I read – building up the characters and imagining what their lives would be like.

Seeing the stories on screen never matched the rich details I always imagined in my head. As a young girl, books allowed me to make myself a part of my favourite stories. I could make the characters look like me, extend their stories in a way that I could fit in. But movies made it different. They defined the details exactly, perhaps a bit too much for my liking.  Whether it was the voices, the tones of the dialogues, the setting, or even just the way they looked – something was never quite right.

Movies also don’t do justice to the characters I find myself most attached to. While most of the time my favourite character is never the main one, My Sister’s Keeper was a rare exception where I was equally attached to both Kate and Anna Fitzgerald. More importantly though, it was their fight for themselves and each other that pulled the whole book together. The story sees offers a rarely seen reality check on fleeting mortality with Anna’s heartbreaking death, which ended up being her way to emancipation. By switching it around and having Kate die instead, the movie seemed to disregard almost the entire struggle that the book tries to encapsulate.

It often seems like reading is a dying hobby in our generation. The fast pace of social media has made it impossible for us to focus on a mere article much less a whole book, and distractions are always plentiful. But to those who read, there’s a power in words that simply cannot be replaced.

Of course movie lovers will argue that movies simply do not have the time to cover all the details and I agree. The limited time frame simply isn’t capable of doing justice to the characters they try to bring to life. Written characters often come about with the most painstaking details put together. Each thought, setting, and narrative seems to be carefully crafted and taking out even a part of those makes all of it fall apart.

Books can explore the inner thoughts of character and slowly set the scene. They build up to climaxes with an ability that visuals lack. Inner monologues on screen often seem forced, and in my opinion, they are the hardest thing to get right. While movies make you a spectator, books always make me feel like they’ve swallowed me up. It’s as if I’m in the mind of the character, which is something that seems a lot harder to do when you can see said character in front of you.

As most of my family and friends know, my books mean a lot to me. I can read and reread the stories I love countless times, and each time come out with a new understanding of them. So, while I’m up for a Netflix original as much as the next person, I think I’ll stick to keeping my favourite stories in my head. But you never know, maybe I’ll cave and finally watch The Baby-Sitters Club just so I can do a detailed comparison of each part with the books.